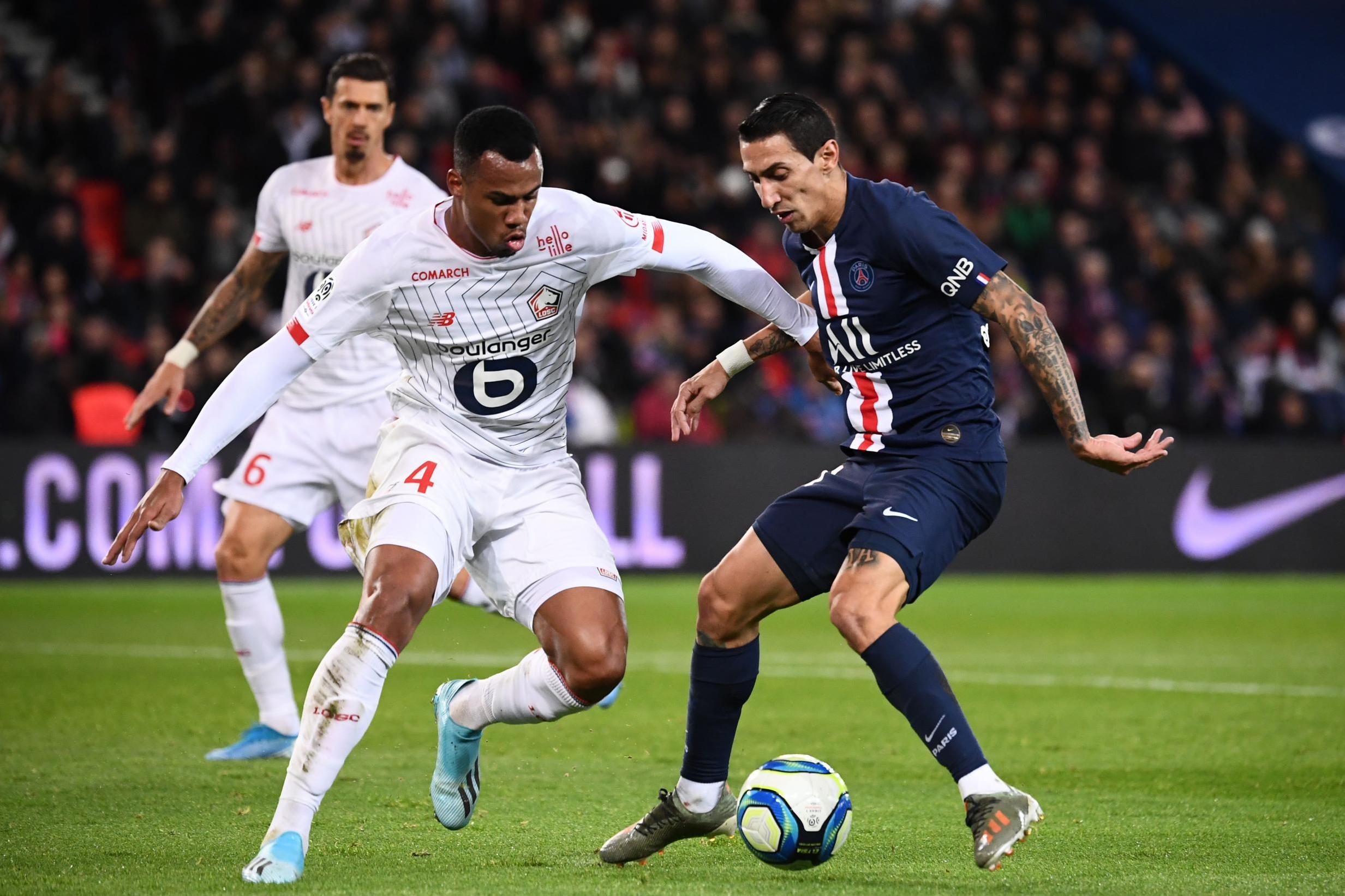 The 22-year-old is expected to leave the French club this summer after a standout season, with Lille finishing in fourth in a Ligue 1 campaign that was curtailed in April.

Man United enjoyed a fine end to the season, securing Champions League football with an impressive third-place finish – a feat that will significantly boost their available funds this summer.

While Standard Sport understands Solskjaer is prioritising a move for Borussia Dortmund star Jadon Sancho, the Norwegian is also said to want a new partner for Harry Maguire.

And according to Sky Sports, Magalhaes’ representatives are in the UK to negotiate a deal for the defender, with United and Everton both interested.

Here’s everything you need to know about the Lille star…

Gabriel made his move to Lille in 2017 in a £1.5m move having made just 21 appearances for Brazilian second-tier side Avai, where he started his career.

The youngster was sent out loan twice after struggling to make an immediate impact at Lille, first to French club Troyes, before completing a loan move to Dynamo Zagreb in January of 2018.

After returning to Lille ahead of the 2018-19 season, Gabriel failed to make his first Ligue 1 start until February, though subsequently forged a formidable partnership with Jose Fonte after nailing down a place in the team.

With Gabriel at the heart of defence, Lille qualified for the Champions League for the first time in seven years, in which the Brazilian furthered his reputation with a number of impressive displays.

As stated, Gabriel’s time in France looks to be coming to an end, however, with the defender expected to make a decision on his future in the coming days.

Gabriel is a prime example of a modern-day centre back. Standing at 6’3″, the Brazilian is tall, quick and versatile, playing both in a back-two and a back-three on occasion this season.

The 22-year-old plays as a left-sided left-back which, of course, suits United’s needs. Though registering just a single goal in 34 games this season, Gabriel was heavily involved in Lille’s build-up play, his distribution qualities proving a real asset.

The Brazilian has great passing technique, regularly looking for both the cross-field diagonal and a direct route over the top of the defence, even playing a game as a defensive midfielder this season.

Another area of Gabriel’s game that is particularly impressive is his physicality, with Lille president Gerard Lopez describing him as an “absolute machine”.

Lopez also believes the defender – who has received interest from two clubs in the Premier League – will break into the Brazil national team in the near future.

“I feel he is among the top five dominant central defenders in Europe right now. His statistics, which aren’t well covered outside of France, shows that his percentage for winning duels is pretty unheard of in a league that’s extremely physical,” he said.

“He’s an absolute machine, so to me, he’s well on his way – if not this year – to potentially a really big club. I’m certain he’s on his way to the Brazilian national team at some point.

“He’s been linked to two clubs in the UK and he’s clearly been linked to other clubs that have either enquired or moved forward with proposals for him, but we’re not in a hurry and we’re not playing right now. The player isn’t on the pitch.”

The interest in Gabriel is widespread, with Everton, Napoli and Paris Saint-Germain all battling for the Brazilian’s signature.

According to Sky Sports, Napoli remain in negotiations, despite recently splashing £45m on Victor Osimhen.

However, the defender was reportedly allowed additional time to decide his future, with PSG joining the mix, alongside an “unnamed Premier League side” submitting a bid believed to be over £22m.

Meanwhile, Gabriel fits all the requirements at United due to his age and, importantly, price – around £20m – which is within the club’s budget.