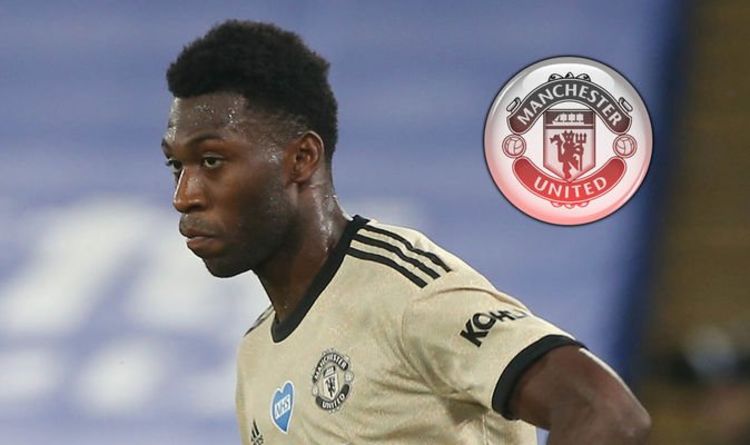 Manchester United star Tim Fosu-Mensah will be given the chance to earn a long-term future at Old Trafford, reports say. The youngster is wanted by clubs in Germany ahead of the summer transfer window. But it appears Ole Gunnar Solskjaer is poised to give him opportunities in order to prove his worth.

Fosu-Mensah made his first appearance for United in three years on Thursday, starting the Red Devils’ 2-0 Premier League win over Crystal Palace.

He did well, too, filling in at left-back after Luke Shaw and Brandon Williams were sidelined through injury.

Fosu-Mensah himself was making his first appearance in 16 months for any club, having been ruled out through an anterior cruciate ligament injury sustained on loan at Fulham last year.

And the Manchester Evening News say United are set to back the 22-year-old.

Back in April, the club triggered a one-year extension in the Dutchman’s contract in order to avoid losing him on a free transfer.

“I’ve seen Timothy in training and seen him before with his pace and physicality, and his attributes. We thought he deserved to play this game and he proved that, he showed it.

“He’s going to feel it tomorrow morning but delighted for him.”

Fosu-Mensah, for his part, was delighted to be back. Although he admitted it was hard work, having spent so long on the sidelines.

“It feels good. I’m happy to play for the club again, but I’m more happy that we got the win today,” he told MUTV.

“It was hard, it was hard. But that’s what you work such a long time for, all these months, for moments like this.

“It was quite special (being back at Selhurst). Every time I step on this pitch it’s a special feeling because I had a nice season here, with some great people so it’s special.”

On whether he was comfortable at left-back, he added: “Comfortable is a big word but I’ve played there before, I think I made my debut against Arsenal and came on as a left-back.

“I’ve not played there for a long time but I can play lots of positions.”

Fosu-Mensah could feature when United lock horns with Chelsea in their FA Cup showdown on Sunday.

The Red Devils have won their last four matches against the Blues and enter the match on the back of a 19-game unbeaten run.