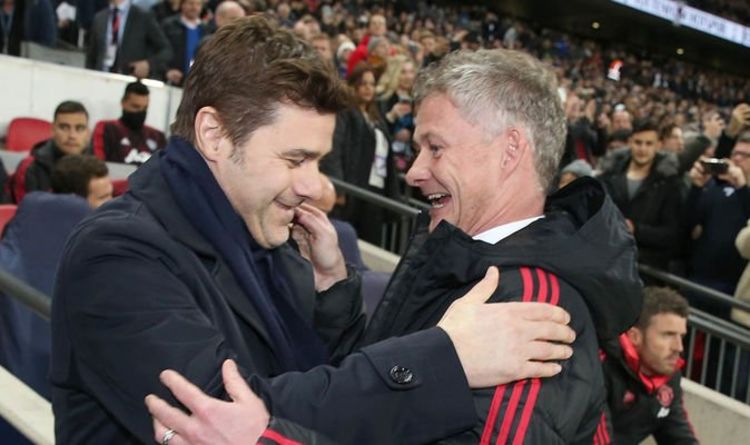 Manchester United have played down talk of sacking Ole Gunnar Solskjaer and replacing him with Mauricio Pochettino, according to reports. The Norwegian is already under pressure just three games into the new Premier League season. But it seems the Red Devils won’t be wielding the axe just yet.

Manchester United have endured a torrid start to the new Premier League season under Solskjaer.

Despite steering the club to a third-placed Premier League finish last term, the Red Devils have lost two of their first three matches – against Crystal Palace and Tottenham respectively.

Even the one match United have won, against Brighton, they were fortunate – with Albion hitting the post five times in a 3-2 defeat.

All of that has led to talk that Solskjaer could be sacked should results not improve, with Pochettino keen to take over.

But TeamTalk claim that United have downplayed talk of sacking the Norwegian.

It’s said that Pochettino does indeed have admirers within the boardroom, having done brilliant jobs at Southampton and Tottenham in the past.

But United will let Solskjaer carry on for the time being and hope that he’ll turn things around.

The Tottenham defeat was humiliating on Sunday, with Jose Mourinho’s side scoring six times on a sensational afternoon of football at Old Trafford.

And Solskjaer said afterwards: “It is embarrassing, I hold my hands up, it is my fault. It is not Manchester United.

“You don’t win games by making individual mistakes, errors and a performance like that.

“It was nowhere near good enough. Today is the worst. I can’t say any more than that. When you have a defeat like this you have to look yourself in the mirror.”

Alan Shearer slammed United on Match of the Day 2 after the showdown – and expressed a belief that Solskjaer hadn’t been supported in the transfer market.

He said: “You can sit and criticise Man United’s back four, and rightly so because they were awful.

“But, they had no protection, whatsoever, from anyone in that midfield. Particularly Pogba and Matic.

“They conceded all those goals today, and it should have been more.

“I can think of other words that we can use, other than shambles.

“My worry for Ole is that why haven’t they backed him?

“Why are they not investing? It doesn’t take a genius to figure out what they need.

“Why aren’t they going out and getting those players that they need?”