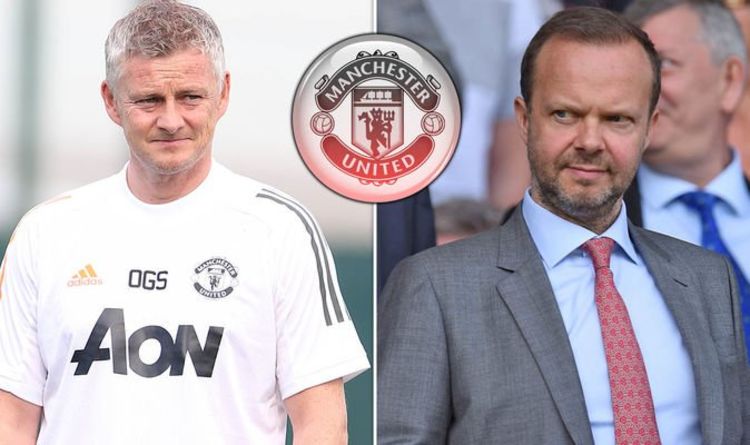 Manchester United boss Ole Gunnar Solskjaer is growing annoyed at Ed Woodward not landing his transfer targets so far this summer, reports claim. The Norwegian has captured Donny van de Beek but wants Jadon Sancho and another centre-back. But time is trickling out.

Manchester United signed Van de Beek earlier in the month, with the midfielder arriving from Ajax in a £40million deal.

However, the Red Devils risk falling behind the Premier League elite with their rivals all strengthening around them.

Arsenal have been active, too, with Pablo Mari, Gabriel Magalhaes and Willian all uprooting to north London. Houssem Aouar could follow as well.

And Tottenham are poised to land Gareth Bale and Sergio Reguilon, having already secured the signings of Pierre-Emile Hojbjerg and Matt Doherty from Southampton and Wolves respectively.

United fans are growing frustrated, taking to social media to express their anger.

He’s a particular big fan of RB Leipzig star Dayot Upamecano, who impressed as his side reached the semi-finals of the Champions League.

But United may have to sell before they buy and they’re scrambling to find suitors for Chris Smalling, Marcos Rojo and Phil Jones at the current moment in time.

Solskjaer has put a brave face on in public, saying recently: “You just have to go day by day, making sure you develop and improve.