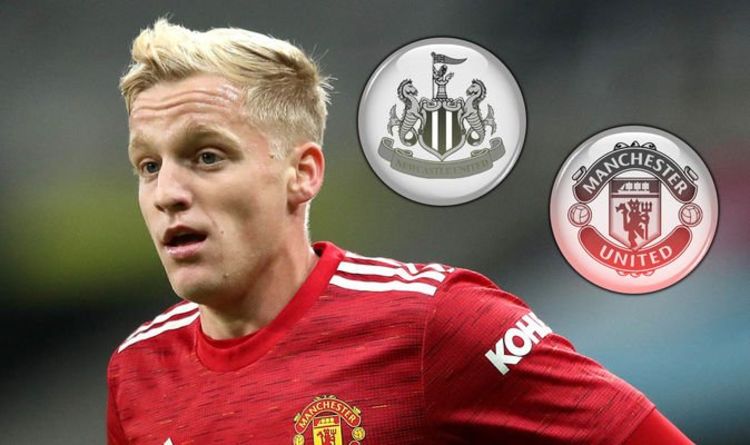 Manchester United manager Ole Gunnar Solskjaer has insisted Donny van de Beek has a big role to play this season. The Netherlands international was benched for Saturday’s Premier League win over Newcastle at St James’ Park. And he’s still waiting for a first league start of the campaign.

Van de Beek was expected to start against Newcastle on Saturday.

But the United star was benched instead, with Solskjaer choosing to select Scott McTominay, Fred and Bruno Fernandes in the heart of his midfield.

The Red Devils signed Van de Beek from Ajax for £40million back in the summer transfer window but fans are still waiting to see what the 23-year-old is capable of in the Premier League.

He made a good cameo against Newcastle, helping the Red Devils win 4-1.

And, speaking after the game, Solskjaer insisted the Dutchman had a big role to play and would start more matches in the coming weeks.

“You look at the opposition and you look at yourself and what is the best balance and I thought we found the right one today.

“The ones who stayed on the bench as well – they were our supporters tonight so there was a great attitude and team spirit.”

Harry Maguire was on target for United against Newcastle.

The England international has endured a rough start to the season but his goal came at a vital time, drawing the club level after Luke Shaw’s own goal.

And, speaking about Maguire after the game, Solskjaer said: “I thought he was excellent. He scored a goal and led by example.

“[He did some] great defending. When we’ve got the ball, he’s so calm and we can control it with him.

“And he had some great chances [to score more goals] as well.

“He’s always a good character around the place and I’m very happy for him because he’s had a couple of tough weeks since his last game for us.”