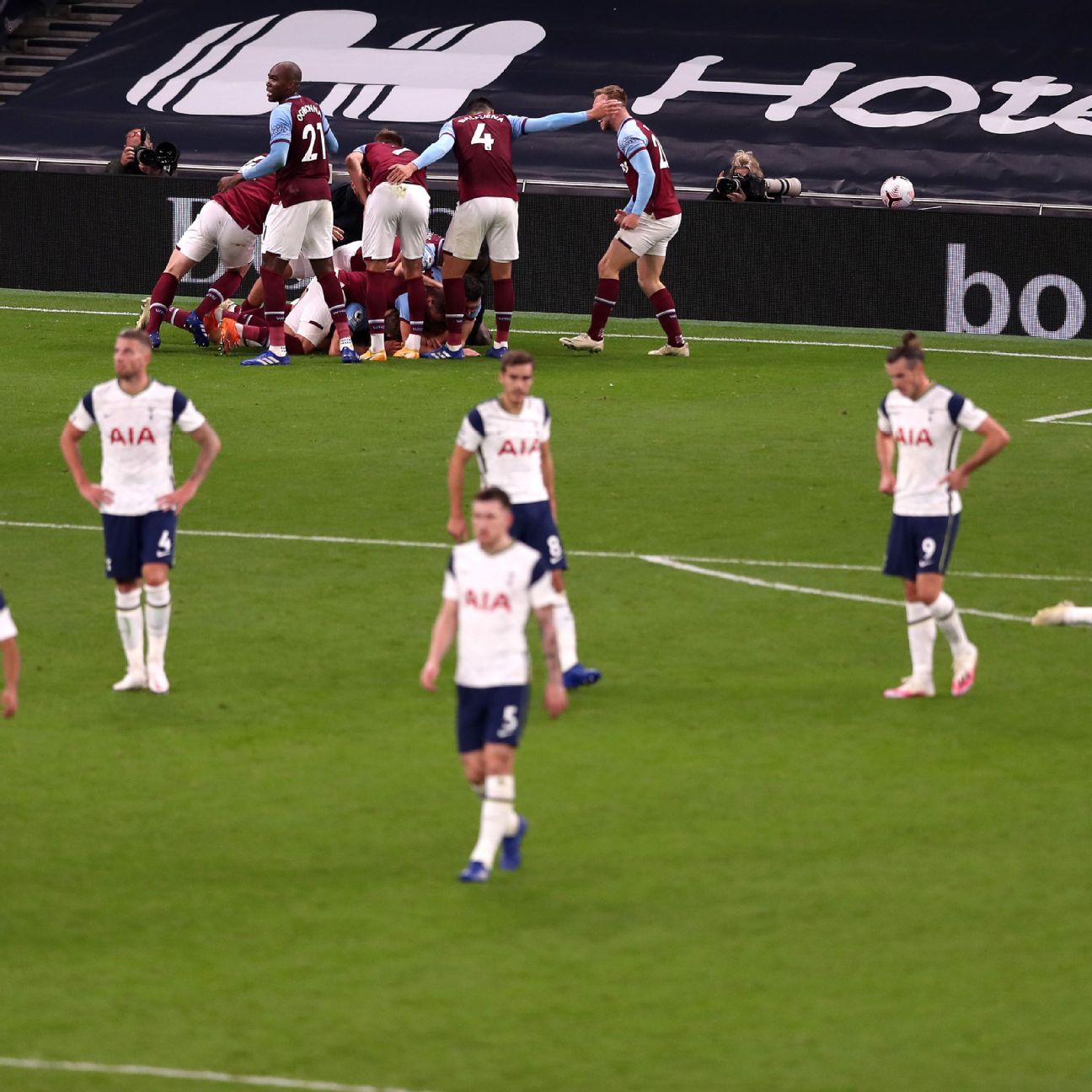 Tottenham threw away a three-goal lead to draw 3-3 against West Ham United at home on Sunday.

Manuel Lanzini scored a stunner in stoppage-time to rescue a point for David Moyes’ side.

Spurs went 3-0 ahead after a Harry Kane double and Son Heung-Min goal in the first half. Fabian Balbeuna and a Davinson Sanchez own goal got the visitors back in the game in the last 10 minutes before Lanzini’s strike.

Gareth Bale also made his first appearance since his return to the club after coming on in the second half.

The hosts took the lead inside the first minute when Kane played a through ball to Son who finished with a curling shot.

Son quickly returned the favour when he set up Kane who nutmegged Declan Rice and produced a low drive into the corner.

Kane scored his second after 16 minutes when he headed home from Sergio Reguilon‘s cross.

West Ham should have reduced the deficit just after the break but Pedro Fornals produced one of the misses of the season when his close range header went over the bar.

Bale come on after 70 minutes and his first touch was a free kick which was comfortably saved by Lukasz Fabianski.

Kane almost bagged his hat trick but his left-footed shot hit the post before West Ham responded with Balbeuna and a Sanchez own goal.

Bale came close to scoring in the final stages but his shot went narrowly wide before Lanzini struck from long range to equalise.

Man United can justify transfer strategy with line up vs PSG

Man United can justify transfer strategy with line up vs PSG