The coronavirus pandemic has made the transfer market uncertain — and you can find out when the windows open and close here — but here are the rumours floating around Europe’s big leagues and beyond. Plus, check out all the latest major completed transfers across Europe.

Tottenham Hotspur‘s formal approach for Southampton striker Danny Ings has been rejected, according to the Guardian.

On Thursday, the Telegraph revealed that Spurs were interested in Saints’ star striker after he racked up an impressive 25 goals in 38 appearances for the south coast club last season. But the Guardian now reports that while Tottenham are yet to bid for the 28-year-old, a formal approach for the forward has been rejected. The report adds that Southampton remain hopeful of tying down Ings to a fresh contract at St. Mary’s.

It’s also claimed that Eintracht Frankfurt forward Bas Dost has caught Mourinho’s eye amid the club’s pursuit to bring Gareth Bale in on loan from Real Madrid. After failing to sign Callum Wilson from Bournemouth, Mourinho is said to still be in need of another striker. However, any possible move for Dost is unlikely to be permanent one.

11.44 BST: Mario Gotze is without a club after his contract at Borussia Dortmund, the club he rejoined from Bayern in 2016, expired this summer and says he won’t retire without winning the Champions League title.

“I want to win the Champions League by all means. This motivates me every day, in every training,” he told Bild. “I don’t want to retire without winning this trophy once.”

Only a handful of clubs compete for Europe’s biggest club trophy, but Gotze is confident he can find one to sign him. “I have never said that I must leave Bundesliga. There are several ambitious clubs in Germany,” he added.

Gotze, 28, had been linked with MLS side Inter Miami, but he politely rejected the idea of leaving Europe, saying: “I think the US and MLS are exciting too, but currently that’s no topic for me. My focus in on Europe.”

The midfielder played a crucial goal in helping Germany to success at the 2014 World Cup when scoring the only goal in the final against Argentina, but his club career has seen him struggle in recent years.

Pochettino has been out of a job since leaving Spurs in November 2019 after five years in charge. During his time at Spurs, Pochettino was linked on several occasions to Madrid and was also touted to take over at Barcelona.

“I don’t know if I will ever be coach of Real Madrid because football takes you where it wants to but for sure, it’s my dream,” Pochettino told Cadena Cope radio. “If it’s not the best, it’s among the best clubs in the world. It has a great history and I think I’m no different from other football professionals. Any coach would have on their dream list to guide Real Madrid.”

But Pochettino, who played and managed Barca’s city rivals Espanyol earlier in his career, said he did not receive an offer from Barca this summer.

“I did not see [Barcelona president Josep Maria] Bartomeu but I did have lunch with [Barcelona technical secretary] Ramon Planes,” Pochettino said. “We have a great friendship but I was not offered the position to coach Barcelona. I didn’t get one [offer] from PSG, nor Juventus, nor Inter Milan. I did get calls from Benfica and from Monaco. I have no need to lie.”

The club, where James played for one-and-a-half seasons before moving to FC Porto in 2010, are entitled to a cut of the money from the Colombian’s subsequent transfers.

Everton announced earlier this month that James had arrived for an undisclosed fee, reported to be €25m. But Banfield issued a statement revealing they will not receive any money from his switch to Everton.

“Despite the media reports which indicated that the transfer had a fee, a situation that would see Banfield benefit with a percentage of that sum for having contributed to the training of the player, this was not the case,” it read. “Unfortunately, because of James Rodriguez’s switch from Real Madrid to Everton, no money is due for Banfield. The transaction was made at no cost, as if it were a free player. The pertinent consultations have already been made to the two clubs involved and to the corresponding organisations. In all cases they confirmed to us that the club will not receive money as a solidarity mechanism.”

10.45 BST: The Bundesliga is back today (stream live on ESPN+) and Bayern Munich will have to move on from Thiago quickly, as he joins Liverpool.

Derek Rae explains the hole Bayern need to fill with Thiago leaving for Liverpool in the Premier League.

The Reds have contacted the Championship side over Sarr and are at the enquiry stage of the deal, with a fee still to be negotiated.

Jurgen Klopp has moved quickly this week to bolster his side with midfielder Thiago, set to arrive for an initial £20m from Bayern Munich, and has now turned attention to Sarr to bolster their forward line. They were strongly linked with Germany striker Timo Werner earlier this summer, but he ended up joining Chelsea for £47.7m and Klopp is still keen to add a further player to his attacking options.

Milan have already strengthened their midfield with the arrival of Sandro Tonalli from Brescia this summer but the Rossoneri are in the market for another midfielder and have identified Torreira.

Indeed, Milan have contacted the player’s agent to see if the Uruguay international would be keen on a return to Serie A. Torreira, who joined the Gunners from Sampdoria in the summer of 2018, is tied to the Gunners for another three seasons and made 29 league appearances last season, but has dropped down the pecking order this year.

09.55 BST: Borussia Dortmund have sent 19-year-old midfielder Immanuel Pherai out on a one-year loan to Dutch side PEC Zwolle and at the same time extended his contract until 2022.

Dortmund are hoping he can win experience at a high level. Last term, Pherai made the Dortmund senior squad four times, but did not feature for Lucien Favre’s first-team.

09.34 BST: Manchester United are a bit of a mess when it comes to transfers, aren’t they?

Julien Laurens is stunned by Manchester United being frustrated with fans who demand more transfer activity.

– Manchester United are growing increasingly frustrated at the social media frenzy around their transfer activity and believe it is creating a cloud of negativity ahead of their start to the new Premier League season, sources told ESPN’s Rob Dawson.

– Arsenal finally confirmed Pierre-Emerick Aubameyang‘s new three-year contract this week, but the lengthy delay in an official announcement was not down to any glitch in negotiations. Sources told ESPN’s James Olley there were lengthy internal conversations at the club about how to make the news public, with the club’s new head of brand marketing, Adam Gardiner, keen to shake things up following their recent off-field restructure.

08.50 BST: Liverpool have beaten off rival interest from Manchester United to seal a deal worth an initial £20m for Bayern Munich midfielder Thiago Alcantara, sources have told ESPN’s Mark Ogden. And he will arrive on Merseyside for a medical on Friday.

Thiago, 29, whose contract with the Champions League winners was due to expire next summer, has agreed a four-year deal and he will wear the No. 6 shirt.

Sources said that the fee for Thiago could rise to £25m, based on Liverpool winning the Premier League or Champions League during his time at Anfield.

08.31 BST: Manchester City have more than enough firepower to reclaim the Premier League title from Liverpool even without Lionel Messi, according to new signing Ferran Torres.

City might have had Messi in their sights during the summer but the Argentina captain ultimately couldn’t force a move away from Barcelona.

Even without the six-time Ballon d’Or winner, Torres, a £20m summer signing from Valencia, believes Pep Guardiola’s squad is strong enough to win the top trophies at home and abroad this season.

“I think we have a fantastic team beyond Messi,” said Torres. “We have a group of players ready to compete against any opponent and we are able to do great things in the Champions League.”

– Roma have confirmed the signing of Hellas Verona defender Marash Kumbulla on a two-year loan deal with an obligation to buy for €13.5m.

Sources have told ESPN the money generated from that transfer has fast-tracked their interest in Dest if a suitable transfer fee can by agreed between the clubs.

Dest, 19, is regarded as one of the world’s best young right-backs and has been on the radar of a number of top clubs this summer.

He is also of interest to Barcelona’s radar but sources have told ESPN they need to sell before they can bring any more players in with the club trying to shift Nelson Semedo.

Mark Ogden details Sergio Reguilon’s proposed transfer to Tottenham and what it means for Manchester United. 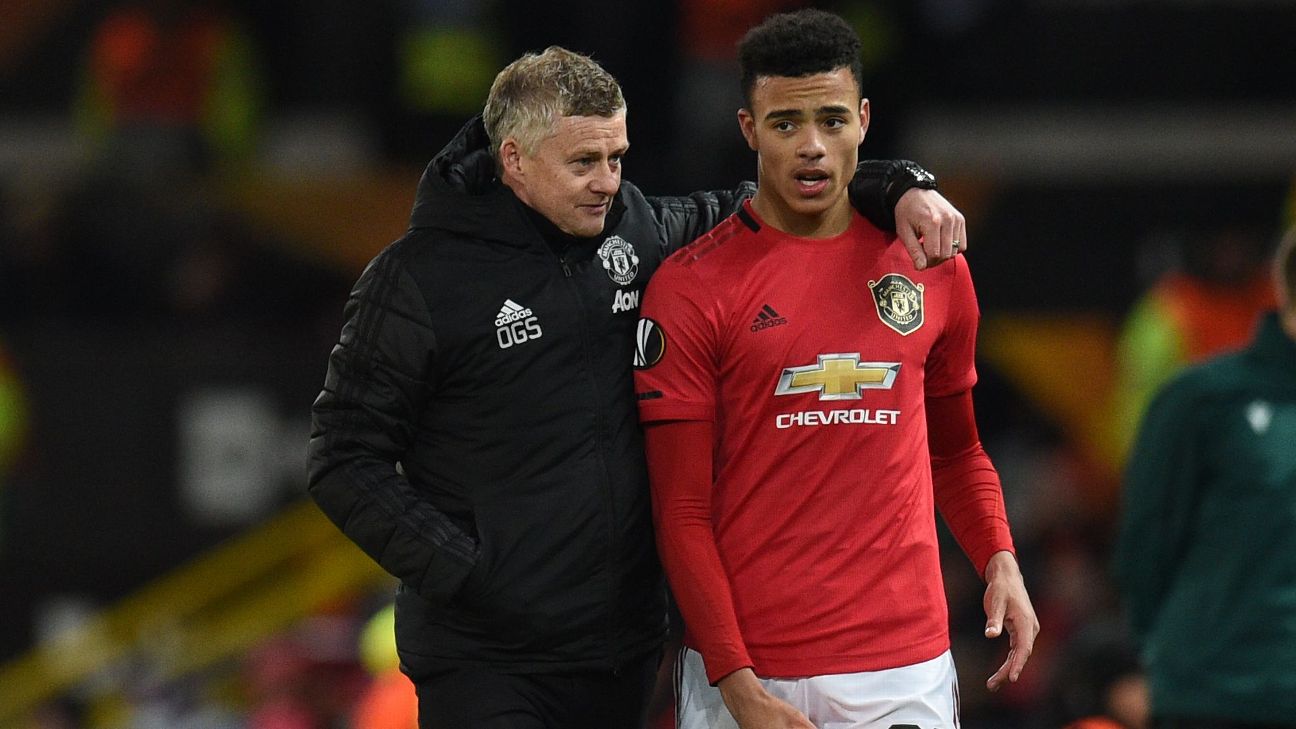 United were monitoring Telles earlier this summer with a view to adding depth to their squad, and the report suggests that Solskjaer has renewed his interest in the 27-year-old left-back as a direct consequence of Reguilon’s expected move to Tottenham.

Telles is reportedly available for just over £18m, with one year remaining on his contract with Porto. It is said that the defender’s renewal talks with the former European champions broke down last week after he requested wages of up to £88,000-a-week.

– Mexico and Monterrey midfielder Carlos Rodriguez is of interest to Lazio and after months of talks a deal could be reached relatively soon, according to sources consulted by ESPN’s Moises Llorens. The 23-year-old Rayados player has been highly praised by Mexico coach Gerardo “Tata” Martino and shone for Monterrey in the Club World Cup semifinal against Liverpool last December. Aside from Lazio, a number of clubs in the Bundesliga and La Liga have also followed the progress of a player who has already won Liga MX and CONCACAF Champions League and is widely considered to be one of the best in Mexico’s younger generation.

– Mikel Arteta has plenty to ponder after Brentford officials told Arsenal chiefs that they will only sell goalkeeper David Raya if he is loaned back to them for the rest of the season. Arsenal are chasing a backup goalkeeper following the departure of Emiliano Martinez to Aston Villa. After the Telegraph reported that Brentford rejected a £10m bid from Arsenal for Raya, Sky Sports have claimed that the Bees are only willing to part with one player this transfer window: Said Benrahma, who is being targeted by Crystal Palace. Arsenal remain close to signing Dijon stopper Runar Alex Runarsson.

– Fulham will attempt to sign Huddersfield Town defender Terence Kongolo on a permanent deal after being impressed with his loan stint at the club towards the end of last season, according to Football Insider, which adds that the Terriers are willing to part with the Netherlands international in an attempt to raise some much-needed cash.