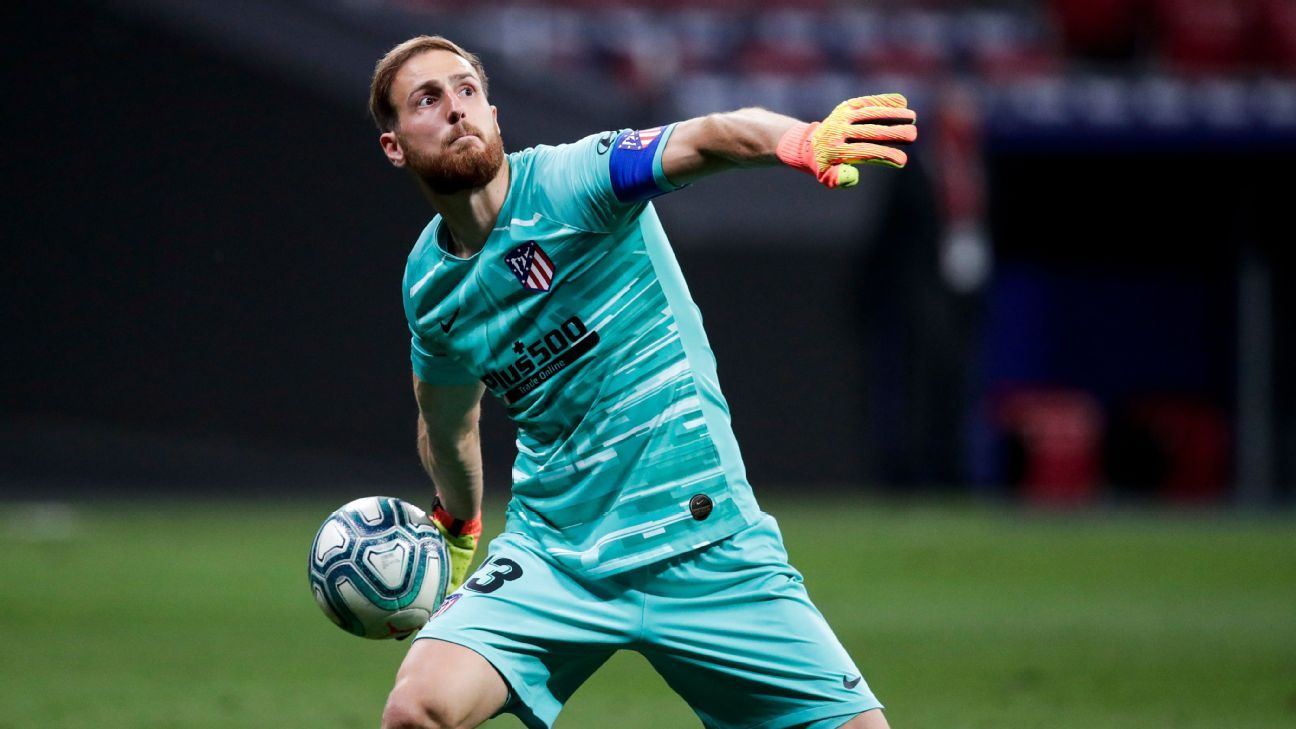 The coronavirus pandemic has made the summer transfer window uncertain, but here are the rumours floating around Europe’s big leagues and beyond.

Chelsea have regularly been linked with several goalkeepers but the Mirror is saying that the Blues are making Atletico Madrid stopper Jan Oblak their top target.

– Stream ESPN FC Daily on ESPN+
– What did you miss? The latest from Europe’s top leagues

The Slovenian stopper has a £120 million release clause in his contract that runs through 2023, so Chelsea are looking to offload current No. 1 Kepa Arrizabalaga as part of the deal to offset some of the cost.

Kepa, 25, became the world’s most expensive goalkeeper when he made the switch from Athletic Bilbao to Chelsea for £71.6m in 2018, but has since struggled to justify his substantial price-tag.

Chelsea have also been linked to Dean Henderson (on loan at Sheffield United from Manchester United) and Andre Onana of Ajax Amsterdam.

Calciomercato have suggested that Napoli midfielder Allan will leave the club during the next transfer window, as Aurelio De Laurentiis looks to raise funds from the sale.

Napoli are reportedly demanding more than the €20m-€25m they were offered during the January window, with Paris Saint-Germain showing interest and his former manager Carlo Ancelloti aiming to bring him to Everton.

The Brazilian has made 20 starts and seven substitute appearances across all competitions so far this term, recording one goal and one assist.

One of the names Napoli could be looking at to replace Allan is FC Salzburg‘s 19-year-old star Dominik Szoboszlai, who has also drawn interest from AC Milan. The young Hungarian has a pricetag of €25m from the Austrian champions.

Paris Saint-Germain have identified Atalanta‘s Timothy Castagne to replace Thomas Meunier, who is heading to Borussia Dortmund, according to le10sport.

Meunier’s fellow Belgian has a contract that comes to an end in June 2021, which could encourage the upstart Italian club to sell.

This stance comes despite the 24-year-old making 19 starts and seven substitute appearances across Serie A and the Champions League, scoring two goals and assisting one.

– There is interest being shown in signing Rivaldinho, son of Brazilian legend Rivaldo, according to AS. The 24-year-old has been plying his trade for Romanian side Viitorul Constanta, and is drawing attention from second tier Spanish clubs, as well as being given offers from India and Saudi Arabia. Spain is the seemingly the most likely destination, as it is his dream to follow in his dad’s footsteps and play in La Liga.

– Former Fulham man Bryan Ruiz is set to leave Brazilian giants Santos, according to GloboEsporte. The Costa Rican joined the club in 2018, but has not represented them on the pitch for over 500 days, playing a total of just 13 games. The 34-year-old wants all of his owed wages, and while the club were hoping to strike a deal with him, it seems he will soon be departing.