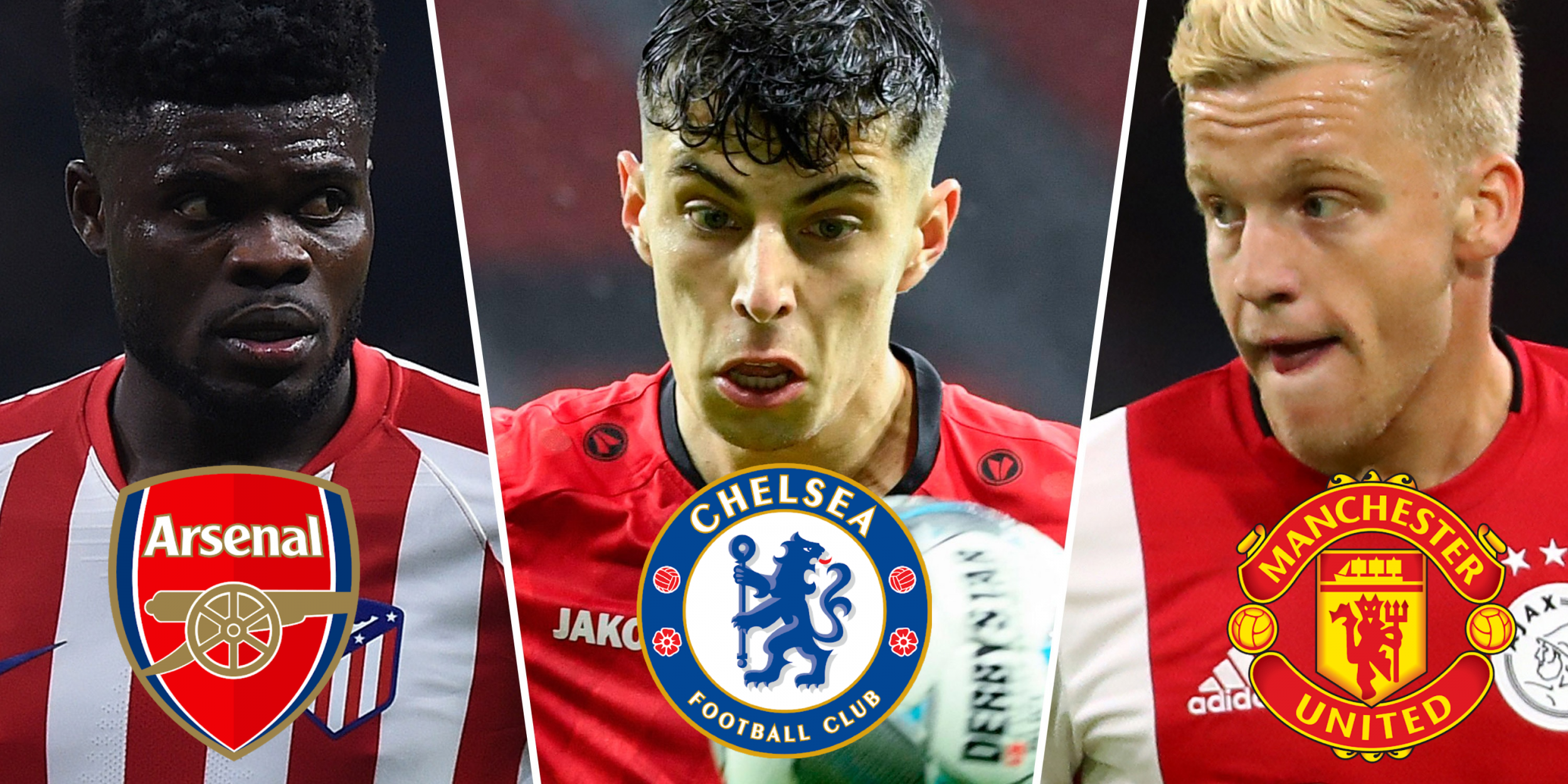 The 23-year-old Netherlands international becomes United’s first signing of the summer transfer window, signing a five-year deal at Old Trafford with the option of a further year.

He offers another option in midfield alongside the likes of Bruno Fernandes and Paul Pogba with Solskjaer confident his new recruit has the tools necessary to become a big player for the club.

“Donny has all of the technical attributes needed to perform in this team and has the personality required to succeed at Manchester United,” Solskjaer told the club’s official website.

“His ability to see space, time his movements and read the game will really complement the qualities that we have in midfield and his arrival really strengthens the depth of talent we have in that position.

“Donny’s performances in the Eredivisie and in Europe have been excellent over the last few years and we are all looking forward to working with him.”

The Netherlands international has become Ole Gunnar Solskjaer’s first signing of the summer in a deal worth €39m (£36.4m) plus €5m in add-ons.

He signs a five-year deal at Old Trafford with the option of a further year.

Speaking to United’s official website following confirmation of the move, van de Beek explained he is ready to take the ‘next step’ in his career having been won over Solskjaer’s plans for the club.

“I cannot begin to explain how incredible an opportunity it is to join a club with such an amazing history,” he said.

Donny van de Beek said: “I cannot begin to explain how incredible an opportunity it is to join a club with such an amazing history.

“I would like to thank everyone at Ajax. I grew up there and I will always have a special bond with the club.

“I am now ready to take the next step in my career and perform at the highest level and there is no higher standard than Manchester United.

“Everyone has told me how amazing the Old Trafford atmosphere is and I am looking forward to experiencing that, once it is safe for the fans to return.

“This team has some of the best midfielders in the world and I know that I can learn from them and also bring my own strengths to the group.

“Having spoken to the manager about his vision for this team, the direction that the club is going in is hugely exciting and I cannot wait to be a part of that.”

The Netherlands international has become Ole Gunnar Solskjaer’s first signing of the summer in a deal worth around £40million.

The Ajax midfielder had been on Real Madrid’s radar before United stepped up their pursuit over the weekend.

Aston Villa have begun talks with Bournemouth over a £20m move for Callum Wilson, report the BBC.

The links of Tottenham, West Ham and Newcastle have all been linked with the 28-year-old and Villa boss Dean Smith is hoping to steal a march on potential rival suitors.


Donny van de Beek’s agent has confirmed Arsenal were among the clubs interested in signing the Manchester United-bound midfielder.

Van de Beek is set to become United’s first signing of the summer transfer window after talks with Ajax progressed quickly over the weekend.

The 23-year-old was also on Real Madrid’s radar with agent Sjaak Swart revealing six sides were interested in a summer move including the Gunners.

“Manchester United is certainly the right choice,” he told Ajax Showtime. “There were more clubs with interest, such as Real Madrid, Barcelona, Juventus and Arsenal. There were six in total, but it all came to an end because of the coronavirus.”

Swart suggested Real Madrid were close to agreeing a deal for van de Beek earlier this year, a move that fell through when football came to a standstill.

“It was already a regular matter in March that he would go to Madrid, but because of the virus, all of that has been postponed. Clubs have no income, and they could not sell players. Ultimately, Manchester United pushed through, and that is, of course, a very nice club.”

Swart added Arsenal’s interest in the Dutchman was concrete but they were unable to meet Ajax’s valuation, with United understood to be paying £40m to bring him to Old Trafford.

“Yes, they really wanted him,” he added. “But they just couldn’t get the money for a transfer. Even the biggest clubs struggle. Arsenal is a great club, but Manchester United will certainly be an interesting adventure.”

Kai Havertz is putting the finishing touches on his £90million move to Chelsea after weeks of negotiations, report Bild.

The 21-year-old has completed a medical and could only be a few days away from officially becoming a Chelsea player.

Arsenal give up the Partey


Arsenal have admitted defeat in their pursuit of Thomas Partey with Atletico unwilling to negotiate, report AS.

The midfielder has been a target for Mikel Arteta since long before the summer window and has a €50million release clause in his contract.

Arsenal are not prepared to meet that and have reportedly offered Matteo Guendouzi in part-exchange, but it’s €50m or nothing for Atletico.

And Arsenal went for nothing.

The World Cup-winning goalkeeper still has two years to run on his existing deal, but the report claims Spurs are keen to tie him down for the rest of his career.

The club have already brought in renewed back-up this summer by signing Joe Hart on a free transfer after Michel Vorm left the club when his contract expired.

First Lionel Messi, now N’Golo Kante. Inter are not attempting to sign the Chelsea midfielder this summer, the club have confirmed.

Arsenal have reluctantly decided to sell Hector Bellerin this summer and are hoping to raise £30m for the defender, reports Football Lonond.

Writing on Tuesday night, Jeremy Cross said the deal was expected to be completed in “the next 24 hours” after the 23-year-old passed a medical in his homeland and agreed personal terms on a long-term deal worth around £150,000 a week.


It is “difficult” for Lionel Messi to remain at Barcelona this summer, his father and agent, Jorge, told reporters on Wednesday.

“I don’t know, I know nothing,” Messi’s father told Spanish TV channel Cuatro when asked if the 33-year-old would leave the only club he has played for professionally.

But when pressed if it would be hard for him to remain, he said “yes”. And asked how he sees Messi’s future at Barcelona, he replied “difficult, difficult.”

“I don’t know, there’s nothing yet,” he said, adding he had not had any discussions with Guardiola, who enjoyed trophy-laden years as Barcelona manager with Messi in his pomp.

It’s been a good week at Arsenal, even better now Thomas Partey is said to be keen to join the club this summer.

Liverpool are still working on a deal for Thiago Alcantara, according to Fabrizio Romano.

Bayern Munich expect to receive a new bid from Liverpool soon with Jurgen Klopp pushing to get the 29-year-old over the line.

Manchester United are also interested but as yet have only held talks wit the player’s agent and there is no dialogue between the clubs.