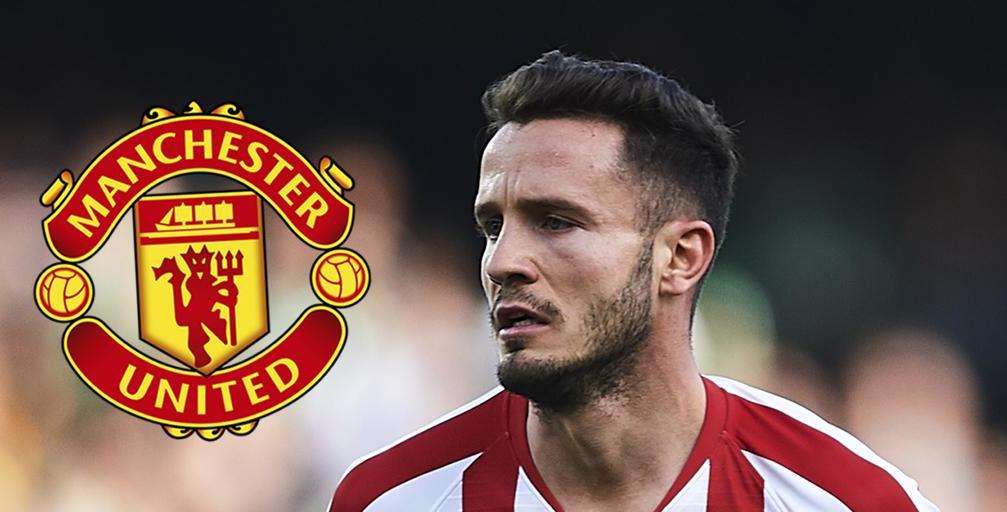 Welcome to the Evening Standard’s live blog covering the latest transfer news and rumours from the Premier League and Europe.

After the UK Government green-lit sport to return from June 1, Premier League clubs remain in talks over Project Restart with the hope of resuming the 2019-20 season amid the coronavirus pandemic in the middle of next month. Meanwhile, speculation around potential transfer for the 2020-21 season remains in full swing.

We’ll keep you abreast of all the news from our correspondents, and the talking points and rumours from the rest of Europe.

With every day in the transfer market, it seems Jadon Sancho’s chances of joining Manchester United are getting smaller.

The 20-year-old is Man United’s top target this summer but following the club’s announcement that they have lost an estimated £28m due to the coronavirus, the Red Devils may be forced into a rethink.

The Telegraph also report that Dortmund want to wait until the market recovers before making plans to sell the England international, with BVB understood to be looking for £120m.

The 22-year-old has had a fine season in Ligue 1 and attracted interest from Arsenal, Everton, Real Madrid as well as the Blues.

AS say Frank Lampard is keen to add a defender to his squad and Lille’s failure to qualify for the Champions League could boost their chances, with Lille ready to cash in for £35m.

Arsenal are apparently busy making plans for next season while the Premier League’s plans to restart the season are still be discussed.

The Juventus star has struggled to make an impression since his free transfer from PSG last summer, with Maurizio Sarri only using the Frenchman sparingly.

The 24-year-old is reportedly wanted by Arsenal as Mikel Arteta looks to add numbers to his midfield, but according to The Express, Rabiot favours a move to Everton, which would see him reunite with Carlo Ancelotti.

While Juventus would favour a permanent move, it seems neither Arsenal or Everton would have the funds required to negotiate an affordable fee – and a loan at this stage seems the most likely option.

Record claim United have been in contact over a bid for the 17-year-old, who is rated as one of the best emerging left-backs after impressing for Sporting’s Under-23 side.

United signed Bruno Fernandes from Sporting for £46.5m in January and the pair share the same agent, Jorge Mendes, who has overseen several transfers to Old Trafford over the years.

Gent starlet Jonathan David has hinted he would turn down a move to the Premier League in favour of heading to the Bundesliga amid reported interest from Arsenal.

The 20-year-old, who represents Canada at international level, has caught the eye playing in the Belgian Jupiler Pro after bagging 18 goals this season.

Arsenal have reportedly made the youngster one of their summer targets but David believes his style of play would be better suited to the Bundesliga,

“I never knew big clubs would be interested in me so early. It’s overwhelming, but I think I can make the next step,” he told Sky Sports.

“It’s time for me to move and go somewhere where I can keep developing and get to the potential that I have.

“The league that would suit me the most right now is the Bundesliga. It’s similar to the Belgian league in terms of the tempo and the physicality, but obviously the quality is higher in Germany and there is more competition.”

The Dutchman, who has also managed Reading and Feyenoord in his managerial career, will fill the vacant role in the American franchise’s second season in the top-tier.

And yet, on closer inspection, the club have pulled an almighty blunder…. because that’s not Jaap Stam!

Tottenham have submitted a £4.5 million offer for Fenerbahce striker Vedat Muriqi, according to reports in Turkey.

A Spor report Spurs have been watching the Kosovo international for some time and have now lodged a bid for the 26-year-old, who has scored 13 goals in 25 Super Lig appearances.

Lazio and Napoli have also expressed their interest to the player’s agent and it may be that Jose Mourinho’s side will have to increase their bid in order to secure Muriqi’s signature.

Arsenal are hoping to seal their first transfer of the summer by capturing Manuel Akanji from Borussia Dortmund.

According to The Sun, the Gunners are lining up a £25m offer for the Switzerland international, who is no longer a regular starter under Lucien Favre.

The 23-year-old played the full 90 minutes in the 4-0 win over Schalke, but it is reported Mikel Arteta could swoop for the centre-back as he looks to bolster his squad ahead of the new season.

Manchester United have been told they should sign Jude Bellingham, but only if they agree to loan the player back to Birmingham City for next season.

Ex-England international Trevor Francis believes the 16-year-old, who has been linked with a £30m move to Old Trafford, would be frustrated by a lack of game time and must continue his development with regular football.

He told the Birmingham Mail: “Wherever Jude Bellingham goes I think he should have it written in the contract that he immediately goes back to Birmingham City to play as a loan player because he has got to improve and the only way he is going to improve is by playing regularly.

“To go to Manchester United or Chelsea or wherever it may be, with respect to the lad he is not going to be a regular in the first team and he needs to be playing regular first team football to improve as a footballer.”

Bruce ‘in the dark’ over Toon takeover

Newcastle United manager Steve Bruce admits he is “in the dark” over the club’s proposed takeover by a Saudi-backed consortium.

A group with an expected 80 per cent investment from Saudi Arabia’s sovereign wealth fund (PIF) have made a reported £300million offer to buy the club from billionaire owner Mike Ashley.

Should the deal go through, it is believed the new owners would appoint a new coach to replace Bruce, who guided Newcastle to 13th in the table before the coronavirus pandemic halted the season.

“I have a wonderful working relationship with [Newcastle managing director] Lee Charnley and he told me, ‘when there’s something to tell you, Steve, I’ll tell you’,” Bruce told Sky Sports on Thursday.

“We’ve left it at that and gone back to work. I’m in the dark like most other people, and for that, I’m glad, really, because I can’t comment on it.”

Arsenal boss Mikel Arteta is considering a move for AC Milan midfielder Franck Kessie, according to reports in Italy.

However, the suggestion is that the Gunners would only be willing to do a cut-price deal at no more than €20million.

We’re starting to see a fair few of these one-year extensions in the Premier League, I suspect not only because they resolve the issue around June 30 expiry dates, but also because it’s hardly an ideal time to go shopping for replacements.

Burnley have become the latest club to confirm one of their players who was due to be out of contract next month, winger Robbie Brady, has signed a one-year extension.

The centre back became the most expensive defender in history when joining from Leicester last summer in an £80million deal.

While transfers are usually made in instalments, United agreement to pay the fee up front after months of negotiations over Ole Gunnar Solskjaer’s top target.

It’s understood the signing of Maguire was the key reason for the jump, while the first instalments of Bruno Fernandes’ £47million January move from Sporting Lisbon also had an impact.

One that we’re still waiting to hear more on – but will no doubt have United fans very excited – is Saul Niguez’s proposed move to Old Trafford.

Todo Fichajes in Spain are reporting that the deal is pretty much done at a price way below the player’s release clause of £132million (nearer £70million).

PSG have abandoned their attempt to sign Napoli centre-back Kalidou Koulibaly this summer, according to Le Parisien.

The French outlet say the club will instead use the funds to secure a permanent deal for Mauro Icardi, who has spent the season in Ligue 1 on loan from Inter Milan.

The Croatian has spent the last year in Bavaria and Bayern have a €20million option-to-buy included in the deal that they were expected to take up before the coronavirus pandemic altered their financial situation.

Argentina boss Lionel Scaloni believes Lautaro Martinez joining Barcelona would be good for the national team, but warned the Catalan’s Inter Milan will not let him go lightly.

Martinez has been heavily linked with a summer move to the Nou Camp, where he would join up with international teammate Lionel Messi.

“If Lautaro will be lucky enough to play with a teammate like Lionel Messi, it is better for us [in the Argentinian national team]. He is very similar to Luis Suarez. I hope he can do well.

“He is the type of player that everyone would like to have on their team,” he told RTVE.

“He is a great striker and must play in a great team but he is already at a great team that competes at high levels and has a powerful president, so it will be very difficult to take him away from there, if he changes teams I still hope he can do well.”

PSG could be set to enter the race for Arsenal strike Pierre-Emerick Aubameyang, according to French outlet Le10 Sport.

Edinson Cavani will leave the Ligue 1 side when his contract expires this summer, while it remains to be seen whether the club exercise their option to make Mauro Icardi’s loan move from Inter Milan permanent.

The report claims they see Aubameyang as a possible cheaper alternative, given he has just over a year left to run on his Arsenal contract.

Barca or bust for Pjanic

Mundo Deportivo say that Miralem Pjanic will only leave Juventus this summer if it is to join Barcelona.

The report claims that the midfielder has received lucrative offers from Manchester United, Chelsea and PSG, but that he is set on a move to the Nou Camp.

ESPN say Manchester United boss Ole Gunnar Solskjaer is keen to keep Diogo Dalot at the club this summer, despite reported interested from some of Europe’s top clubs.

The 21-year-old has been linked with the likes of Barcelona and PSG, and with United having spent big on Aaron Wan-Bissaka last summer, Dalot is unlikely to force his way in at right-back, though he can play further up the pitch.

When does the 2020 summer transfer window open?

The summer window opens in England is set to open at the end of the season – though the specific date remains to be seen due to the coronavirus pandemic.

Players can be officially registered with their new clubs when the Fifa international window opens on July 1 – though Fifa guidelines suggest players joining in July will not be able to play for their new clubs during the current 2019/20 season.

From January 1 onwards, Premier League players with six months left on their contract have been able to negotiate and agree pre-contract deals with foreign clubs.