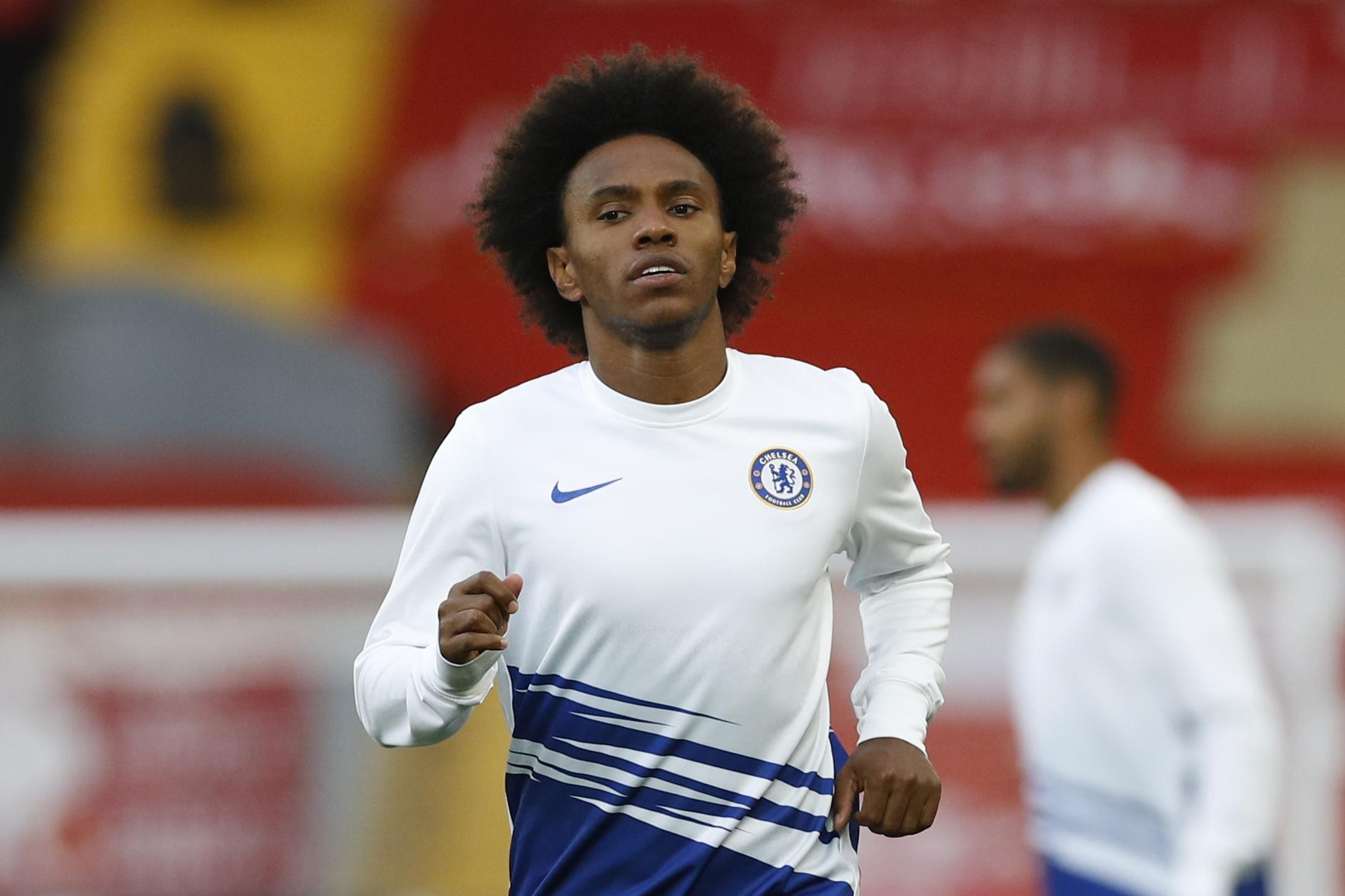 Arsenal and Tottenham can now offer European football to their targets, and that could prove invaluable during what promises to be a difficult summer of negotiations.

Roma and Fiorentina have both been linked with AC Milan midfielder Giacomo Bonaventura, who is out of contract at San Siro this summer.

A return to former club Atalanta is another possibility for the 30-year-old Italian international, while a stay at Milan has not been ruled out either.

Now its not all about splashing the cash on transfer fee, and in this particular window club’s will be forced to act shrewdly amid the financial repercussions of the coronavirus pandemic.

We tasked Ben Hayward to identify the best free agents available, and we’ll be running through those this morning.

First up, we have former Bayern Munich and Juventus striker Mario Mandzukic.

The former Juventus and Atletico Madrid striker is available on a free transfer after a short spell in Qatar.

Mandzukic rescinded his contract with Al-Duhail last month and has been linked with Tottenham. The Croatian is 34, but could represent a good short-term option as back-up — especially with five substitutions allowed again next season.

Tottenham right back Serge Aurier is interested in joining AC Milan this summer.

Di Marzio reports that Milan want to bring the Ivorian to Serie A in a £20million move.

Is Willian’s to Arsenal ‘done’

Willian’s move to Arsenal may have been confirmed on Wednesday morning by leaked footage from PES 2021.The Gunners have partnered with Konami to promote this year’s edition of PES, the biggest rival to the FIFA series.A clip, exclusive to The Sun, which claims to promote an ‘Arsenal Edition’ of the new video game sees Willian in the Gunners’ recently launched new adidas kit with “new signing” and then his name appearing across the screen.Then a virtual image of the Emirates Stadium appears with the words “Welcome to the Emirates”.

Crystal Palace are said to have offered Ryan Fraser £50,000-a-week contract after he became a free agent.

The Daily Mail report that the Scotland international, who opted against signing a short-term deal to complete the season with Bournemouth, is also reportedly wanted by Arsenal and Tottenham.

Former Arsenal manager Unai Emery will offer Matteo Guendouzi a route out of the Emirates by trying to sign him for Villarreal.

Emery was in charge when Guendouzi signed for Arsenal, with the club now looking to move the French midfielder on after disciplinary issues saw him fall out of favour with Mikel Arteta.

Arsenal had hoped to use Guendouzi in a part-exchange with Barcelona for Philippe Coutinho, but Standard Sport understands that Barca are not interested in the Frenchman.

So, as Foot Mercato reports, Villarreal could be an option for the 21-year-old.

Aston Villa will offer their captain Jack Grealish a bumper pay rise as they look to keep their star man from the clutches of Manchester United.

As reported by Standard Sport, Man United are interested in signing Grealish to bolster their midfield options after the 24-year-old played a huge role in keeping Villa in the Premier League this season.

Willian expects his future to be resolved swiftly but is resigned to leaving Chelsea with no sign that his contract demands will be met by the Blues.

Chelsea offered a two-year-deal to the Brazilian more than six months ago, but the winger – who turns 32 next week – has been holding out for three.

Manager Frank Lampard has always wanted his former team-mate to stay following some important contributions this season, while Willian’s preference was to remain at Stamford Bridge after seven years with the club.

But Willian is keen to stay in London which has prompted Arsenal to take advantage. Willian’s agent, Kia Joorabchian, is well connected at the Emirates. Joorabchian is close to technical director Edu, while David Luiz and Cedric Soares are both on his books.

The Telegraph report that Southampton midfielder – and former captain – Pierre-Emile Hojbjerg is on the verge of joining Spurs in a deal worth £15million.

Apparently Tottenham full-back Kyle Walker-Peters – who joined the Saints on loan in January – will head in the opposite direction on a permanent basis.

That separate arrangement is reported to be worth £12m.

Liverpool are not expected to make too many high-profile additions to their title-winning squad this summer.

The champions continue to be linked with Bayern Munich’s Thiago Alcantara, while they are also said to be chasing Real Betis full-back Aissa Mandi.

The Watford Observer now report that Liverpool are one of three Premier League clubs to have made initial contact with the representatives of Ismaila Sarr.

Likewise Wolves and Crystal Palace, who will reportedly only move for relegated Watford’s record signing in the event that they lose respective key wingers Adama Traore and Wilfried Zaha.

Sarr was instrumental in Watford’s shock 3-0 win over Liverpool last season – the first defeat Jurgen Klopp’s side suffered in the Premier League during the campaign.

Manchester United are refusing to pay anywhere near Borussia Dortmund’s £108m asking price for Jadon Sancho after the latest round of talks between the clubs.

Negotiations are ongoing for Ole Gunnar Solskjaer’s top transfer target, but it’s understood the two sides are miles apart in their valuations of the England international.

Sancho’s wages are also a sticking point, with United determined not to upset their wage structure for a player so young.

Suggestions that personal terms worth £250,000-a-week had already agreed are believed to be premature.

The 22-year-old caught the eye of scouts with his performances for the Canaries last season, despite their relegation from the Premier League after just a single campaign.

Lewis as a major target, and Liverpool’s bid will be helped by Norwich’s interest in Reds academy defender Yasser Larouci.

The Algerian qualifies for homegrown status this summer having spent three years in England – a factor that makes him all the more attractive to potential suitors.

Leeds United and Brentford have also been credited with an interest, but Liverpool hope to strike a deal that would see Lewis and Larouci essentially swap places.

Davide Zappacosta is set to return to Chelsea ahead of discussions regarding his future at the club, according to Sky Sport Italia.

The right-back spent the season on loan with Roma, but will not be returning next season having been omitted from their Europa League squad.

The 28-year-old made just nine appearances for the Italian club this season.

Spurs ‘need to win a trophy’ for Kane to stay

Harry Kane will push for a Tottenham exit next summer if Jose Mourinho fails to deliver any major silverware in his first full season in charge, believes Jamie O’Hara.

“He’s 27 and if he doesn’t do it next season, I think he has got to leave. Spurs need to win a trophy next season,” former Tottenham midfielder O’Hara told talkSPORT.

“I think if you win the FA Cup and get in the top four, you keep Harry Kane.

“If you just get in the top four next season and you don’t win a trophy, I think it’s time that Harry Kane moved on.”

Carles Perez has spoken of his surprise at leaving Barcelona, claiming he “didn’t deserve” to be sold by the LaLiga giants.

The Spaniard joined AS Roma in January, but believes he merited further first-team chances at Camp Nou having previously declined multiple offers to depart.

“For me, it was a surprise that they decided to dispense with me,” the 22-year-old told EFE. “I consider that I didn’t deserve that.

“Ever since the ‘cadete’ team (around the age of 16), I had offers to leave Barca, some of them from England.

“And even when I was at Barca B, I had offers from LaLiga teams and I always said ‘no’ because I wanted to get to the first team.

“Later, I had opportunities and I think I took advantage of them as much as I could. In fact, I even earned a contract as a player in the first team.”

Former Chelsea favourite Branislav Ivanovic looks to be on the verge of securing a move back to the Premier League.

The veteran Serbian defender has spent the last three years with Russian giants Zenit Saint Petersburg since leaving Stamford Bridge in 2017, but now seems likely to reunite with former Blues boss Carlo Ancelotti by sealing a free transfer to Everton.

“I will probably continue my career at Everton,” said the 36-year-old, who is also a target for Red Star Belgrade in his homeland.

“I received a good offer from them.

“I will see how things will turn out.”

It was recently reported that the Red Devils were set to swoop for the 16-year-old frontman, who is expected to leave City this summer with no contract agreed.

However, the Mail now claim that Rangers – who have made two senior attacking signings today in the form of Kemar Roofe and Cedric Itten – are also hoping to seal a deal for the teenager after holding talks over the weekend.

Bundesliga outfit RB Leipzig are also believed to hold an interest in McNeill.

Manchester City director of football Txiki Begiristain said the club had been tracking Ferran Torres for some time and backed him to reach the “next level” under Pep Guardiola.

“We have followed Ferran’s progress closely and have been very impressed,” he said.

“He is young and still developing, but his technical qualities are exactly what we are looking for in a winger.

“He is quick, direct, can create space with one movement and is capable of producing match-winning moments.

“I feel this is the perfect place for him to develop and with Pep in charge he can take his game to the next level.”

Here is what Ferran Torres had to say after completing his move to Manchester City….

“I am so happy to be joining City,” he said. “Every player wants to be involved in attacking teams and Manchester City are one of the most attacking in world football.

“Pep encourages a really open, aggressive style, which I love, and he is a manager with a proven track record of improving players. To have him overseeing my development is a dream.

“City have won plenty of trophies in the last 10 years and I hope I can play a role in continuing that success.”

The 20-year-old has signed a five-year deal at Etihad Stadium.