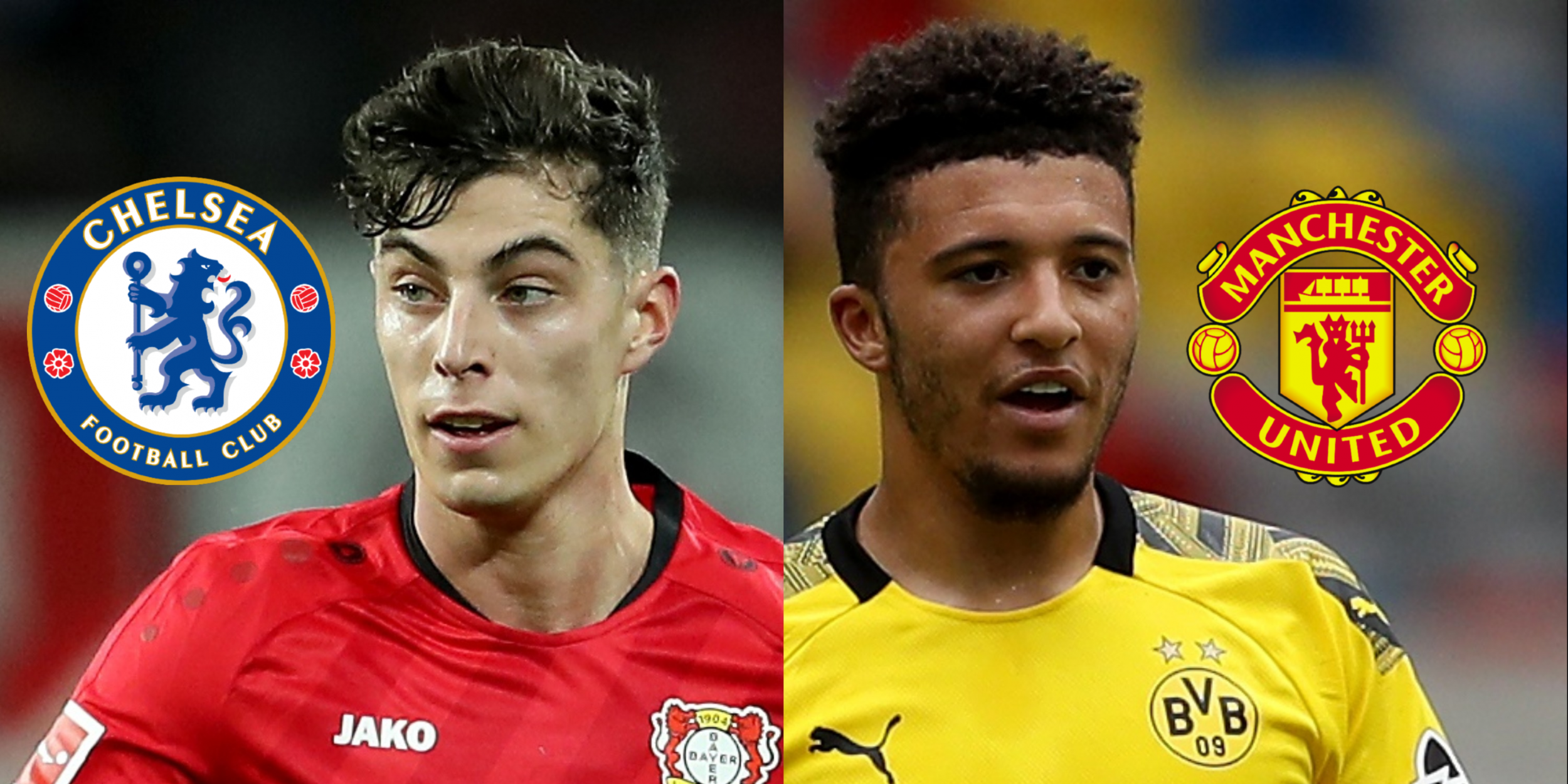 Fulham are pressing ahead with permanent transfers for midfield duo Harrison Reed and Harry Arter and a new contract for manager Scott Parker.

The pair, who spent last season on loan from Southampton and Bournemouth respectively, are both firm favourites of Parker and keen on a stay at Craven Cottage.

Parker himself is set to extend his deal with the club having secured promotion, with talks to begin when they return from short breaks. The 39-year-old and his coaching staff were handed two-year deals in May 2019.

Jack Grealish should seriously consider the option of staying at Aston Villa this summer, believes Darren Bent, who sees Tottenham as his only possible destination.

The 24-year-old has been a transfer target for Manchester United in recent months, but the Red Devils have reportedly now shifted their focus away from the midfielder with Jadon Sancho the priority.

With the January acquisition of Bruno Fernandes, alongside Paul Pogba’s resurgence, the Englishman is no longer as attractive a proposition – particularly with his value skyrocketing following Villa’s Premier League survival.

And Bent believes Grealish – who scored the crucial goal that secured Villa’s survival in their final day draw against West Ham – may now be struggling for options.

“You start looking about and I’ve had this discussion with so many different people, it’s where does he go?” Bent told Football Insider.

Angel Gomes is officially on the move once again.

The teenage midfielder rejected the chance to extend his stay at Manchester United this summer and signed for Ligue 1 club Lille earlier this week.

But Gomes isn’t in Christophe Galtier’s immediate first-team plans at the Stade Pierre-Mauroy and will instead spend the 2020/21 season on loan with Portuguese top-flight outfit Boavista.

Leeds United are the latest club to be linked with a move for Brentford star Said Benrahma.

Yesterday the Mirror linked Tottenham with a move for the Bees’ Algerian winger, but the Telegraph report this morning that Marcelo Bielsa’s side are keen on bringing him to Elland Road.

Lazio are growing ever more confident they will sign free agent David Silva this summer, report Sky in Italy.

The Spaniard’s 10-year stay at City will come to an end following their Champions League campaign, having already played his final game domestically.

And while negotiations were initially proving difficult, the report states Lazio believe they are coming towards a breakthrough.

Silva holds the record for the player with the most Premier League appearances, wins and assists for City.

His final game in blue could come on Friday when City welcome Real Madrid to the Etihad in their Champions League last 16 quarter-final second leg.

Conte to help out Chelsea with Havertz?

Chelsea will be looking to former manager Antonio Conte next week to do them a favour in their pursuit of Kai Havertz.

Leverkusen have been clear that star forward Havertz will not leave the club until their Europa League commitments are over. Sporting director Rudi Voller told Kicker in July: “It is set in stone [that Havertz will play]. There is no new stance.”

Should Inter knock Leverkusen out of Europa early next week, it paves the way for Chelsea to wrap up a deal for Havertz.

Arsenal, Manchester City and Juventus are all ken on Lyon midfielder Houssem Aouar, according to L’Equipe.

Lyon want €60 million for the 22-year-old, but no deal is expected imminently with the Champions League and Europa League campaigns ongoing.

Rice first on the menu for Chelsea

Fikayo Tomori could be offered to West Ham in any deal to bring Rice to Stamford Bridge.

Rennes are in talks with Chelsea over signing Fikayo Tomori on loan for next season, according to The Athletic.

The Ligue 1 side face competition from unnamed teams in England and others across Europe but Chelsea are yet to make a decision on the defender’s future.

Aubameyang signed, Gabriel and Partey next?


Arsenal are close to agreeing a new contract with FA Cup hero Pierre-Emerick Aubameyang after a breakthrough in talks with the forward, writes Dan Kilpatrick.

Following months of negotiations, the 31-year-old is believed to have verbally agreed a new deal until 2023, thought to be worth more than £250,000 a week. Barring any late hitches, Aubameyang is now expected to commit his future to the club in a major boost to manager Mikel Arteta.

The club captain has scored 70 goals in 109 appearances since signing from Borussia Dortmund for £56million in January 2018 and he has proved indispensable for Arteta, most recently with a match-winning performance in last Saturday’s FA Cup Final win over Chelsea.

Aubameyang is set to be joined in north London next season by Willian, with the Chelsea winger close to agreeing a three-year deal with Arsenal, believed to be worth in excess of £100,000 a week.

The Gunners are also eyeing Lille central defender Gabriel Magalhaes and want a central midfielder, with Atletico Madrid’s Thomas Partey among their targets.

A number of fringe players are expected to depart this summer, with AC Milan target Lucas Torreira and Ainsley Maitland-Niles, who is wanted by Everton and Brighton, among them.


Bayern Munich boss Hansi Flick has accepted that Thiago Alcantara may wish to take on a new challenge in the Premier League amid strong links to Liverpool.

The 29-year-old is in the final year of his contract with the Bavarian giants and is believed to be keen on linking up with Jurgen Klopp’s newly crowned champions.

Standard Sport understands a Liverpool bid for the Spaniard remains unlikely without a major departure, and even then his injury record and wage demands would likely prove a stumbling block.

However, Thiago would at least has the blessing of his current manager were he to push for a move to England this summer.

“I can understand when a player thinks about a move,” Flick told Sport1. “Thiago has played for FC Barcelona in Spain and for FC Bayern München in Germany. If he wants to play in the Premier League now, I totally understand.”


Ajax are ready to make a move for Ryan Sessegnon should Tottenham make the winger available for loan, reports The Telegraph.

Standard Sport understands the former Fulham man will be staying in north London this summer.

Though Ajax are looking for a replacement for Hakim Ziyech following his move to Chelsea.


An update from the earlier quotes from Tahith Chong’s agent Erkan Alkan as the Manchester United winger is in discussions over a loan move to Werder Bremen.

Despite handing him a two-year extension, Solskjaer is looking for a steep improvement in the Dutchman before fully integrating him into United’s first team. A loan move was always likely next season in a bid to get Chong regular football.

The keeper has two years left on his current contract and Chelsea understand luring him away from Camp Nou would take some doing. Inter Milan are also interested.

Chelsea hope to position themselves as the obvious next destination should Ter Stegen fail to agree a new contract at Barcelona, with Petr Cech leading the charm offensive.

Kepa Arrizabalaga’s career at Stamford Bridge appears to be heading to an end.

Manchester United youngster Tahith Chong looks to be heading to the Bundesliga, reportedly on a two-year loan deal.

His agent, Erkan Alkan, told German publication Bild: “Tahith wants to go to the Bundesliga. We will talk about that with Manchester United on Thursday.”

One to keep an eye on.


Liverpool target Jamal Lewis has “all the attributes” to shine at Anfield, according to his Northern Ireland coach Ian Baraclough.

Standard Sport understands that Jurgen Klopp is in the market for back-up to Andy Robertson, with Lewis catching the eye of scouts despite Norwich City’s relegation.

Liverpool are willing to pay up to £10million for Lewis, though the Canaries reportedly want far more. Norwich’s interest in Reds academy defender Yasser Larouci could come into play.

Baraclough says Lewis has the self-belief and drive to be a success at the newly crowned Premier League champions, telling reporters: “He’s got all the attributes, he’s a level-headed kid and he’s one that wants to improve.

“You’ll find him in the gym before training and after training and he’s probably one of those kids, having worked with him for a little bit of time, you have to keep the reins on a bit so he doesn’t do too much.

“He wants to question you about how he can improve and I love players like that. I love players who invest time in themselves and don’t just settle for what they’ve got.”

Aston Villa will offer their captain Jack Grealish a bumper pay rise as they look to keep their star man from the clutches of Manchester United.

As reported by Standard Sport, Man United are interested in signing Grealish to bolster their midfield options after the 24-year-old played a huge role in keeping Villa in the Premier League this season.

ICYMI: Rice off the menu


West Ham boss David Moyes says there have been no bids for Declan Rice, who has been linked with a move to Chelsea.

“We don’t want any,” said Moyes, who revealed in an interview with Standard Sport that keeping West Ham up this season has been one of his toughest tests in management.

“There’s always the chance of interest but we don’t want to encourage it.”

Bellerin and Lacazette could both leave Arsenal

While Pierre-Emerick Aubameyang has been assured Arsenal will spend this summer, they will undoubtedly have to sell players in order to fund any acquisitions.

And according to The Telegraph, Arsenal will listen to offers for both Hector Bellerin and Alexandre Lacazette, while Matteo Guendouzi will also be allowed to leave.

Bellerin – who has spent nine years at Arsenal – reportedly is keen on the idea of a new challenge.

Francis Cagigao – the scout who helped bring Bellerin to England from Barcelona – is reportedly one of the 55 Arsenal staff members to be made redundant.