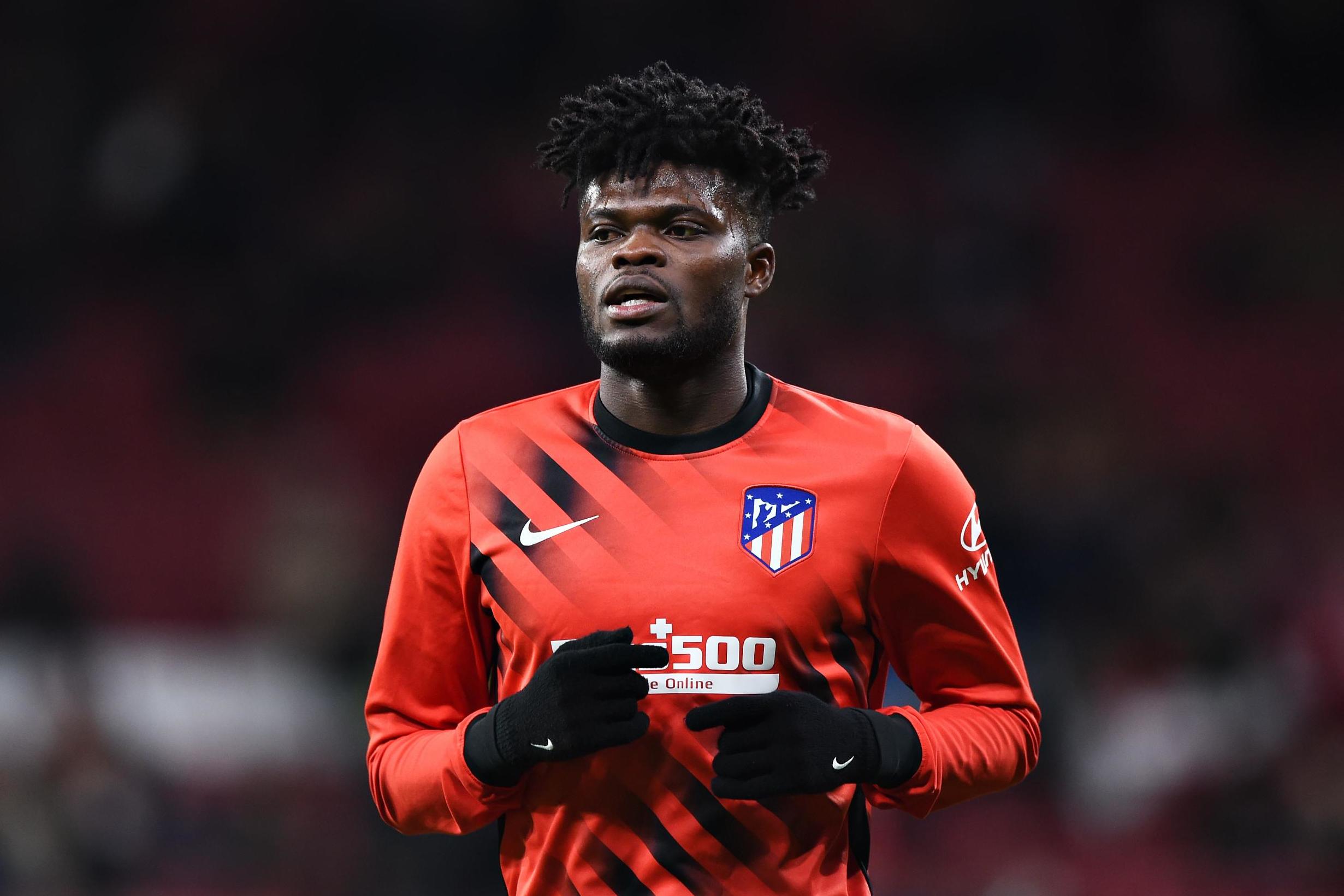 Liverpool are closing in on a £700,000 deal for young Brazilian goalkeeper Marcelo Pitaluga, according to The Athletic.

The 17-year-old will have a medical early next week before becoming Liverpool’s second summer signing.

The deal could rise to £1.8million with add-ons and signals the arrival of a player Liverpool have been tracking since 2019.

Tottenham are ready to launch a bid for Manchester United target Sergio Reguilon, according to the Mail.

The 23-year-old, who impressed on loan at Sevilla last season, is available for around £25m, which both Premier League clubs are willing to pay.

Jose Mourinho wants to sign a left-back before the transfer window closes and talks over a deal for Reguilon could accelerate this week.


Tottenham have failed in a bid to sign Andrea Belotti on loan with an option to buy for €50m, according to Gianluca Di Marzio.

Torino will only entertain an offer if it was a permanent move or a loan with an obligation to buy.

Belotti has a €100m release clause only valid for non-Italian clubs.

Spurs are evidently stepping up their pursuit of a striker after Jose Mourinho told the media that the club will be buying a striker. They seemingly don’t know what striker yet, though.

Chelsea are weighing up the possibility of sending Callum Hudson-Odoi out on loan this season, report 90min.

The winger made just 22 league appearances last season in what was an injury-hit campaign.

And Hudson-Odoi will face increased competition for places this season following the acquisitions of Timo Werner, Hakim Ziyech and Kai Havertz.

Manchester United are said to be considering a move to bring Real Madrid’ Gareth Bale back to the Premier League should they continue to be frustrated by their pursuit of Jadon Sancho.

Sancho is by far and away their No1 target, but with their season getting up and running next weekend (delayed due to their participation in the Europa League) they could be forced to look elsewhere.

And the Sunday Express claims that they will reignite their interest in Bale, with Real Madrid keen to move the Wales international on.

Wolves manager Nuno Espirito Santo has signed a new three-year contract that will see him stay at the club until 2023.

The 46-year-old had just one year remaining on his previous deal but has tied himself down to the club in a long-term deal.

Nuno has proved an inspired appointment since taking over in 2017, guiding Wolves from the Championship to the Europa League.

Arsenal are working on the departures of a number of players, including Lucas Torreira, reports Fabrizio Romano.

The north London club will then reportedly try again for “top midfielder”, which Romano names as either Thomas Partey or Houssem Aouar.

Atletico Madrid are still refusing to accept anything lest than Partey’s £46million (€50m) release clause.

Meanwhile, Lyon have turned down swap deals for Auoar and will demand £55million (€60m) to sell him.

Aston Villa have completed the signing of Emi Martinez from Arsenal, according to Fabrizio Romano.

Romano reports the ‘keeper has signed a four-year contract, keeping him at the club until June 2024.

Meanwhile, Romano reports Arsenal are still working on selling a number of players, including Lucas Torreira.

Barcelona forward Luis Suarez is tempted to join Atletico Madrid this summer, according to Elgoldigital.com.

Suarez has reportedly been told he is surplus to requirements following the arrival of Ronald Koeman.

And the former Liverpool man is now reportedly ready to turn down Juventus to sign for Diego Simeone’s side in order to stay in Spain and challenge Barcelona in the upcoming season.

The attacker, who primarily plays on the left wing, has scored six goals and provided one assist in 26 appearances for the French club.

Chouiar would reportedly cost Arsenal in the region of £19million this summer.

Chelsea have received a major boost by the versatility of new-signing Kai Havertz, insists Frank Lampard.

“Kai, with his qualities, is flexible to play in different positions; I haven’t changed my view in a few days of seeing him so I think we can use his versatility,” said Lampard.

“One of the pluses when I spoke to Kai is that he is very comfortable. He is not that ‘I want to play in this position, this is all I want’.

“He is potentially very happy to help the team, he can give us quality in different areas so it is not one that we have to nail down.”

Tottenham hold a long-term interest in Southampton forward Danny Ings but believe a deal would be ‘too difficult’ to pull off this summer, according to Football.London.

The report states Tottenham are keen to bring in a new striker as soon as possible, but claims the north London club are not currently close to a signing.

Tottenham would reportedly prefer to bring in a new striker on a loan move with a view to a permanent transfer and have made numerous enquiries so far.

Standard Sport understands that, while Liverpool are interested in Thiago, they are not expected to make a move this summer unless a key midfielder, such as Gini Wijnaldum, leaves.

“Yes he would add something different, no doubt. But if he doesn’t come in, it’s not the end of the world, this is still a fantastic midfield for Liverpool.”

Juve put Costa up for sale

Juventus have put attacker Douglas Costa up for sale this summer, according to Goal.

The Brazilian has struggled for form and fitness of late, making just 23 Seria A appearances last season in an injury-hit campaign.

The forward has been heavily linked with a move to Manchester United in recent months.

However, Costa is not keen on leaving Juventus, believing he still has something to prove at the club.

Arsenal are prepared to pay £10million to sign Brentford ‘keeper David Raya this summer, according to The Sun.

The Spaniard would become the back-up to Bernd Leno, with Emi Martinez closing in on a move to Aston Villa.

Raya, 25, is said to be keen on a move to the Premier League, while Brentford will reportedly look to Charlton’s Dillon Phillips as a replacement.

Liverpool and Manchester United have an ‘agreement’ with Thiago Alcantara, believes former Bayern Munich president Uli Hoeness, who claims both clubs are trying to “blackmail” the German champions.

It is a difficult situation,” he told Sport1. “A while ago we agreed on a new four-year contract. Some days later he said: ‘I’m looking for a new challenge.’ Which is totally okay

“I think he obviously has an agreement with Liverpool or Manchester United or both of them. Now both clubs are bluffing, and no one has contacted Bayern Munich officially.

“From my point of view, that has no style. They’re trying to blackmail us, by waiting until the last week, when they’re going to make a cheap offer.

West Ham manager David Moyes is desperate to bring in another defender before the end of the transfer window.

The Hammers fell to a 2-0 home defeat to Newcastle in their opening day fixture, with goals from Callum Wilson and Jeff Hendrick exposing their defensive frailties.

Moyes said: “I think that defensively we have been short of numbers and the competition that I want so that has been a problem. If we get an injury or suspension then we will be really short.

“We are trying to get players in. Let me tell you, there are plenty getting offered. We’re trying to get ones in who will have a similar impact to Tomas Soucek and Jarrod Bowen, people we feel can go forward with us.

“But yes, we want to add to that department.”

Kylian Mbappe is pushing for a move away from French champions Pairs Saint-Germain next summer, report The Times.

The Frenchman’s contract expires in 2022, which puts PSG in a difficult position financially.

PSG are desperate to keep hold of Mbappe, but they may have to sell him next year or face losing him on a free transfer.

Real Madrid have valued Gareth Bale at £18.5million this summer, according to Mundo Deportivo.

Reports have emerged claiming Manchester United will turn their attention to the Welshman with a deal for Jadon Sancho proving difficult.

Bale has openly talked about is desire to leave Madrid, insisting he would happily return to the Premier League if allowed.

The winger has once again been heavily linked with a move away from Selhurst Park after Hodgson admitted the forward wanted to leave at the end of last season.

Zaha scored the only goal as Palace claimed opening day victory over Southampton, however.

“We hope Wilf stays,” Hodgson said, as per Sky Sports. “He’s made noises in every window that I’ve been Palace manager that he might want to play elsewhere, but for that to happen, a club has to come along and pay the market price.

“Until someone comes in and wants to buy him, he has to play with us.”