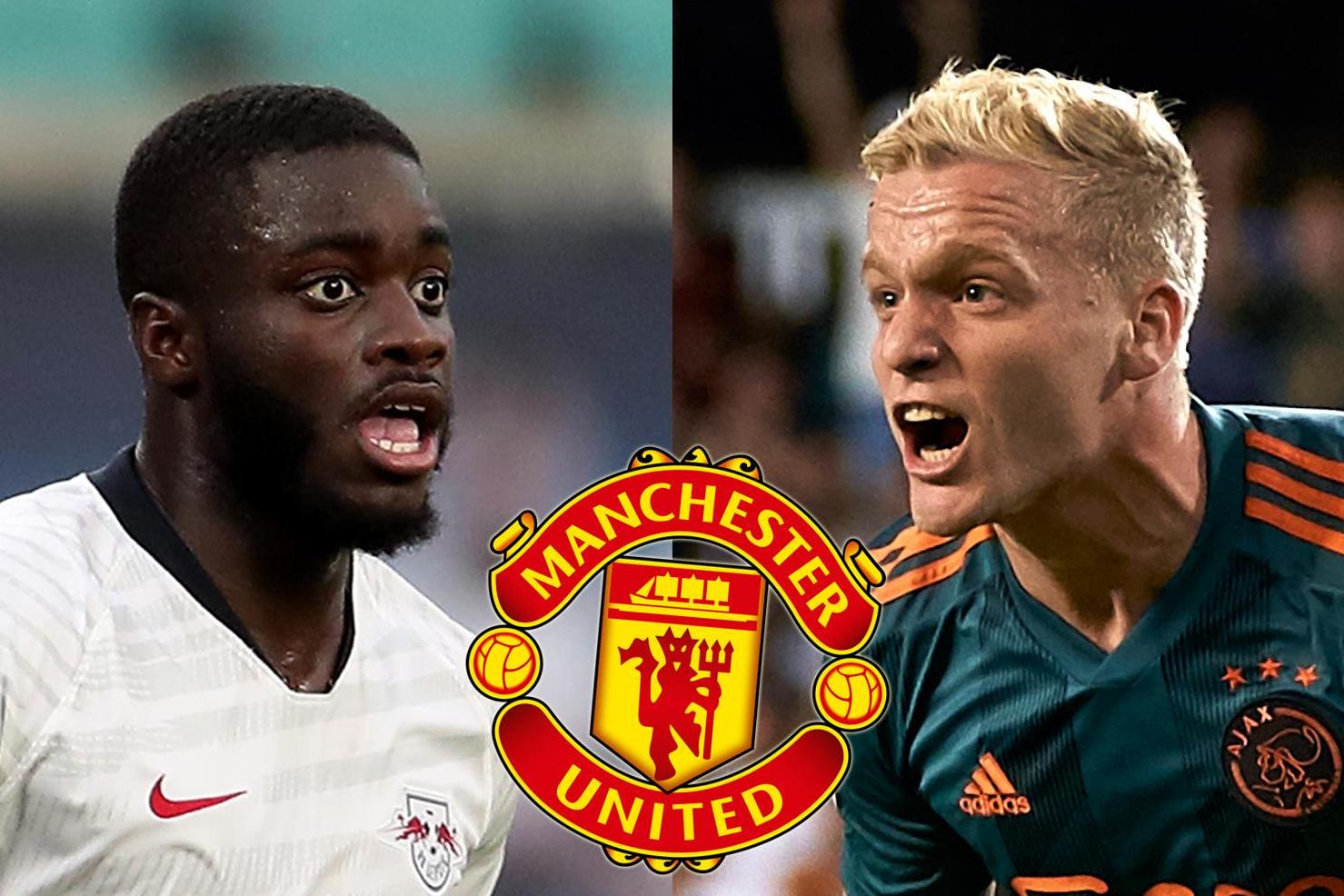 Upamecano next for Man United?

This one came out of left-field yesterday… Manchester United have reportedly made Dayot Upamecano their priority defensive transfer target.

According to ESPN, the 21-year-old RB Leipzig centre-back is seen as the perfect partner to Harry Maguire, and United want to move now before a potential bidding war next summer.

It remains to be seen whether United will be successful considering Leipzig’s official Twitter accounts handily pointed to the fact that Upamecano has only recently signed a new contract, but the Bundesliga club have shown with Timo Werner that they will sell for the right price.

So, it appears as though Kai Havertz to Chelsea will officially be a done deal soon, with the Blues reportedly agreeing an initial £72million deal with Bayer Leverkusen yesterday.

Leverkusen are said to have been delaying confirmation until they secured a replacement, and Patrik Schick is expected to sign for the Bundesliga club to pave the way for Havertz to leave.

What a summer they are having at Stamford Bridge…

Donny van de Beek could be a Manchester United player as soon as today, with multiple reports suggesting he completed his medical in the Netherlands last night before joining up with the Dutch national team.

The 23-year-old midfielder is expected to seal a £40million transfer to United on a five-year deal, and his father, Andre, has described the move as a “dream come true.”

United may well announce that the deal has officially been agreed this morning, and we will have the latest updates should they do so.

Good morning and welcome back to our live coverage of the summer transfer window!

It could be a big, big day for deals, so sit tight…

Real Betis have already informed Dani Ceballos they are not in the running to sign him this summer.

Reports on Monday have claimed Ceballos is poised to return to Arsenal for another season on loan from Real Madrid.

Betis were also hopeful of agreeing a loan move but Mundo Deportivo report the Spanish side threw in the towel two days ago, unable to afford the €10m loan fee demanded by Real.

Donny van de Beek has completed his medical ahead of his move to Manchester United, according to Sky Sports.

The move, which is expected to set United back around £40m, is now expected to be concluded in the coming days.

Well, this is interesting…

Tottenham in for Barcelona starlet

Tottenham are firmly in the running to sign Barcelona youngster Lucas de Vega.

According to AFP, Spurs ans two other Spanish sides are in for the 20-year-old midfielder with Jose Mourinho’s side keen on a permanent deal – a stance which puts them in a good position.

Barcelona however are said to be asking for a buy-back clause to be included in any deal.

In addition to Dani Ceballos, James Rodriguez is edging closer to a Real Madrid exit. Fabrizio Romano reports Los Blancos are expected to sell James Rodriguez THIS WEEK with Everton in advanced talks to sign the Colombian.

Reports in Spain claim Arturo Vidal is in talks with the Barcelona hierarchy about terminating his contract this summer.

The Chilean has been vocal in his criticism of the club this week and has been heavily linked with a free agent move to Inter Milan, should he be released as part of the mass exodus from the Catalan club.

Henrikh Mkhitaryan has said his goodbyes to Arsenal fans after joining Roma earlier today and also paid tribute to the man who brought him to the club, Arsene Wenger.

Ceballos ‘coming back to Arsenal’

Dani Ceballos is set to rejoin Arsenal on loan having turned down three other offers, according to Fabrizio Romano.

The Spanish midfielder became a key man under Mikel Arteta towards the end of last season and the report claims talks are at an advanced stage, with Real Madrid set to give the move the go-ahead in the coming days.

Zlatan Ibrahimovic has signed a new one-year contract to stay at AC Milan next season.

The Swedish striker returned to the Serie A club on a short-term deal midway through last season after leaving MLS side LA Galaxy and scored 11 goals.

Brighton defender Shane Duffy is closing in on a move to Celtic, according to TalkSPORT.

The defender is set to leave the Amex on loan, with his playing time likely to be restricted by the return of Ben White from his successful loan spell at Leeds.

The Dane only swapped north London for Milan in January, having made his desire to quit the Premier League club public.

However, the report claims Antonio Conte has not been overly impressed with his performances and would be happy to part ways if they can bring in a fee of around £44milllion.

The Spaniard, who left City at the end of last season, is asymptomatic, according to his new club Real Sociedad, for whom he signed earlier this month.

The club tweeted: “Real Sociedad informs that David Silva has tested positive for COVID-19 in the test carried out at Policlínica Gipuzkoa. The player is asymptomatic and is self-isolating.”

The positive test is likely to have a significant impact on Silva’s preparations for the new Spanish season. Sociedad, who finished sixth in La Liga last year, are due to start their campaign away to Real Valladolid on Sunday, September 13.

Arsenal midfielder Henrikh Mkhitaryan has left the club to join Roma on a permanent deal.

The Armenian midfielder has had his contract at the Emirates terminated by mutual consent, allowing him to join the Serie A side on a free transfer, while the Gunners get his sizeable £180,000-per-week wages off their bill.

Mkhitaryan began last season at Arsenal before joining the Italian club on loan, scoring nine goals and registering five assists in 22 league appearances. That deal was initially due to expire at the end of June but the clubs agreed a short-term extension to cobver the end of the coronavirus-hit campaign.

The 31-year-old first arrived at Arsenal in January 2018, as part of a swap deal that saw Alexis Sanchez head to Manchester United.

In all, he played 59 times for the Gunners, scoring nine goals and racking up 13 assists. He leaves without having lifted silverware with the club,, but was part of the side that reached the Europa League final in 20019 under Unai Emery.

Tuttosport claim that Inter Milan could be set to rekindle their interest in Roma striker Edin Dzeko.

In one of those, let’s keep everyone happy transfers that only ever seems to happen among the top clubs in Italy, the report claims that Juventus are keen on signing Dzeko, but will stand aside and let Inter swoop if they are able to nab Luis Suarez on a free transfer from Barcelona.

Donny van de Beek’s father has described his son’s proposed move to Manchester United as a ‘dream come true’ with the midfielder set to undergo a medical with the Premier League side.

“It’s the perfect moment for him to make this step to such a beautiful club, but Ajax will always remain in our heart.

“A lot of clubs were interested, but Donny took this decision himself.”