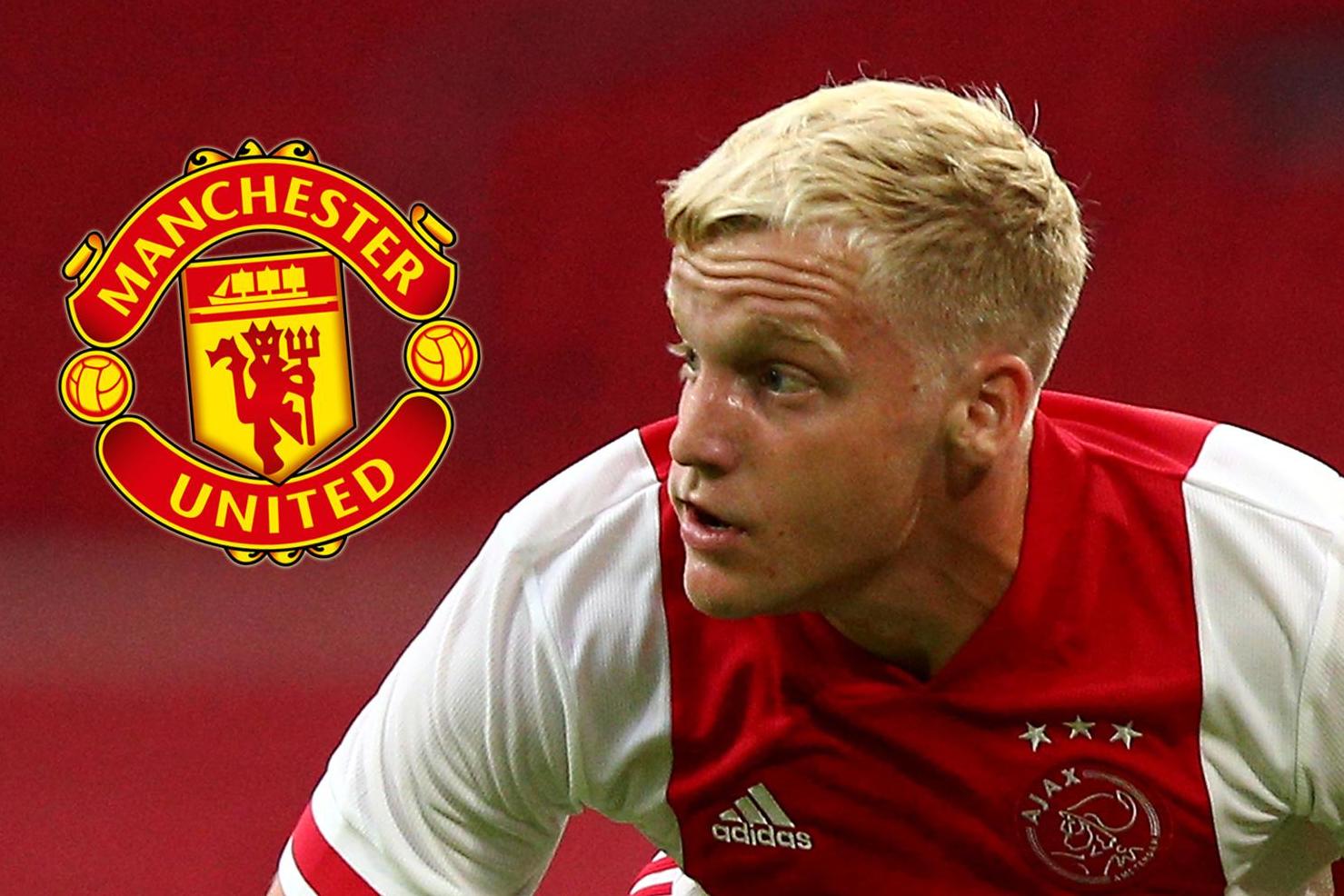 Chelsea boss Frank Lampard is keen to bring in a top-level goalkeeper once a £90million deal for Kai Havertz is over the line.

The Chelsea boss lost faith in Kepa Arrizabalaga last term and is keen to bring in another option between the sticks. The Blues have had an opening bid of around £14m rejected by Rennes but are expected to return with a second bid.

The 28-year-old will become Chelsea’s eighth summer signing if Lampard can strike a deal.

Chelsea are preparing to unveil Kai Havertz after striking a £72million deal, according to Fabrizio Romano.

The agreement between Bayer Leverkusen and Chelsea for Havertz was reportedly signed nine days ago and the player underwent a medical on Sunday.

It is now only a matter of time before the Blues announce the Germany international as their seventh summer signing.

Writing on Thursday night, Jeremy Cross said the deal was expected to be completed in “the next 24 hours” after the 23-year-old passed a medical in his homeland and agreed personal terms on a long-term deal worth around £150,000 a week.

Fulham could turn their attention to Lyon forward Bertrand Traore.

Inter are not attempting to sign Chelsea midfielder N’Golo Kante this summer.

Watford have signed Glenn Murray on loan from Brighton for the coming season.

‘Ziyech and Werner could struggle initially’

Frank Lampard’s side have been on a major recruitment drive this summer, wrapping up deals for Werner, Ziyech and Thiago Silva with the club edging closer to a deal for Bayer Leverkusen star Kai Havertz that could take their spending to £200m.

Werner scored 34 goals in 45 appearances in a sublime final season at RB Leipzig but Hasselbaink believes the Germany international will need time to find his feet in the Premier League.

“German football is totally different to the English game so it will be difficult for Werner to settle straight in,” Hasselbaink told GentingBet.

“We know he’s a talented player. We know what he can do. And Chelsea need a player that can score goals. But, we also need to give him the time. If you look at Aubameyang when he came, he needed six months. So, give him those six months as well.”

Similarly, Hasselbaink believes Ziyech will be a star at Stamford Bridge, but believes the physical demands of the Premier League mean he too will need time.

“Physically, he’ll possibly have a problem in the beginning, so he has to be smarter with his physical ability. But he is a silky, beautiful player and something that Chelsea don’t have – a midfielder with a left foot who can bring something different.”

Mason Greenwood was put forward in front of the press for the first time this afternoon after his England call-up. Inevitably, the subject of Donny van de Beek’s proposed move to Manchester United came up. Here is how he responded:

“That’s for the club to sort out,” Greenwood said of the transfer, “but I have seen some of his stuff and he looks like a good, promising player, so that’s good.”

Manchester United have held talks with Thiago Alcantara over a possible move to Old Trafford.

United missed out on the Spaniard seven years ago when he left Barcelona but according to Dagbladet, are interested in signing him once again.

However, the report adds United feel the Bayern Munich midfielder’s wage demands are too high.

More good news for Arsenal fans tonight – Thomas Partey is said to be keen to join the club this summer.

Gabriel to wear No6

Gabriel Magalhaes will wear the No6 shirt at Arsenal after completing his move from Lille.

The Gunners unveilled their new signing on Tuesday afternoon with fellow Brazil internationals David Luiz and Willian doing the honours via the club’s Facebook page.

The defender has signed a five-year deal with the club, arriving for a fee believed to be around £26million.

Gabriel Magalhaes has revealed a phone call from Mikel Arteta convinced him Arsenal was the right club for him to join.

The defender had decided to leave Lille this summer and he was duly the subject of big speculation from around Europe.

Everton and Napoli made moves for the 22-year-old, while Manchester United and Paris Saint-Germain showed an interest in him too.

But Gabriel elected to join Arsenal in the end for a fee of around £26million and the Brazilian has revealed Arteta played a key role.

“[Edu and I] had several chats about Arsenal and the new project, we had many good conversations,’ Gabriel told Arsenal Digital.

“As the days went by I was getting very excited about it, then I had a call from the coach and that was very reassuring.

“Having the coach himself calling you to say he wants you in his squad motivates you a lot. That is the very reason I am here today.

“We did not talk about [details], he just told me he is aware of my quality, my capacity and how far I can go. He also said he will be very demanding with me.

“I know he is a great coach and I will make progress with his help.”

Edu: We’ve been studying Gabriel for a while

Techincal director Edu has revealed Arsenal have been studying Gabriel Magalhaes for some time now and is delighted they’ve beaten a number of clubs to his signature.

“We are delighted to have signed Gabriel,” he told the club’s website.

“He is a player we have been studying for a while and he was in demand from many clubs, so we are proud to have agreed and completed this transfer with Lille and the player.

“Gabriel is a player of high quality and Mikel and his coaches are looking forward to integrating him into the club.”

Mikel Arteta has revealed his delight following the signing of Gabriel Magalhaes, insisting he will make Arsenal a stronger unit.

“We welcome Gabriel to Arsenal,” he told the club’s website. “He has many qualities which will make us stronger as a defensive unit and as a team.

“He has proved with Lille that he is a defender with many outstanding attributes and we are looking forward to watching him grow as an Arsenal player.”

Arsenal have completed a major signing in Gabriel Magalhaes, in what Standard Sport understands is a five-year deal.

The 22-year-old completes a move from French side Lille, and he will wear the No 6 shirt!

It brings an end to a lengthy saga, in which Manchester United and primarily Napoli were heavily linked with the defender.

Gabriel will join a new-look Arsenal defence, with William Saliba also returning to the squad following a loan spell.

Arsenal have confirmed the signing of Gabriel Magalhaes on a long-term contract.

Manchester City are not prepared to pay more than €100m for Lionel Messi.

Deportes Cuatro report that Pep Guardiola has personally held talks with the Barcelona star in recent days with the City eager for a reunion at the Etihad Stadium.

The report adds the possibility of a City player moving in the other direction has also been discussed, naming Gabriel Jesus and Bernardo Silva as possible options.

‘Agent’ Rudiger at it again?

Antonio Rudiger says he played a role in convincing Timo Werner to join Chelsea this summer – and hopes to have had the same effect on Kai Havertz who is on the verge of joining the Blues.

Chelsea are set to pay an initial club record fee of £72m for the 21-year-old midfielder in a deal that will take their summer spending beyond £200m.

Havertz met up with the Germany squad in Stuttgart yesterday but his move to Stamford Bridge is edging closer to completion.

Rudiger is also with the national team squad and appeared confident of the Bayer Leverkusen star joining him in west London very soon.

“Everything went well with Timo Werner, so I made my contribution,” Rudiger said at a press conference on Tuesday ahead of Germany’s Nations League clashes with Spain and Switzerland. “And I hope that it works again now [with Havertz].”

‘Agent Rudiger’ played a similar role earlier this summer when Chelsea were on the verge of signing Werner from RB Leipzig – with the striker later revealing the centre-half was key in his decision to head to London.

“He was positive about it all. It would have been strange for him to say different, though!

“He was full of praise. He said that the city was incredible and that you can only be happy there so it was useful to be able to talk to him, and he really helped me in making my decision.”