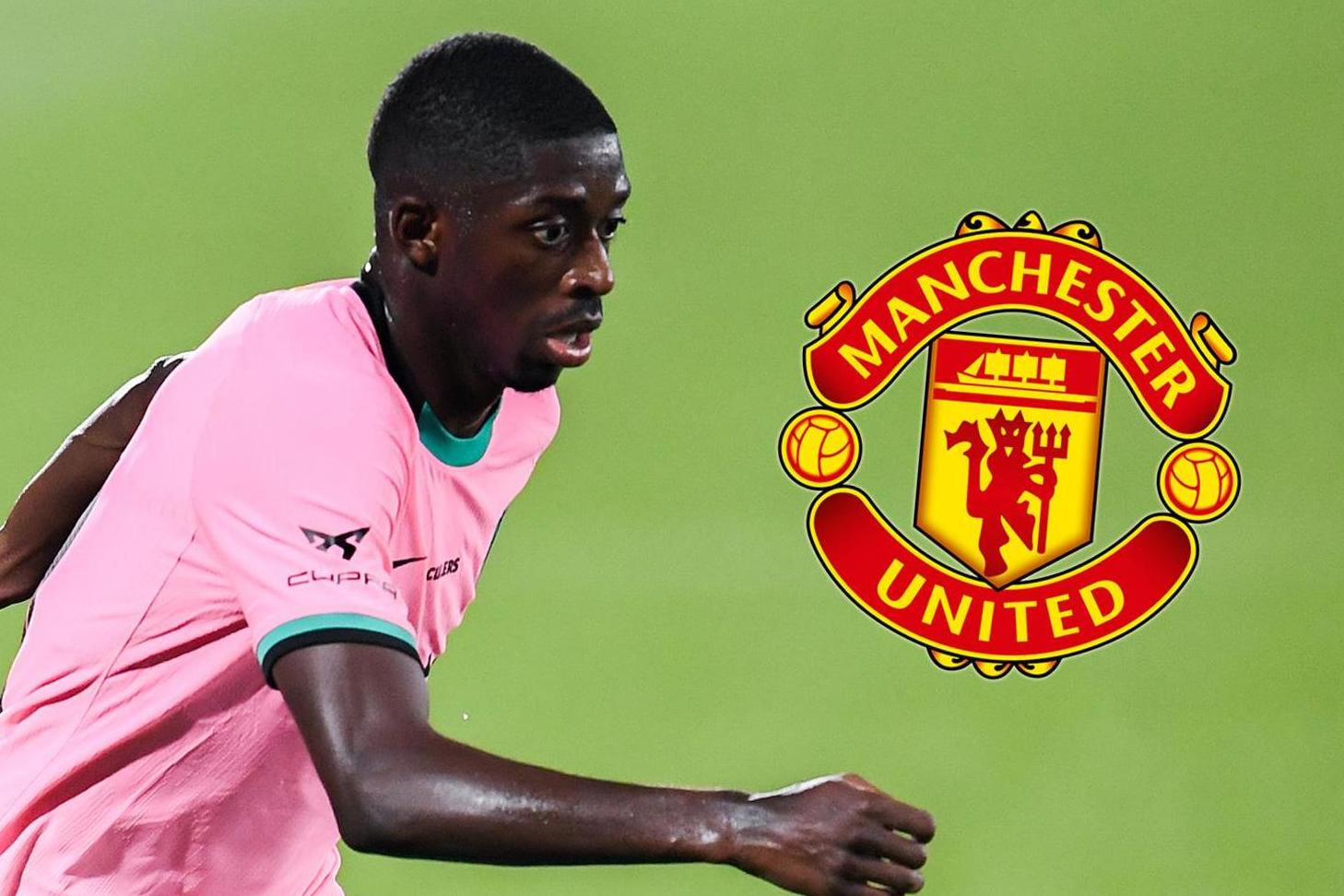 Dembele to United and Depay to Barca?

Dembele has been mooted as an alternative to Jadon Sancho and the report claims Barca would be willing to part ways with the Frenchman for a fee of around €50-60million.

That would represent a huge loss on a player they paid more than twice that for but would remove a significant wage off their bill.

Selling Demeble would then give Barca the scope to sign Depay, who excelled under Ronald Koeman for the Dutch national side.

Sky Sports News are reporting that Leicester have made a £30million bid for St. Etienne star Wesley Fofana.

The centre-back had also been linked with West Ham, who are looking to strengthen in the position having so far failed in their pursuit of Burnley’s James Tarkowski.

Sancho OUT of Munich trip

Jadon Sancho has not travelled with the rest of the Borussia Dortmund to Munich for tomorrow’s Super Cup clash with Bayern because of a respiratory problem.

In a tweet, the club confirmed that both Sancho and goalkeeper Roman Burki are suffering with the problem but tested negative for Covid-19 yesterday.

PSG to rival Spurs to Rudiger?

Earlier on today we brought you reports that Tottenham were considering a shock move for Antonio Rudiger, who looks to be on his way out of Chelsea.

According to Sky Sports they will face competition from PSG, though the French champions may choose to prioritise improving their midfield, even having lost Thiago Silva at centre-back.

They claim that Cavani would be United’s preferred option but he is likely to be far more expensive, even as a free agent, because of his wage.

Madrid are said to be willing to let Jovic leave on loan, but have offers from three clubs in Italy and want to send him to wherever he will get the most playing time. Given Ole Gunnar Solskjaer has Anthony Martial, Marcus Rashford and Mason Greenwood at his disposal, that may not be at Old Trafford.

Now then, Manchester United fans. Gianluca Di Marzio says the club are keen on bringing in another striker before next week’s deadline, with Luka Jovic and Edinson Cavani the names on their list.

Cavani is a free agent having left PSG when his contract expired at the end of last season.

Jovic, meanwhile, is out of favour at Real Madrid and the report claims talks are underway over a possible loan move.

Reus: Sancho will stay at Dortmund

The Telegraph say that Manchester City are only likely to move for Ajax full-back Nicolas Tagliafico if they can move on Oleksandr Zinchenko.

The Ukrainian has often been called upon to deputise at left-back by Pep Guardiola, largely because of Benjamin Mendy’s persistent injury problems.

West Ham are interested in signing Slavia Prague right back Vladimir Coufal, according to The Guardian.

First choice right back Ryan Fredericks will be out until after the international break after picking up an injury in the win over Wolves and the Hammers are short of cover in the position, with 20-year-old academy graduate Ben Johnson next in line.

Correire claim Juventus are preparing a £45million move for Fiorentina striker Federico Chiesa in the final days of the window.

The forward, who is the son ex-Italy international Enrico, scored seven goals last season and has been linked with AC Milan.

The report suggests, however, that Fiorentina want more than £60million for the 22-year-old.

City back four ‘in disarray’ despite Guardiola spend

Former Tottenham midfielder Jamie O’Hara believes Manchester City boss Pep Guardiola is fortunate not to have been sacked over his failure to improve his defence.

Guardiola’s men were beaten 5-2 at home by Leicester on Sunday, with three members of his back four conceding penalties.

Nathan Ake (the only one not to) was brought in earlier this summer in a £41million, while Ruben Dias’ imminent arrival from Benfica will take Guardiola’s spending on defenders beyond £400m during his tenure.

“Any other manager would probably have got the sack after spending £400m on defenders and having a back four that’s in disarray as Man City’s is,” O’Hara said on talkSPORT.

“The best signings they’ve made have been Benjamin Mendy and Aymeric Laporte, the problem is they’re been injury prone; they’ve been brilliant signings but they’ve not been able to keep them fit.

“The problem is they’ve never replaced Vincent Kompany. As soon as Kompany left I said, ‘if they don’t replace him they’re going to really struggle’, and they haven’t. They thought they could get away with not replacing him and it’s cost them, big time.”

Adams: Leno not a top-four keeper

Arsenal legend Tony Adams believes Mikel Arteta has made the wrong decision in picking Bernd Leno over Emiliano Martinez as his first-choice keeper.

With limited game-time on the horizon, Arsenal’s FA Cup hero Martinez left for Aston Villa, where he’s kept two clean sheets in as many league games.

Speaking to Astro SuperSport, Adams said: “[Emiliano] Martinez was incredible in their cup run. He was absolutely sensational.

“And I do like big ones and what Leno does struggle with, for me, is crosses and stuff.“But it isn’t about me, Arteta’s gone, ‘No. Leno is my number one, I like him’, and he’s put all of his faith in him.

“But I don’t believe that he’s a top four goalkeeper, for me.”

Manchester United have held talks with Championship side Watford over a deal for Ismalia Sarr.

The winger is attracted strong interest after a highly impressive debut season in England.

The 22-year-old is not forcing a move, but Watford – who are opposed to a loan deal – want over £40million.

The Hammers are desperate for additional defensive reinforcements, now turning their attention to the 28-year-old.

Maksimovic is now into the final year of his contract, which could see Napoli be tempted into a cut-price deal.

Manchester United are happy for Daniel James to leave on loan this season, but only if they sign Jadon Sancho, report The Sun.

James has been heavily linked with a loan move to Premier League newcomers Leeds, who came close to signing the Welshman prior to his United move.

United are still prioritising a move for Sancho during the window but Borussia Dortmund are holding firm over their £108m valuation.

Shkodran Mustafi has agreed terms with Lazio ahead of a proposed Arsenal exit, according to Lazio Press.

The defender finally looks set to leave Arsenal, with just an agreement over bonuses to iron out.

Mustafi has fallen down the pecking order following the arrivals of both Gabriel Magalhaes and William Saliba, yet to feature this season.

The 28-year-old would be joining a team set for Champions League football having finished fourth in Seria A last season.

The Seria A outfit have opened talks with the Cherries over the potential signing with under a week before the October 5 deadline.

The striker scored 50 goals in 171 appearances for Bournemouth.

Interestingly, Tottenham have been linked with Torino forward Andrea Belott.  And though a deal seems too expensive, Spurs fans may be slightly encouraged by Torino’s search for a forward.