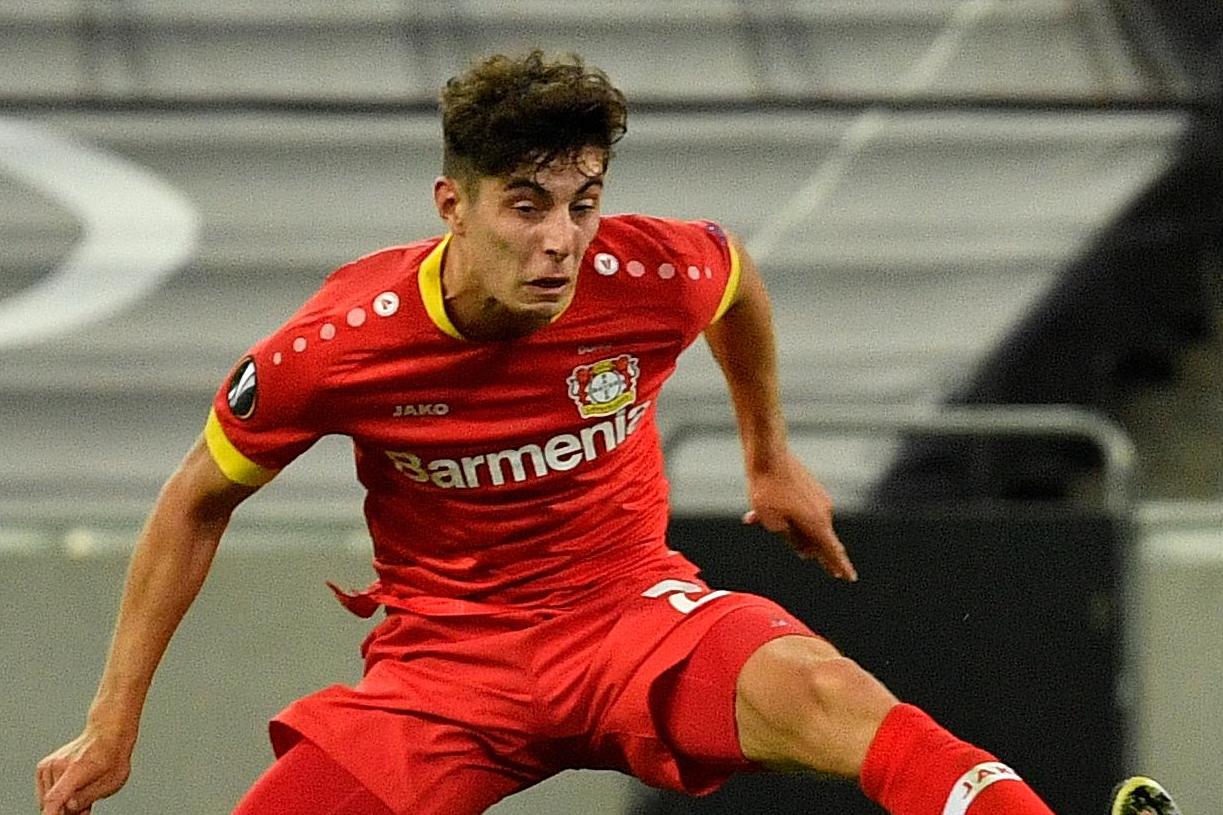 The window officially opened last month after the completion of the delayed 2019-2020 Premier League season. Premier League clubs will now be busy tweaking their squads ahead of the new campaign, with the window scheduled to close on October 5.

Chelsea have already brought in the likes of Hakim Ziyech and Timo Werner, and are now targeting Kai Havertz. Manchester City have brought in Nathan Ake and Ferran Torres, while champions Liverpool have signed Greek left back Kostas Tsimikas. Manchester United continue to work on a deal for Jadon Sancho – a saga which looks set to run and run.

Arsenal and Tottenham can now offer European football to their targets, with Willian having completed his medical ahead of a free transfer to Arsenal , while Tottenham have compelted a deal for Pierre-Emile Hojbjerg .

Nuno Espirito Santo has set his sights on summer additions after his side were knocked out of the Europa League by Sevilla on Tuesday night.

Wolves have little time to rest and recover from a mammoth campaign in which they finished seventh in the Premier League on top of their run to the Europa League quarter-finals.

“If you look at the team that started the game, it’s the same like the first season.

“We made mistakes that we cannot repeat. We need players that can make us stronger, no doubt about it.”

Southampton are set to confirm the signing of defender Mohammed Salisu, according to the Daily Mail.

Salisu has been in quarantine following his arrival from Spain.

He will become Saints’ second signing of the summer after they confirmed a permanent deal for Kyle Walker-Peters, who has joined from Tottenham for £13million.

The midfielder last summer made no secret of his desire for a new challenge but, 12 months on, opinions have changed.

Standard Sport understands United are growing confident that Pogba is happy at Old Trafford, with the player rejuvenated under Ole Gunner Solskjaer after an injury-ravaged season.

Pogba on Tuesday tweeted “TOMORROW” with a pair of eyes emoji. We wait with bated breath.

Leicester are set to table a bid for Burnley defender James Tarkowski, according to The Daily Star.

The Foxes could have to pay up to £50m as they prepare for a Europa League campaign next term.

They want a new defender to compete with Jonny Evans and Caglar Soyuncu.

It is only a matter of time before Willian is unveiled as an Arsenal player with everything now in place for an announcement.

Willian edged closer to joining Arsenal after undergoing a medical on Monday.

The Brazilian, 32, has left Chelsea after seven years at Stamford Bridge and the Gunners hope to wrap up a deal to sign him on a three-year contract this week.

Victor Lindelof has been used most-consistently alongside the £80million centre back, but Solskjaer is weighing up options from within Old Trafford and outside, with questions over United’s vulnerability when faced with pace.

Nathan Ake was among the potential targets before his £40million move from Bournemouth to Manchester City.

Kalidou Koulibaly is a dream target, with Solskjaer a long-term admirer. But his £70million-plus price tag will be prohibitive as United focus on Jadon Sancho for a similar fee.

They are monitoring Lille’s Gabriel Magalhaes, whose £20million valuation makes him a more affordable option.

Standard Sport understands Real Madrid are considering bringing Dani Ceballos back to the club this summer in a blow to Arsenal’s summer transfer plans.

Arsenal had been hoping to agree another loan for the midfielder but Standard Sport understands Madrid are weighing up their options after last Friday’s Champions League elimination at the hands of Manchester City.

Ceballos did not feature heavily during Zinedine Zidane’s first spell in charge but could be brought back as the Frenchman looks to revitalise an ageing midfield with the ongoing financial impact of Covid-19 ruling out big summer signings.

The Spain international has said previously of his desire to triumph at Real, but is keen for regular playing time as he looks to earn a place at next summer’s European Championships and also the Olympic Games in Tokyo.

Zidane is expected to have the final say in pre-season before a decision is made on the player’s future, but senior figures at the Spanish side remain confident he has the ability to be a success at Real.

Manchester United’s top target Jadon Sancho has accepted he will not be moving to Old Trafford this summer, according to The Times.

Borussia Dortmund imposed a deadline of August 10 for United to meet their £108m valuation, and their failure to do so has supposedly scuppered any chances of the deal going through this summer.

Sancho privately expressed a desire to move to United earlier this summer but is now said to be preparing for the 2020-21 season with the Bundesliga club.

Gareth Bale is prepared to see out the final two years of his Real Madrid contract, according to The Sun.

Former club president Ramon Calderon has said Bale is “wasting his time”, but the player plans to see out his deal until 2022.

Manchester City are set to earn a further £1million after Douglas Luiz helped Aston Villa survive, according to The Sun.

The 22-year-old moved to Villa Park from the Etihad in a £15m deal last summer, but City included a clause which means they are now due an additional seven figure fee.

Liverpool will receive the full, record prize pot for winning the Premier League this season, according to The Times.

Clubs have agreed to delay any reductions to their end-of-season payouts caused by the Covid-19 crisis, with the financial hole totalling around £330million set to be spread out across future campaigns.

It means that Liverpool will receive about £175 million in prize money.

That number would have dropped by around £21million had cuts to TV income been applied this summer.

Manchester United could hijack Chelsea’s move for Kai Havertz if they continue to be frustrated in their attempts to land Jadon Sancho, according to the Manchester Evening News.

United are considering alternatives to Sancho, with Borussia Dortmund maintaining firm stance on their £108million valuation.

Ousmane Dembele is one who has been linked with Old Trafford, while Kingsley Coman of Bayern Munich and Juventus’s Douglas Costa are reportedly being considered as alternatives.

West Ham are considering triggering a clause to extend Michail Antonio’s contract by two years, according to The Mail.

Antonio was the standout man as David Moyes’s men secured Premier League survival during the run-in and is set to be rewarded with improved terms.

The new contract would make Antonio one of the highest earners at the club, nearer the £100,000-a-week salaries taken home by Andriy Yarmolenko, Sebastian Haller and Jack Wilshere.

Hojbjerg reveals why he joined Tottenham

Pierre-Emile Hojbjerg has said he was desperate to be a part of Tottenham’s exciting future plans.

“What was very important for me was that I wanted to play for a club that I could myself for many years and Tottenham was just the one,” he told the club’s website.

“I’m very proud, very happy, very excited. I think there is a fantastic future ahead for the club and I wanted so much to be a part of that.”

Manchester United have identified Barcelona forward Ousmane Dembele as a possible alternative to Borussia Dortmund’s Jadon Sancho, according to ESPN.

If Dortmund sporting director Michael Zorc is to be taken at his word, the deal for Sancho is now off.

However, Tthose comments have been taken as posturing with all three parties still keen to get the deal over the line.

United have not admitted defeat but are beginning to consider other options. They have reportedly held informal talks over a move for Dembele over an initial season-long loan with an obligation to buy, but no approach has been made.

After securing Europa League qualification for next season, Mikel Arteta is looking to improve his squad and apparently sees Quincy Promes as an ideal addition.

The Netherlands international only joined Ajax from Sevilla last summer but the 28-year-old has had a fine season, scoring 16 goals in 27 appearances for the Eredivisie outfit.

Having already sold Hakim Ziyech, it remains to be seen whether Ajax would let the winger go. But according to The Sun, the forward would agree to a move to north London “in a heartbeat”.

It is also claimed Promes could replace Alexandre Lacazette, who has been linked with Inter Milan and Atletico Madrid.

Tiemoue Bakayoko is reportedly set to head to AC Milan on loan for the second time in three seasons, reports in Italy suggest.

The 25-year-old has been told he has no role to play under Frank Lampard and spent the season on loan at Monaco, who opted against taking up their option to sign the Frenchman.

But it now seems that the Blues will offload Bakayoko, who cost £40m back in 2017, as he heads on a season-long loan to the San Siro.

It is reported by Sky Sport Italia that Milan will pay a £2.7m fee up front with a view to a permanent £31.5m deal.

Further to those earlier reports that confirmed Chelsea are yet to make a bid for Declan Rice, West Ham have responded by saying they would not consider a £50m bid.

According to Sky Sports, the Hammers would “laugh off” any suggestion a bid of such value would be enough to lure the West Ham captain anyway from the London Stadium.

At least Chelsea know where to start now!

Liverpool ‘still in talks’ for Thiago

Liverpool have not given up hope of signing Thiago Alcantara from Bayern Munich this summer, according to reports.

Sky Sport Italia’s transfer expert Fabrizio Romano says the clubs have been in talks for weeks and remain locked in discussions, with Bayern chief Karl-Heinz Rummenigge confirming the Bundesliga giants will sell for the right price.

That valuation for the 29-year-old is believed to be £30m and it remains to be seen whether the Reds will stump up the cash for the Spain international.

Aston Villa are set to launch a move to sign Brentford striker Ollie Watkins, according to Sky Sports.

The Bees frontman finished the season with 26 goals in the Championship as the west London side reached the Play-off final, before losing to Fulham.

That could see Watkins leave for a Premier League club this summer and Villa are one of several clubs keen, along with Crystal Palace and West Brom.

But Brentford are likely to hold out for £25m, a fee similar to what they received for Neal Maupay a year ago.