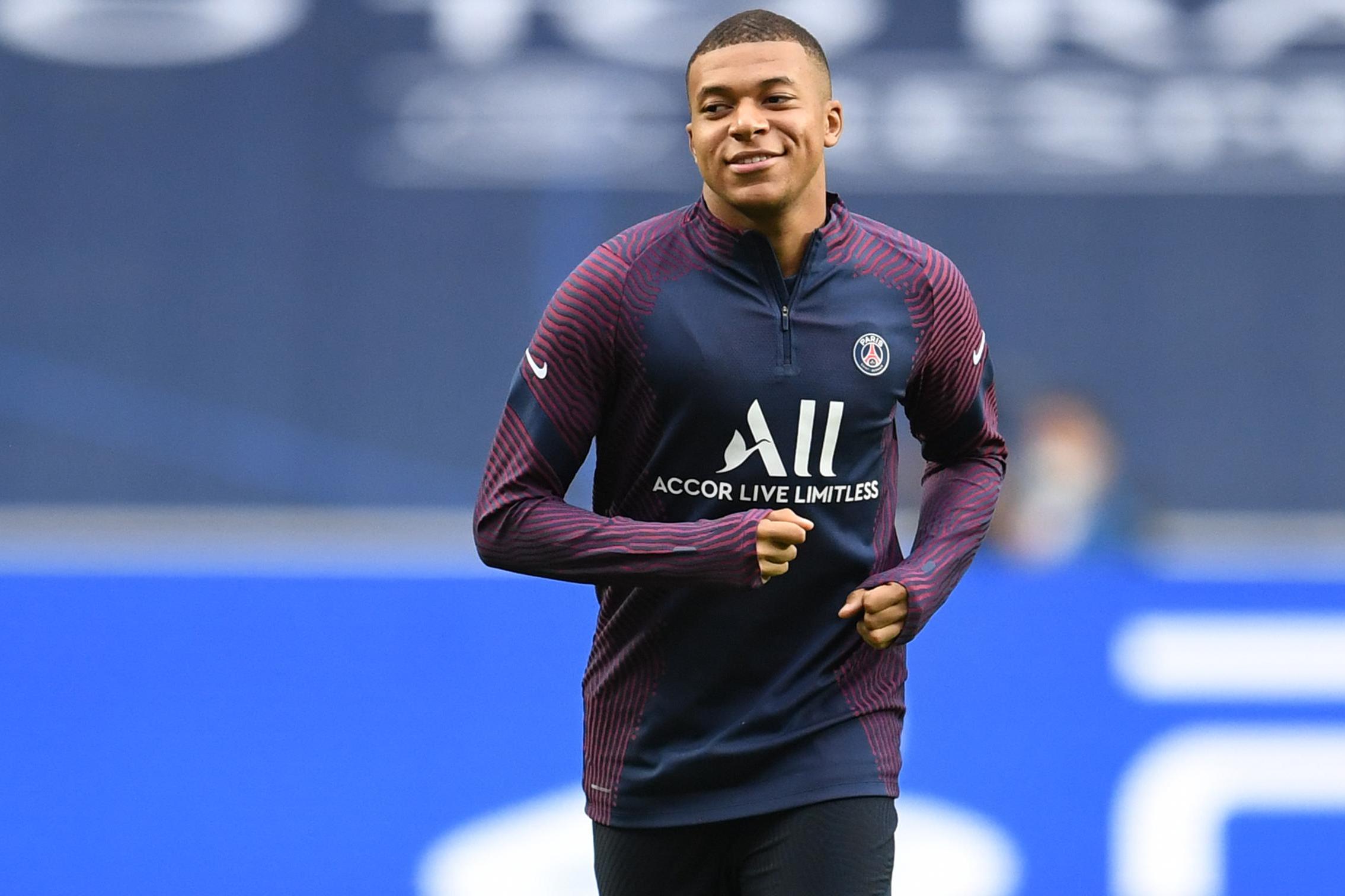 Welcome back to the Evening Standard’s LIVE coverage of all the latest transfer news as the fallout continues from last week’s deadline day.

The domestic window finally slammed shut for Premier League clubs in its entirety on Friday, 16 October, with the international window having already closed on October 5.

As for deals during the main window, Chelsea spent over £200m on the likes of Kai Havertz and Timo Werner, Manchester United missed out on Jadon Sancho but signed Edinson Cavani, and Arsenal nabbed £45m Thomas Partey among others.

There is no room at the inn for Phil Jones or Sergio Romero, with the duo left out of Manchester United’s 25-man Premier League squad. It is not necessarily a surprise, but it also speaks to United’s disorganised transfer policy that they were unable to shift either the goalkeeper or the defender on this summer.

Palace have a new No.1

Jack Butland has been handed the No1 shirt by Crystal Palace, becoming the first player to hold it since club legend Julian Speroni departed.

The former Stoke City keeper, signed on a three-year deal for around £1million on the domestic deadline day last week, was brought in as cover for injured Wayne Hennessey, who has not been named in the Eagles’ 25-man Premier League squad for the season.

A leading fans’ group says supporters “detest” the idea of a European Premier League, as reports of a new competition surfaced.

It has been reported that financiers are putting together a package worth £4.6billion to assist the creation of the competition, and that Liverpool and Manchester United are two of the clubs in talks about it.

It is also reported to have the backing of the sport’s world governing body FIFA, but the Football Supporters’ Association was quick to denounce it.

“Seriously, if you’re a club owner or football financier who thinks a global health crisis is the perfect opportunity to rip up and reshape football to suit billionaires… you have no idea how much fans detest your concept. It will not go how you think,” a statement on the group’s official Twitter account read.

United and Liverpool ‘in talks for European Premier League’

To some potentially massive news now. Sky are reporting that Liverpool and Manchester United are among clubs in talks over a new Fifa-backed European Premier League.

The report claims that financiers are creating a €6billion package to fund the tournament, with more than a dozen teams from the five major European leagues in negotiations.

The suggestion is that upto 18 teams would take part, as many as five of them potentially from England.

France Football claim that Manchester United and Barcelona had completed the required paperwork for Ousmane Dembele to head to Old Trafford on deadline day, only for the player to pull out of the move.

The report claims that the two clubs reached a formal agreement and had the necessary documents ready to go with five hours of the window left, but that Dembele refused to quit the Nou Camp.

There’s lots of talk around today about Kylian Mbappe’s future and it sounds as if he Thomas Tuchel faces a big job to keep him at the club next summer.

Unai Emery would know all about that, it seems, because the former PSG boss has been talking about how he convinced the French star to turn down Real Madrid once before.

“When I was in Paris, Mbappe was seriously thinking about going to Real Madrid because he likes them a lot, he was very excited to play for Madrid,” Emery told Marca.

“I didn’t want him to leave and I had a conversation with him and his father to convince him that he had to stay, leaving PSG is not easy.”

Liverpool youngster Harvey Elliott has revealed the length of detail that went into his decision to join Blackburn Rovers on loan last week.

“I spoke with the gaffer before I made the decision and he said this was the best thing for my career and to go and express myself and show people who I am,” he told the Lancashire Telegraph.

“All the coaching staff were very positive and said they’d support me all the way, so for them to say “go and enjoy yourself and the experience” I think it made it a lot better.

“Liverpool were behind me 100 percent, they sat me down, gave me clips from games, how Rovers play, where I could potentially be playing, and to have that background information on the club and the style of football, was really important.

“I had a chat with the gaffer, got his word, what role and responsibilities I would have, so to have that background information and a positive energy about the club was a big help in me coming here.”

The father of Sporting Lisbon starlet Joelson Fernandes claims both Arsenal and Liverpool made attempts to sign his son this summer.

The report in O Democrata claims Fernandes’ father told them of a £17million bid from Arsenal, while Liverpool saw the youngster as ideal backup for Sadio Mane, before they moved for Diogo Jota.

To a Manchester City defensive signing (of sorts) that would be significantly cheaper.

The Mail claim City are open to the idea of Pablo Zabaleta returning to the club in a non-playing capacity following his retirement from football last week.

The Argentine was a key part of the City side that pushed to break into English football’s elite, spending nine years a the club between 2008-17.

The Senegalese has been linked with a move to City for what feels like forever but has remained loyal to the Serie A side.

The rejection did not deter Pep Guardiola from splashing the cash on his backline as Nathan Ake and Ruben Dias arrived for more than £100m.

Southampton striker Danny Ings is close to agreeing a new contract at the club, according to The Athletic.

The forward has been in terrific form over the last 12 months, earning a recall to the England squad and attracting interest from Tottenham in this summer’s transfer window.

Mbappe on the move?

French outlet La Parisien say Kylian Mbappe is unwilling to extend his contract at PSG, opening the door for a possible departure next summer.

The French star’s contract expires in June 2022, meaning next summer would be PSG’s final chance to cash in, unless they can agree a new deal.

Mbappe has been heavily linked with both Real Madrid and Liverpool in the past.

Wolves captain Conor Coady was quick to knock back suggestions he could be brought in to replace Virgil van Dijk at Liverpool.

Coady is from the city and came through Liverpool’s youth ranks before leaving to join Huddersfield, but has risen through the divisions with Wolves and is not looking an established part of Gareth Southgate’s England squad, too.

“I can’t believe you have just put this to me here! No, not at all’, he told Monday Night Football in response to Carrragher.

“I love playing for this club, we’ve just beat Leeds in an amazing, amazing game. You know what I am like.”

Former Watford striker Danny Welbeck has revealed the role Brighton midfielder Adam Lallana played in his move to the Amex this summer.

The pair were teammates at international level for England and Welbeck says he got the lowdown from Lallana before joining as a free agent earlier this month, having terminated his Hornets contract.

“I am very pleased to be here,” he said. “It was over a few weeks that I have been in talks with [technical director] Dan Ashworth and the club and meeting members of staff and having chats with Adam Lallana as well.

“I have had a few chats with him. Everything was really positive and I made my decision and I am here now.”

Juventus boss Andrea Pirlo admits Paulo Dybala was left ‘angry’ after being benched for this weekend’s 1-1 at Crotone, amid speculation over his future.

The Argentine has played only a bit-part role since Pirlo’s arrival and even with Cristiano Ronaldo absent after testing positive for coronavirus, he was not afforded a starting berth.

“I talked to him [Dybala] yesterday as I do to everyone else,” Pirlo said. “He was a bit angry for not having played in Crotone but we have to remember that he hasn’t played for three months.”

Dybala has previously been heavily linked with both Tottenham and Manchester United, while a report in TuttoMercato suggests Chelsea could continue their recent lavish spending with a January move.

The Sun claim that Manchester United want a £20million transfer fee to allow Phil Jones to leave the club in January.

The England international signed a contract extension until 2023 last summer but has not played a minute of the new campaign and has barely featured at all over the last 12 months.

PSG could make a January move for former Tottenham midfielder Christian Eriksen, according to Todofichajes.

The Dane only left spurs during the most recent January window to join Inter Milan as his contract entered its final six months.

​However, the playmaker has not had the desired impact under Antonio Conte and the report claims Inter would be happy to see him go if they can recoup the €20million fee they paid Spurs.

Son still has just under three years to run on his contract but Tottenham are keen to tie him down to fresh terms, an extension now considered a priority according to the Mail.

Haaland ‘would prefer Madrid to Manchester’

Erlling Haaland would rather join Real Madrid than Manchester United when he eventually leaves Borussia Dortmund, according to ABC.

The Norwegian’s links to current United boss Ole Gunnar Solskjaer would appear to put the Reds near the front of the queue when the prolific forward does decide to move on, having joined the German side from Red Bull Salzburg in January.

However, the report claims his first choice would be to head to the Bernabeu, where he would link up with international teammate Martin Odegaard.

The January transfer window opens on Friday January 1, 2021, and will run until Sunday January 31.