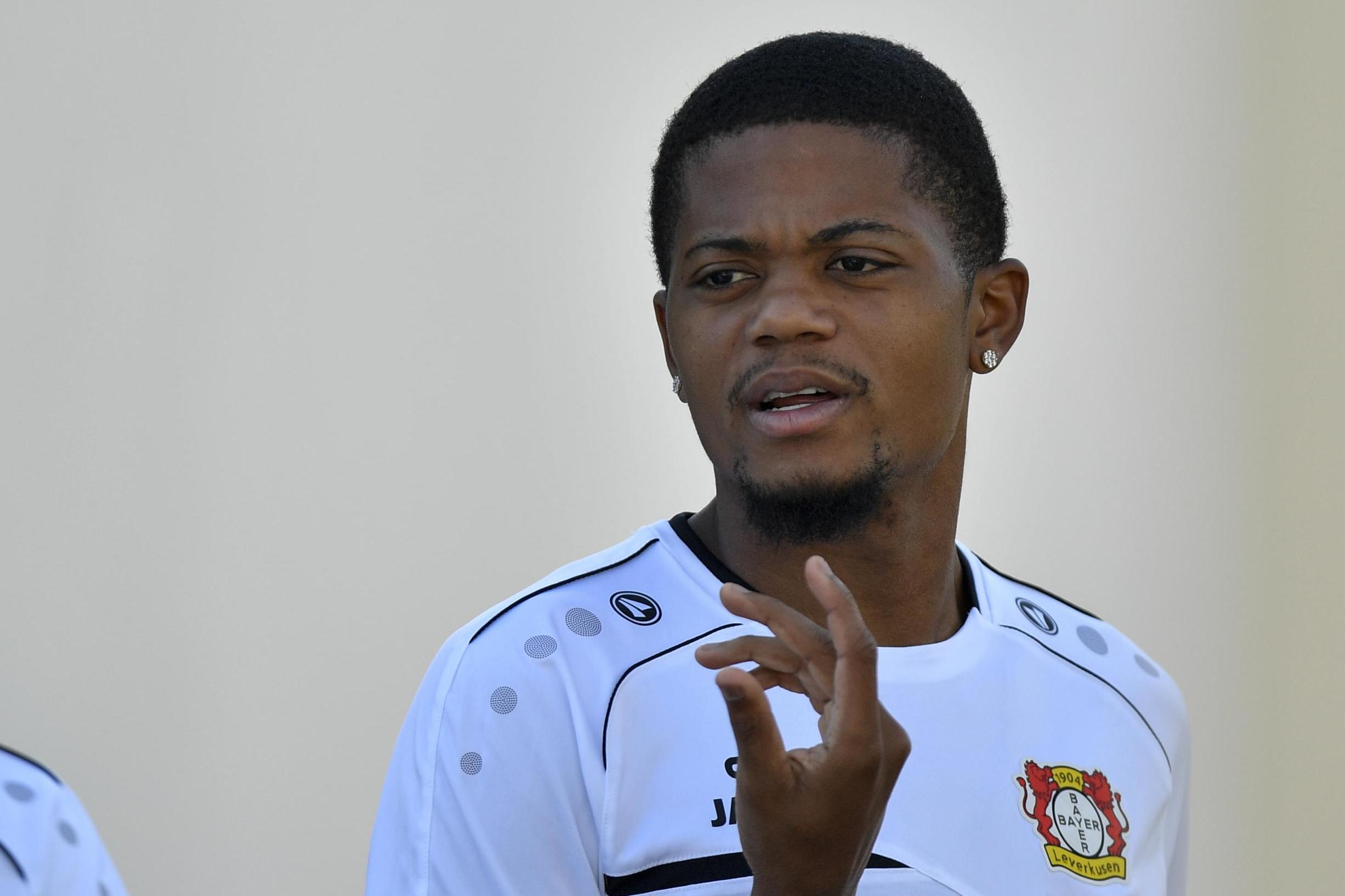 Tottenham are interested in signing Bayer Leverkusen winger Leon Bailey, according to Sky Sports, who claim the player wants to join the Premier League before the end of the window.

Spurs have watched the 23-year-old winger, who scored five goals in 22 Bundesliga appearances last season, though his £40million asking price would have to be reduced.

Everton have also been linked with the midfielder.

And here’s the Chelsea boss on another debutant, Kai Havertz…

“I liked him,” Lampard added. “It’s not a game that you’d come away from and say: ‘here are ten vintage moments. But I thought there were moments of real quality and calmness.

“It’s a big ask, there’s a lot on his shoulders for the signing that he was, the fact that he’s young and coming from a different league. He plays the game at such a pace in terms of his quality and how he receives the ball and I thought he showed a few glimpses of that.

“We also saw him sprint back 80 yards to make a defensive interception having given the ball away so everything I’ve seen about him in terms of his character is spot on and I think his quality is going to come through. It was asking a lot of him tonight and we’re going to see a lot more of him, he’s a hugely promising young player.”

Timo Werner made his Chelsea debut in tonight’s 3-1 win over Brighton, winning the penalty which led to Jorginho’s opener. This is what his manager made of his display…

“I love the way Timo pops up in different areas,” Lampard told Sky Sports. “He’s not a front man that attaches himself to defenders so much, sometimes he can start from a bit deeper but when he goes he goes.

“We saw that with the burst of pace that got him in for the penalty. I think the ball was slightly overplayed but he still gets there and he has that about him, a real hunger to score goals and be ruthless in those areas. We saw a lot of signs from Timo tonight on what he’s going to bring.”

Sancho on the score sheet

Jadon Sancho remains on Manchester United’s wanted list – but the England international opened his Borussia Dortmund account for the season this evening.

Jude Bellingham marked his competitive debut for Borussia Dortmund with a goal in their 5-0 win over MSV Duisburg in the DFB-Pokal first round.

The teenager, who signed from Sky Bet Championship club Birmingham in the summer, got on the scoresheet with 30 minutes played when he collected a pass from Thorgan Hazard and applied the finish.

It created history for Dortmund after Sancho had opened the scoring from the penalty spot in the 14th minute on his 100th appearance for the German outfit.

Charlton boss Lee Bowyer has revealed he would like to manage former club West Ham one day ahead of their Carabao Cup clash on Tuesday.

“It’s really special [to be going back],” he told talkSPORT. “Growing up as a West Ham fan and playing there as well,” Bowyer said.

“It’s going to be a bit surreal going there as a manager. It’s like I’ve gone through every stage of going to a West Ham stadium, so I’m looking forward to it.

He added: “Having the fans singing my name will be something I never forget so hopefully one day I might be able to manage them, so I can go the full circle.”

Bent: Poch will be there if Lampard fails to win a trophy

Chelsea have spent in the region of £200million this summer on the likes of Kai Havertz, Timo Werner, Ben Chilwell and Hakim Ziyech.

As a result, Bent now believes Lampard must win a trophy or fear the likes of Mauricio Pochettino waiting for him to slip up.

“The next step is trophies,” Bent told Goal. “He has got to deliver trophies as he has bought top players from around Europe.

“Chelsea had a free crack at them and after having a free hit year with a transfer embargo, it has ramped up the pressure twofold. Werner, [Hakim] Ziyech, Thiago Silva, Ben Chilwell and Havertz are all top players. They are luxuries for any manager in the positions they play.

“For me, he has got to deliver. My fear is that if they don’t get off to the best of starts, other great managers like Pochettino will be waiting to go in

West Ham are targetting a move for Arsenal outcast Sead Kolasinac this summer, according to The Athletic.

Kolasinac has struggled for game time under Mikel Arteta with Kieran Tierney emerging as the first-choice pick.

Hammers boss David Moyes is keen to sign a new left-back, with Tomas Soucek the only signing this summer so far.

Wilshere has endured an injury-plagued stint with the Hammers since his 2018 arrival, playing just 18 times.

The midfielder was not involved in their opening day home defeat to Newcastle, despite featuring in pre-season.

The 21-year-old joined Liverpool from Falkirk in 2018 and is now set for his first spell away from the club.

Bale willing to move to United on loan

Gareth Bale would be willing to move to Manchester United on loan or permanently, according to Sky Sports.

The Real Madrid forward would willingly join any big club – but only if the club show they really want him.

The Welshman does not want to be a back-up option.

Meanwhile, Madrid are prepared to let Bale leave on loan this summer, with Sky reporting they need a deal due to the impacts of coronavirus.

Oscar: Willian and Luiz asked me to join Arsenal

Oscar – who now belongs to Shanghai SIPG – played alongside the Arsenal pair at Chelsea.

“They called me, they had to call me,” Oscar told Fox Sports Brasil. “Because we have good communication. Sometimes I talk to them. They said ‘come to Arsenal, come here’

“I was happy that they got together again. And happy that Willian is happy. The most important thing is to be happy, regardless of the place. So I hope they are happy there.”

Watford manager Vladimir Ivic has admitted the club faces a battle to keep Troy Deeney beyond the transfer window.

The Hornets boss said: “Everything depends on the offer, on the wishes of the player and the club. We follow the situation and we will take a decision if something happens.

“We’ll discuss with him the situation and if he wants to stay or move. To keep someone who doesn’t want to stay here or be with us is not good for me.

“If he wants to be here this is our choice.”

Lautaro Martinez’s agent Beto Yaque has confirmed there is no truth in the player’s links to Real Madrid.

Yaque held a meeting with the Inter Milan board today, subsequently revealing Martinez will stay at Inter.

“There’s absolutely nothing with Real Madrid, we didn’t speak about it or about Barcelona,” Yaque said, as per Fabrizio Romano.

Yaque will reportedly hold further talks with the Inter board after the transfer window to extend his deal.

Standard Sport understands Sancho is the priority signing for United, though they have been dealt a blow with Borussia Dortmund manager Lucien Favre confirming he will be staying this summer.

United will continue to look for alternatives for Sancho, of which wantaway Real Madrid winger is one.

While Bale has revealed he would consider a Premier League return, he reportedly favours a permanent move, rather than a loan deal.