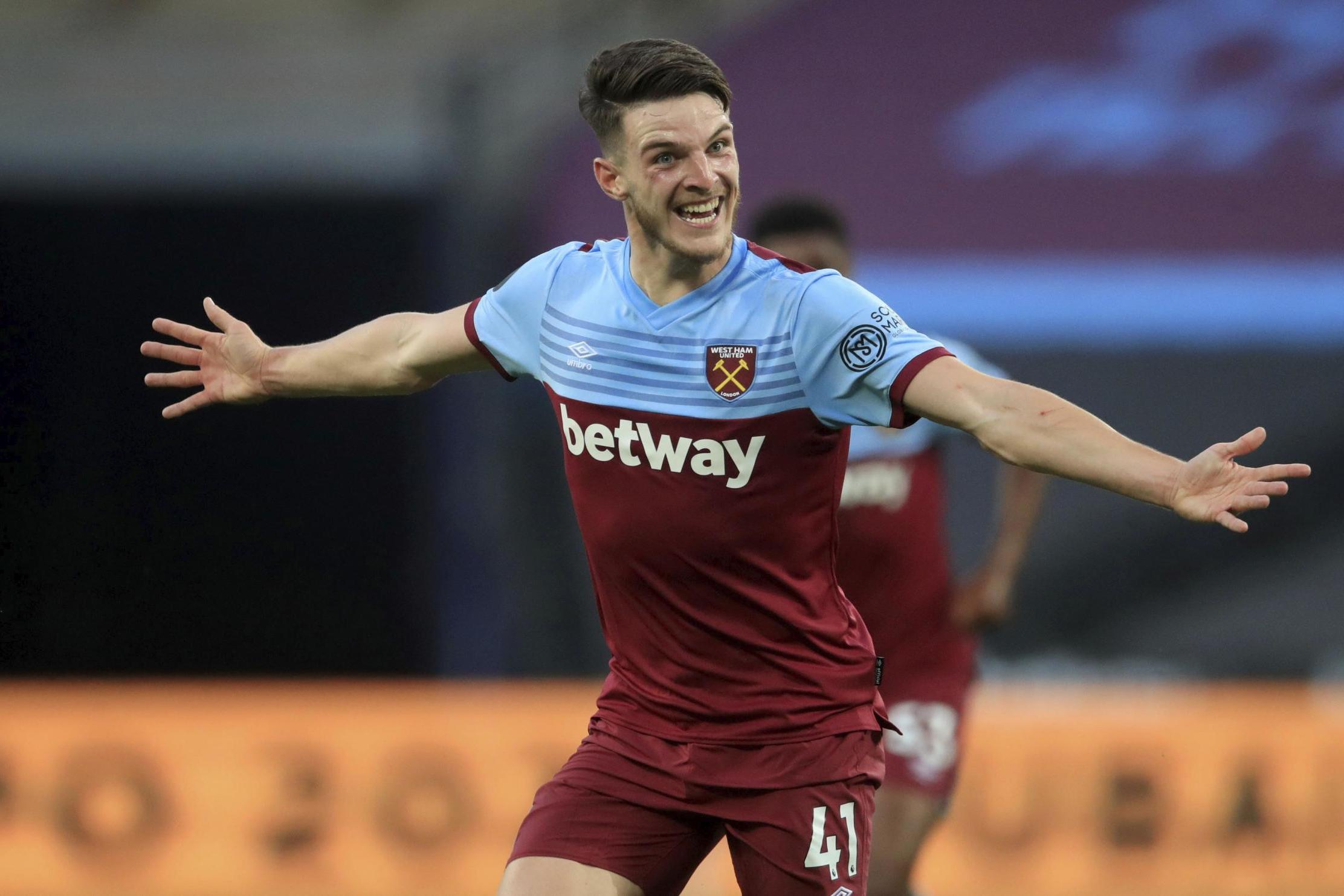 It’s been an incredibly busy summer at Chelsea, with several players recruited for a potential title push this season.

But there also continue to be plenty of exits from Stamford Bridge, particularly on the loan front.

The latest of those deals has seen Brazilian winger Kenedy complete a season-long switch to Granada, where he could feature in their 2020-21 LaLiga season opener against Athletic Bilbao on Friday night.

It is the 24-year-old’s fourth loan spell away from Chelsea following similar stints with Watford, Newcastle and most recently Getafe, where he spent last season.

Kenedy has not played for Chelsea since January 2018.

Wolves will bring Porto midfielder Vitor Ferreira to Molineux later this week, according to the Express and Star.

They have the 20-year-old, who also goes by Vitinha, for a year and can then decide to make him a permanent fixture for £18m.

Portugal’s A Bola reports that representatives for Alex Telles flew to Manchester for talks at Old Trafford.

United are in the market for a new left-sided full-back to provide competition for Luke Shaw.

They are reportedly in talks with the 27-year-old Porto man and have also been linked with a move for Sergio Reguilon.

Atletico Madrid have resisted Arsenal’s offers for Thomas Partey but that could be about to change.

The Spanish club need extra funds to sign Espanyol’s 23-year-old midfielder Marc Roca and may be forced to lower their asking price for their 27-year-old Ghanaian midfielder, according to Spain’s Marca.

Chelsea are refusing to drop below their asking price of £30m for Tiemoue Bakayoko, according to Gazetta dello Sport.

AC Milan do not want to pay more than £25m for the 26-year-old French midfielder.

Manchester City have identified two alternatives to Kalidou Koulibaly as Pep Guardiola eyes a new central defender, according to Sport in Spain.

Napoli are still demanding more than City are prepared to pay for Koulibaly, who has been a target of Guardiola’s for some time.

Aston Villa want to sign 20-year-old England youth international Rhian Brewster from Liverpool for £20m, according to The Sun.

Villa’s pursuit of a forward has been ramped up after they missed out on Bournemouth’s Callum Wilson.

Dean Smith saw a bid accepted for Wilson before it became clear the England international was set on a move to Newcastle.

Sheffield United are also interested in Brewster, while Burnley, Brighton, Crystal Palace and Fulham have all made contact over a possible move.

Zinedine Zidane needs Manchester United to act on their interest in Gareth Bale if he’s to begin his Real Madrid overhaul this summer, according to Marca.

Bale has two years left on his contract at Real, at €12million per season, and the player now recognises the total breakdown of his relationship with manager and club.

Speaking recently, Bale said it was the club and not himself who are complicating the situation: “I am in the hands of Real Madrid but, to be honest, they are making things very difficult, ” the Welshman complained.

United’s season only ended three weeks ago with a Europa League defeat to Seville but Neville said: “Like everyone else they had three months off because of coronavirus, so I don’t think it should be the case they didn’t have the resource or time to get things done.

“Chelsea got their business done, City have got three or four pieces done. I don’t think timing’s the issue.

“They think they can hang on but they always pay it (the asking fee) in the end.

Chelsea are banking on a lavish shopping spree to give them more bite up front and much-needed solidity in defence after coach Frank Lampard spent last season relying heavily on a crop of inexperienced home-grown players.

The Londoners have been among the Premier League’s most active buyers in the close season in stark contrast to a year ago when they were subject to a Fifa transfer ban, giving their youngsters a chance to shine.

Germany striker Timo Werner arrives in London having scored 28 times in the Bundesliga for RB Leipzig last season, while international team mate Kai Havertz (above) plays like Lampard in his pomp with runs from midfield into the box to score.

At the other end, England left-back Ben Chilwell and Brazil veteran Thiago Silva, moving from Leicester City and Paris St Germain respectively, should stiffen the defence.

“Chelsea aren’t buying a team, they are buying and building a dynasty, which I think is extraordinarily exciting,” former Blues winger Pat Nevin told the BBC.

West Ham have had two bids rejected for Tarkowski, the latest being £27million, but a new report claims the Clarets want almost double for the 27-year-old.

Manchester United are hoping to secure up to three more signings before the end of the summer transfer window, according to the Manchester Evening News.

Ole Gunnar Solskjaer has already brought in Donny can de Beek from Ajax and is now turning his attention to a flurry of deals ahead of the October deadline.

United are also monitoring Real Madrid left-back Sergio Reguilon while Solskjaer has been impressed by Dynamo Kiev’s Vitaliy Mykolenko. Both players are contracted to their clubs until 2023.

Chelsea have not given up hope of signing Declan Rice this summer, according to Fabrizio Romano.

The Blues are closing in on their eighth signing of an unprecedented summer, swith Edouard Mendy now in advanced talks and all parties expecting that deal to go through.

But Romano claims Frank Lampard won’t stop there. Chelsea are keen to bring Rice back but West Ham will demand at least £70million for a deal to go through.

Real Madrid have thanked James Rodriguez for his services at the club following his transfer to Everton.

The 2014 World Cup Golden Boot winner signed a two-year deal at Goodison Park with the option of a third.

He leaves Madrid after six years at the club, having scored 37 goals in 125 appearances in all competitions.

Rodrigues now links up with Carlo Ancelotti for the third time, having played under the Italian at both Madrid and Bayern Munich.

A Madrid statement read: “Real Madrid C. F. and Everton FC have reached an agreement over the transfer of James Rodríguez.

“Real Madrid wants to express its thanks and affection towards the player for all of the years he has been part of our club and wishes him all the best in this new chapter of his career.”

Wilder thanks Lampard for Ampadu deal

The highly-rated 19-year-old switches to Bramall Lane after spending last season on loan at RB Leipzig.

“Ethan is an outstanding young player for Chelsea, and we’ve worked really hard to get his signature for the season,” Wilder told the club’s official website.

“We need to thank Frank Lampard and the people at Chelsea for helping making this happen. We’ve got a good relationship with them and they know we’re going to take good care of him.

“It’s an important season for Ethan and playing in the Premier League for us is a good move for everyone. He brings a lot of qualities to the group and he’s someone we’ve tracked for two or three seasons.”

Christian Eriksen has been made available by Inter just eight months into his time at San Siro, reports the Daily Mail.

The Denmark international moved to Italy from Tottenham in the January window, but could now be offloaded in the coming weeks after failing to find form in Serie A.

AS report Villarreal are considering a move for Tottenham defender Juan Foyth.

The report claims the La Liga outfit are keen on a permanent deal, with Spurs only considering a loan exit for now.