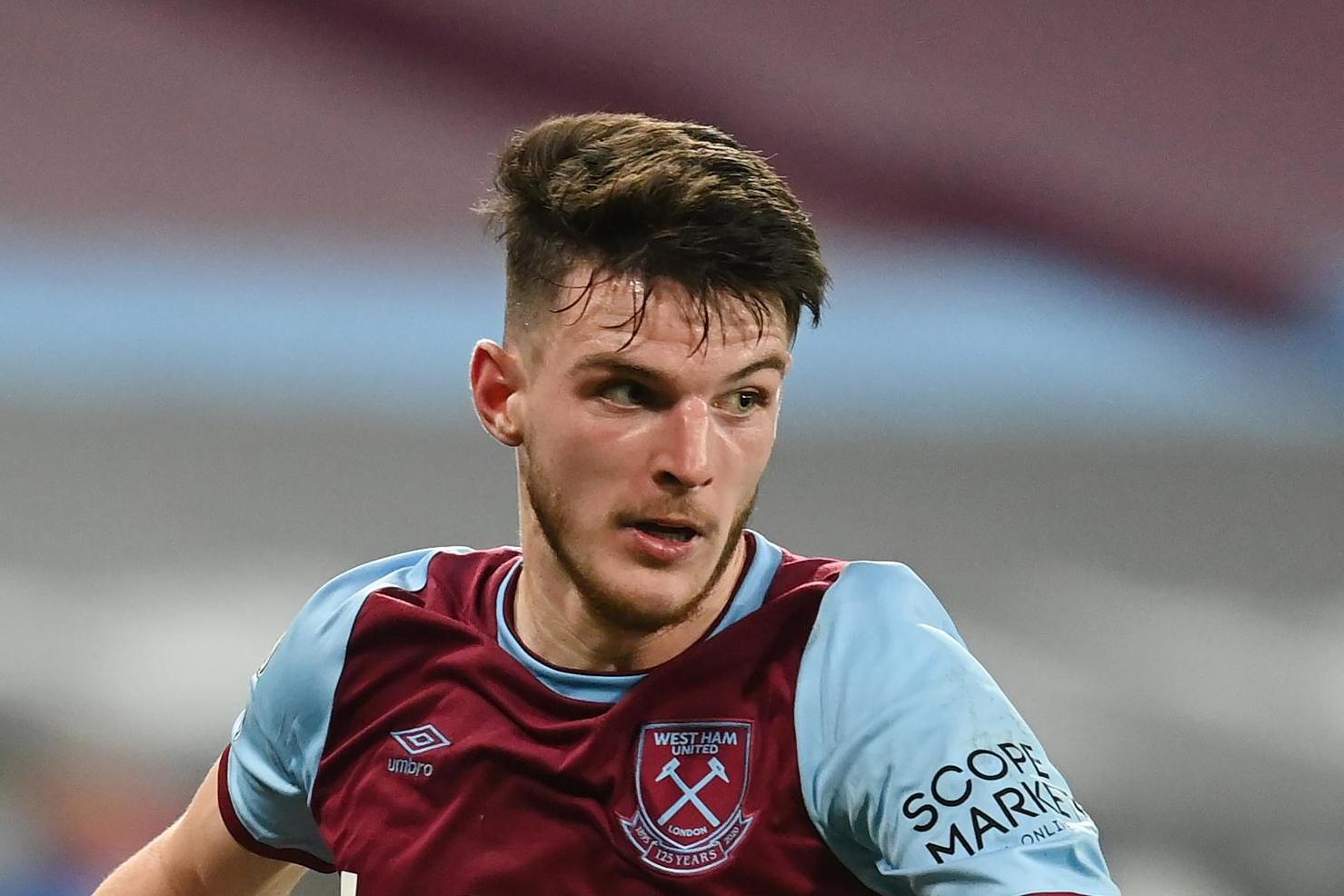 Time is running out for Premier League sides to make changes to their squad for the 2020-21 season, with just seven days remaining in the window.

Champions Liverpool have bolstered in the form of Thiago Alcantara and Diogo Jota – but it remains quiet at Old Trafford where Manchester United‘s sole signing has been Donny can de Beek.

Carlo Ancelotti has revealed he doesn’t believe Theo Walcott will leave Everton in the transfer window, despite the fact he was left out of their squad that beat Crystal Palace 2-1 on Saturday.

Asked whether Walcott could leave Everton in the transfer window, Ancelotti said: “I don’t think so. The problem is the competition is really high in this moment. Sometimes it can happen that a player, like Theo, is not involved.

“Unfortunately, this is the decision I have to take and I am not absolutely happy to take this kind of decision, to leave out a player like Walcott. A player who is professional, serious in training and always ready.”

Standard Sport understands Arsenal would have to pay his €50m (£45m) release clause in full to agree a deal.

That makes a deal difficult for the north London side, who have struggled to offload players this summer.

The coronavirus outbreak has hit most club’s finances, with the market suited to buyers rather than sellers.

Partey played just 19 minutes off the bench for Atletico yesterday in their 6-1 win over Granada.

Granit Xhaka has expressed his delight with Arsenal’s signings this summer, highlighting Gabriel and Willian as major boosts to the dressing room.

“With Willian and Gabriel, Arsenal brought a lot of quality and mentality into the dressing room,” he said, as per The Mirror.

“Willian knows how to win titles. And the extension with [Pierre-Emerick] Aubameyang was an important signal for all of us – we want to go back to the Champions League.”

Xhaka also praised Arteta, saying: “One thing is certain, I wouldn’t be in London without him.

“He was the decisive factor, with his philosophy, with his style, with his idea. I am really grateful to him for that.”

The Italian has been heavily linked with a move away from Chelsea, with Arsenal and Juventus both reportedly interested.

It may be last season’s Champions League finalists Jorginho moves to, however.

Sassuolo centre-back Marlon Santos has failed his medical ahead of a proposed move to Fulham, according to Sky Sports.

The former Barcelona defender was on the verge of joining for a reported £13million but the deal has now fallen through.

Fulham are continuing to monitor other targets, which reportedly include Tottenham’s Juan Foyth.

Chelsea are preparing to launch a bid to sign West Ham midfielder Declan Rice in the final week of the window.

Standard Sport understands Frank Lampard is keen to address his problems in defence, but he’ll have to act fast with the window for deals between Premier League clubs closing a week today.

The Blues left themselves a mountain to climb on Saturday when defensive errors from Marcos Alonso and new signing Thiago Silva leaving them 3-0 down inside half an hour at West Brom.

Lampard has already added Ben Chilwell and goalkeeper Edouard Mendy as well as Silva, but has long been an admirer of Rice – though West Ham insist he is not for sale, with manager David Moyes having warned it would take “bank of England” money for a deal to take place

Klopp: Arteta has made Arsenal winners

Liverpool manager Jurgen Klopp believes Mikel Arteta has made Arsenal winners in his short tenure at the club.

Arsenal have already won the FA Cup and the Community Shield under the Spaniard.

“What a superb job Mikel is doing already at Arsenal. It is clear from their performances and results that he has imposed himself and his ideas early. The team already has a clear identity and purpose under his leadership,” he wrote in his official matchday programme notes.

“They have also become ‘winners’ in a short space of time under Mikel, with the FA Cup and Community Shield. Congratulations on both of these – great achievements.

“Arsenal have an exceptional group of players. From back to front, world-class talent. Obviously without supporters in the stadiums you have to feel this positivity via what you hear and see through the media, but it is obvious their club has a bounce about it.”

AC Milan have made an enquiry over the availability of Norwich defender Max Aarons, according to the Daily Mail.

Aarons has been heavily linked with a move to Barcelona, but Milan are ready to pounce should the full-back opt against a move to Spain.

Milan do have alternative options, however, still reportedly in talks with Tottenham to sign Serge Aurier.

We brought you the news earlier that Manchester United are reportedly yet to submit a new offer for Jadon Sancho. Well, it appears as if that might change soon!

According to the Daily Mail, United are preparing a last-gasp bid of £90million to prise Sancho away from Borussia Dortmund.

The deal will include an initial £65million plus add-ons which increase the total value to £90m.

Should a deal prove impossible, however, United do have a list of alternatives, with Arkadiusz Milik, Josh King, Ivan Perisic and Douglas Costa all links.

Arsenal are contemplating a new bid for Lyon midfielder Houssem Aouar, according to The Times.

The Gunners reportedly had a £32million bid turned down last week, with Lyon holding out for closer to £44million.

Lyon’s president Jean-Michel Aulas last week tweeted that Arsenal were some way off in their opening discussions.

Spurs refuse to give up on Skriniar

Tottenham are refusing to give up in their pursuit of Inter Milan centre-back Milan Skriniar, according to The Guardian.

Skriniar is said to be Jose Mourinho’s first choice centre-back this summer, with talks between the two clubs held last week.

Tottenham reportedly informed Inter they are prepared to pay between £27million and £32million, though Milan are holding out for £55million or £45million plus add ons.

Spurs are now expected to make a new formal bid in the coming days and are accepting of the fact they’ll have to up their bid.

United are reportedly now talking to Porto about the fee, though they also have a “plan B”

Romano also reports United have not put in any new bids for Jadon Sancho.

Leicester are set for a battle with AC Milan over the signing of Saint-Etienne defender Wesley Fofana, report Sky Sports.

Brendan Rodgers’ side have been heavily linked with the 19-year-old, who is reportedly valued at £23million.

Milan are now interested in signing the youngster, however, with manager Stefano Pioli looking to bolster his defence.

Arsenal captain Pierre-Emerick Aubameyang is hopeful Houssem Aouar will join the club in the transfer window.

The Gunners have been heavily linked with a move for the Lyon midfielder, though president Jean-Michel Aulas has revealed they are some way off a deal.

“He’s a very good player,” Aubameyang said. “I hope we will be lucky to have these types of players at the club, I’m sure he can bring a lot to us.

“I hope he will come even though he’s a Lyonnais.”

The midfielder is likely to struggle for game time this season, with the introduction of Kai Havertz and Hakim Ziyech to push him down the pecking order.

Villa will receive competition from both West Ham and Southampton, who are also said to be keen on the 24-year-old.

Ronald Koeman has admitted he hopes to sign a striker following the departure of Luis Suarez to Atletico Madrid.

The newly-appointed boss was speaking following their opening day 4-0 win over Villarreal.

“It is always good to have another striker for having another plan,” he said. “It is true we can play without a striker, we have worked how to exchange positions and to be deep when attacking, but it is important to have other possibilities.

“We are working and I hope we can occupy the position of the nine.”

Tottenham are desperate to bring in an additional striker before the transfer window shuts, and are again being linked with a move for Josh King.

The Telegraph reports that Spurs are interested in a move for the Bournemouth striker, with the Cherries having already lost Callum Wilson to Newcastle this summer.

Manchester City have reached an agreement with Benfica for the transfer of Portuguese defender  Ruben Dias.

The 23-year-old will move to the Etihad Stadium in a deal worth £62million (€68m), while Argentine defender Nicolas Otamendi heads the other way in a separate deal, with City receiving £13.6m (€16m)

Both transfers are subject to personal terms being agreed, but that is not foreseen to be an issue for either clubs.

In a statement released by Benfica, they confirmed that the Dias deal could generate an extra €3.6m through add-ons.

Arsenal have been heavily linked with a move for Jorginho, but could the Italy international be set to depart from another European capital?

Telefoot reports that Ligue1 champions PSG are interested in signing the Chelsea midfielder.