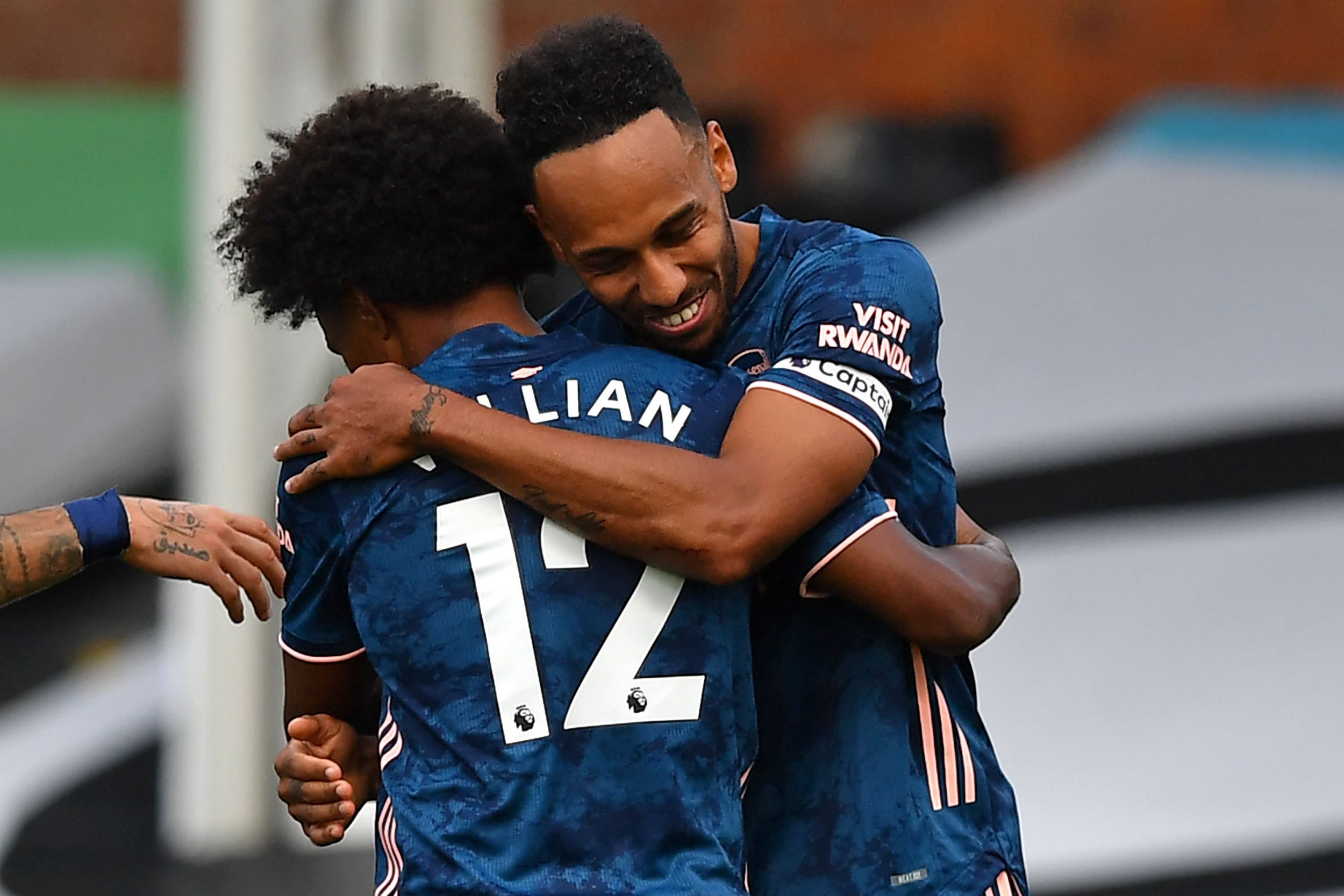 Chelsea face a fight to hang onto Callum Hudson-Odoi after Bayern Munich reignited their interest in the winger.

The 19-year-old penned a five-year deal with the Blues after the club rejected two offers from the Bundesliga giants in 2019.

But Hudson-Odoi has struggled to lock down a place in the Blues’ starting XI under Frank Lampard since returning from injury, and the arrivals of Timo Werner, Kai Havertz and Hakim Ziyech are likely to limit his first-team chances.

According to Sky Sports, Bayern, RB Leipzig and Juventus are keeping a close eye on his situation, although it remains unlikely Chelsea would be willing to part with one of their most promising youngsters.

Jack Grealish has signed a new five-year deal with Aston Villa, bringing an end to speculation linking him with a move to Manchester United.

Grealish had been identified as a summer transfer target by Ole Gunnar Solskjaer along with Borussia Dortmund star Jadon Sancho.

But the 24-year-old has committed his future to his boyhood club, penning a deal to June 2025, after helping the club survive relegation from the Premier League last season.

“I am delighted to make this commitment to Villa,” Grealish told the club’s official website.

“It is my club, my home and I am very happy here. The owners have made it very clear to me how ambitious they are and how they want to build Aston Villa.

“There are exciting times ahead and I am very glad to be part of it.”

Watford boss Vladimir Ivic wants players to stay at Vicarage Road only if they are committed to getting the club back to the Premier League.

Interest is high in a number of players — Villarreal want left-back Pervis Estupinan, while Troy Deeney is on West Brom’s radar — and ahead of tonight’s Carabao Cup tie at Oxford, Ivic said: “I want to work with the guys who want to be here.”

The midfielder’s future had been subject to speculation, with Manchester United heavily linked last season.

But he helped Villa survive in the Premier League and has now committed his future to the club.

Arsenal are ready to step up their pursuit of Runar Alex Runarsson after Emi Martinez completes his move to Aston Villa.

Martinez has agreed personal terms with Villa over a contract worth £60,000-a-week and is set to join them as part of deal that could eventually reach £20million.

Arsenal are now looking to replace the Argentina international, who played a key role in them winning the FA Cup last season but is leaving in search of first-team football.

Bernd Leno will resume his place as Arsenal’s No1 goalkeeper but the club are looking to bring in Runarsson as competition and back-up.

Arsenal are in talks with Dijon and it is hoped a deal can be done for around £1.5m, with the 25-year-old Iceland international ready to sign a long-term contract.

Manchester United fear they will face increased competition for Jadon Sancho’s signature next summer if they can’t strike a deal before October’s deadline, according to ESPN.

Crystal Palace have opened talks with Brentford over a deal for Said Benrahma, who is set to cost £25million should the Eagles push ahead with a move.

The Bees are all-but resigned to losing the prolific winger – who trained with his team-mates this morning – this summer having already sanctioned the sale of last season’s top scorer Ollie Watkins to Aston Villa for an initial £28million.

Palace are keen to invest in attacking talent during this window while they are also looking to bring the average age of their squad down. The Eagles have already signed Nathan Ferguson, Eberechi Eze and Michy Batshuayi – the latter on a season-long loan from Chelsea – and are keen to add one more.

Arsenal are set to allow Lucas Torreira to leave the club, according to The Express.

Torino are said to have agreed to pay €24million (£22m) for Torreira, with the 24-year-old initially joining the Serie A club on loan.

The deal will reportedly pave the way for Mikel Arteta to sign Thomas Partey in his place.

Chelsea midfielder Conor Gallagher is set to join West Bromwich Albion on loan for the season, according to The Athletic.

He will sign a new deal at Stamford Bridge before the move is completed.

Gallagher, 20, was poised for a move to Crystal Palace, but the Eagles missed out on their leading attacking target and instead turned their attention to Gallagher’s Chelsea team-mate Michy Batshuayi.

Rules dictate that you cannot loan two players from the same club, so the Baggies have pounced to benefit.

Newly appointed Barcelona manager Ronald Koeman is keen to get Luis Suarez off the books and will look to force him out the club, report Sport.

Arsenal are ready to rival West Ham for for Fluminese forward Marcos Paulo, according to TEAMtalk.

Watford, Leeds and Southampton have also cast an eye over the player, 17, who has a release clause of £40million.

West Ham are reportedly in the driving seat having held talks with the player’s representatives.

Fenerbahce have opened talks with Liverpool over signing Belgium striker Divock Origi, according to The Mirror.

The Turkish side will face competition from Aston Villa, Newcastle, Brighton and Fulham, who are also interested in the 25-year-old.

Manchester City have offered €89m for Atletico Madrid defender Jose Maria Gimenez, according to AS.

Pep Guardiola is in the market for a top-level centre-back this summer and City have now reportedly lodged a formal offer which could eventually reach €94m.

Atletico are adamant he will not leave for a fee lower than his termination €120m clause.

Manchester United have lost patience in their pursuit of England and Borussia Dortmund winger Jadon Sancho, according to The Sun.

United have drawn up a shortlist of options should they fail to land Sancho, with Gareth Bale and Ivan Perisic high on their back-up list.

Dortmund want £108million and the Red Devils are finally ready to walk away from the table.

They are instead drawing up a short-term deal for Bale, 31, who would move to Old Trafford on an initial season-long loan.

Officials from Palace are reportedly set to meet Benrahma’s advisors this week to discuss the possibility of a deal.

And Brentford are willing to sell Benrahma at the right price this summer.

Tottenham are lining up a move for Eintracht Frankfurt striker Bas Dost, according to the Daily Mail.

Spurs are in the market for a striker to support Harry Kane, with Danny Ings and Alexander Sorloth among those linked in recent days.

Dost is valued at around £5.5m and Spurs head coach Jose Mourinho has now identified the player as the forward he wants to sign.

West Ham are targetting a move for Arsenal outcast Sead Kolasinac this summer, according to The Athletic.

Kolasinac has struggled for game time under Mikel Arteta with Kieran Tierney emerging as the first-choice pick.

Hammers boss David Moyes is keen to sign a new left-back, with Tomas Soucek the only signing this summer so far.

“I am very happy with Kepa,” said Lampard after the match. “With the shot I’m not sure if he could’ve done any better. But I saw a bit more confidence in how he was playing. Kepa is here, he’s our keeper and I’m happy with him.

“If we are bringing in competition, it will be competition. That’s the nature of Chelsea and it goes throughout the squad.”

Liverpool will finally make their move for Bayern Munich star Thiago Alcantara, but not before the final week of the transfer window.

Liverpool have been heavily linked with a move for the former Barcelona midfielder, with Jurgen Klopp a keen admirer of the Spain international.

And talkSPORT reports that Liverpool will make their move for the player who has only a year to run on his contract, but not until the final week of the transfer window.