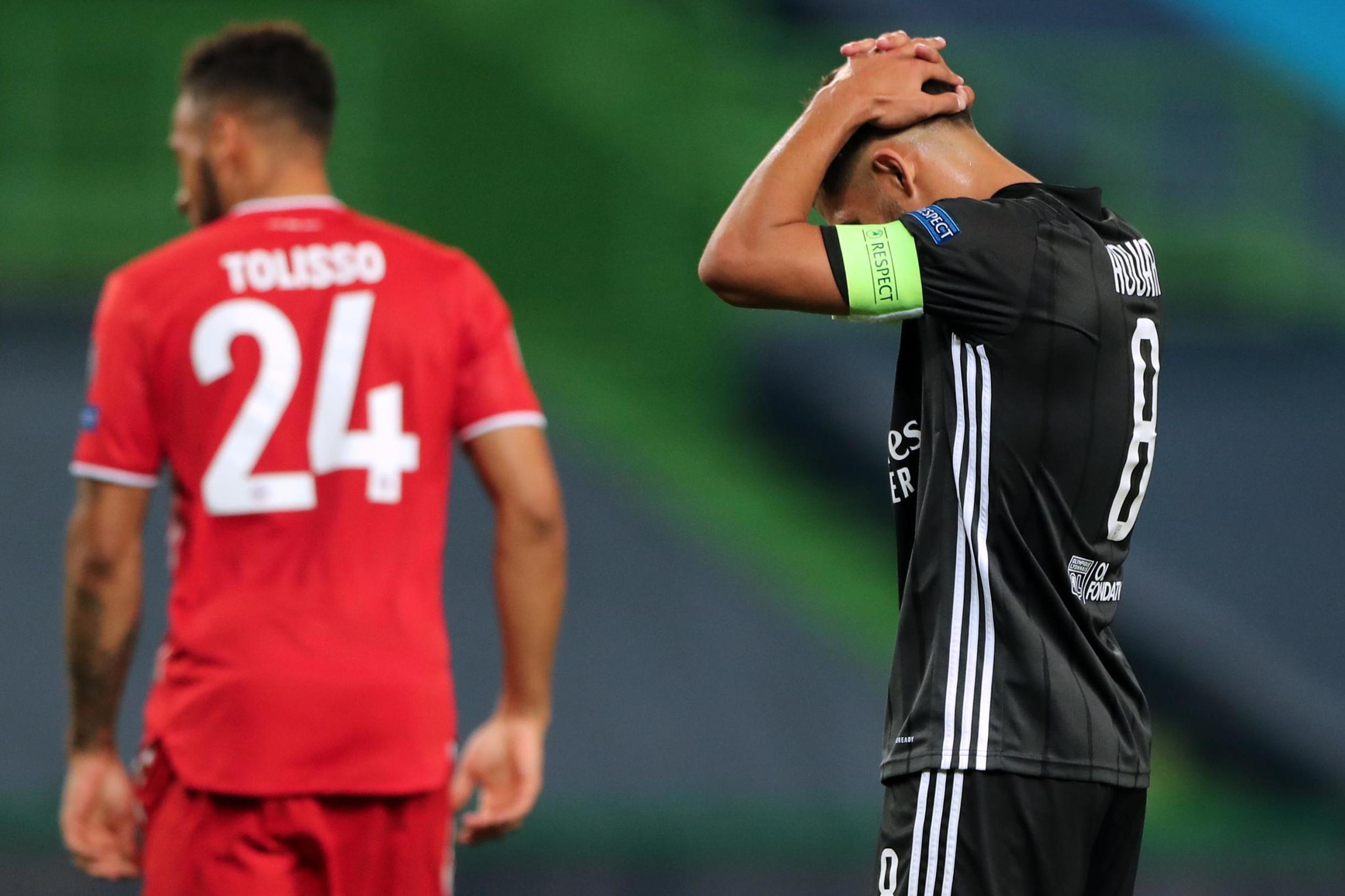 Just 10 days of business remain as Premier League clubs try to bolster their squads and sell off the dead wood for the 2020-21 season.

Tottenham, meanwhile, have made two statement signings by bringing in Gareth Bale and Sergio Reguilon from Real Madrid. Could Arkadiusz Milik be next?

Liverpool signed Thiago Alcantara, Manchester United are still in the hunt for Jadon Sancho, while Arsenal got their main job done: Keeping captain Pierre-Emerick Aubameyang, and are trying to bring Lyon’s Houssem Aouar to the Emirates.

The Italian giants reportedly view the 30-year-old as a potential replacement for Milan Skriniar, who is linked with Spurs.

Smalling impressed during a season-long loan with Roma last campaign.

Lucas Torreira is determined to complete a move from Arsenal to Atletico Madrid, according to ESPN.

The two clubs are reportedly close to sealing a loan move, though Arsenal are looking for a permanent move, which Atletico are unsure of.

Arsenal were hopeful of subsidising a move for Thomas Partey with Torreira’s sale, but the Spanish club insist the midfielder will only leave if his release clause is met.

The 18-year-old joined from Porto in a £35million, and though missing a sitter in his debut against Stoke, Moutinho has no doubts he’ll reach top form.

“He has great potential. He’s a young guy who needs to continue to work, to show the qualities he has,” he said.

“I think he has everything to show how good he is, and we will try to help him improve and learn every day with us – and with Raul (Jimenez) as they play the same position.”

The Blues are reportedly hoping to sell the centre-back this transfer window, though they may have to settle for a loan move.

The German international has once again been left out of Chelsea’s squad to face West Brom tomorrow, having been left out against Liverpool and Barnsley.

Lyon president Jean-Michel Aulas has taken to twitter to issue an update on Arsenal’s pursuit of Houssem Aouar, and it doesn’t sound good for Arsenal.

He tweeted: “There will be very few departures. For Houssem, Arsenal are too far from his value.

“We are counting on him to play a great game in Lorient and lead Lyon into the Champions League next year.”

The 24-year-old was described by Mourinho as “my No.10” on his arrival last November, and Alli’s form instantly and improved, epitomised by his exquisite touch and finish in their December defeat to Manchester United.

Alli now finds himself on the periphery of Mourinho’s squad, however, playing just 60 minutes in their Europa League qualifier in North Macedonia having been left out of Tottenham’s previous two matchday squads.

Fulham in talks with Barcelona defender

Fulham are now among the clubs in talks to sign Jean Clair Todibo from Barcelona on a permanent deal.

Fabrizio Romano claims the Cottagers have joined Everton in the race for the defender although the Merseysiders have only made a loan offer thus far.

Tottenham are in talks with Inter Milan to sign Milan Skriniar, who wants to join Jose Mourinho’s side, according to Sun Sport.

The north London club will reportedly not be forced into paying Inter’s £55million valuation, however, willing to pay between £25m and £30m.

Skriniar’s agent is reportedly now in Milan, holding talks with the club regarding his desire to leave.

Mourinho is said to be a big fan of the 25-year-old having watched the central defender for years.

West Ham have made a bid worth up to £36million for Saint-Etienne centre-back Wesley Fofana, as owner David Sullivan targets signings for manager David Moyes.

Sullivan said this week that he felt “depressed” at the lack of new arrivals this summer, but the Hammers have tabled a bid for Fofana worth £25m, plus £11m in add-ons.

Sky Sports News report however West Ham do not want to engage in a bidding war and will not pursue other targets.

Frank Lampard has not given up hope of bringing Declan Rice back to Chelsea.

As reported by Standard Sport, Lampard wants to bring Rice to Chelsea to bolster his defensive and midfield options, and could deploy the England international in a back-three.

The Mirror reports that should Rice return to Stamford Bridge – having left the club as a 16-year-old – then Jorginho is likely to cross London to Arsenal.

Solskjaer wants to bring in at least two more signings before the window closes on October 5 and is working on deals for winger Jadon Sancho and left back Alex Telles.

Centre back is also seen as an area in need of address, with doubts over Victor Lindelof’s ability to play at the heart of defence.

Solskjaer is a long-term admirer of Kalidou Koulibaly and Dayot Upamecano – but he still retains hope Bailly can develop into an ideal partner for Maguire.

While Juventus, Manchester City and Barcelona have all registered interest, the France international is keen to make the move to north London.

However, there the Gunners are still to agree a fee with Lyon. RMC Sport reported earlier this evening Arsenal’s offer is in the region of €35m.

Lyon’s valuation is closer to €60m.

Chelsea signing Edouard Mendy will not be involved in their match against West Brom tomorrow, Frank Lampard has confirmed.

The Blues boss has also revealed he will speak to Kepa Arrizabalaga about his future before the game.

The Blues signed Mendy from Rennes on Thursday in a £22million deal after Lampard lost faith in Kepa following a number of catastrophic errors.

Arrizabalaga, the world’s most expensive goalkeeper after Chelsea paid £71.6million for him two years ago, has been linked with loan moves to clubs in Spain and Italy.

Zidane not planning to ask for signings

Zinedine Zidane insists he has not asked the Real Madrid board for any signings.

The Spanish giants’ need for an alternative to Karim Benzema was once again highlighted in their opening day 0-0 draw to Real Sociedad last weekend.

Asked on Friday if he wanted to bring in a centre-forward before the transfer window closes next month, Zidane said: “Anything can happen until October 5.

“That’s what interests you (the media), but I’m happy with my squad. I have complete trust in it.

“We will work to be in good shape physically and if we are well prepared, we can compete and achieve our objectives, which is to win.”

Later, he was asked if he had requested a new striker and he said: “This is the squad I have. I won’t ask for anything. I don’t want anything.”

Leeds are interested in signing Manchester United winger Dan James on loan, according to The Mirror.

Having cooled their interest in Liverpool’s Harry Wilson, Leeds are looking to bring in another creative player.

The winger reportedly came close to signing from Swansea in January 2019, only for the Welsh side to pull out at the last second.

Leeds reportedly believe James would be interested in a move given he’s from Yorkshire.

Fulham are competing with Crystal Palace for the signing of Brentford attacker Said Benrahma, according to The Mail.

Palace are reportedly at an advanced stage in their talks for the forward, though they are yet to meet his £30million price tag.

Fulham are now looking to steal a march on the deal, however, having reportedly made contact with Benrahma’s agents.

More on those reports from France claiming Arsenal have tabled an offer for Houssem Aouar – RMC claim it’s a €35m bid.

Chelsea have completed the signing of 16-year-old Aleksi Heino, the club announced on Friday.

The youngster – who was signed from FC Inter in Finland – will join the club’s academy after agreeing a two-year deal.

Heino had trials at both Chelsea and Wolfsburg in August, with the former closing a deal for the forward.

The club’s £40million record signing has scored just four goals since his signinng, with Newcastle spending a further £20million on Callum Wilson during the window.

Joelinton scored twice in a 7-0 Carabao Cup win over Morecambe, however, and Bruce insists he was always in his plans.

He said: “Joe will benefit from the fact that he understands it now a little better than he did and he understands what’s coming. I think he still has improvement in him – he’s young enough – so I had no intention of letting Joe go anywhere.

“We have to keep working with him and certainly the little bit of confidence by scoring a couple of goals the other night will certainly help him because, when you’re constantly kicked, then sometimes it can bash away at you and nobody is immune to that.

“We’ll keep supporting him and keep trying to make him confident because we know there’s a player in there. We have to go to somehow find it and get the best out of him.”