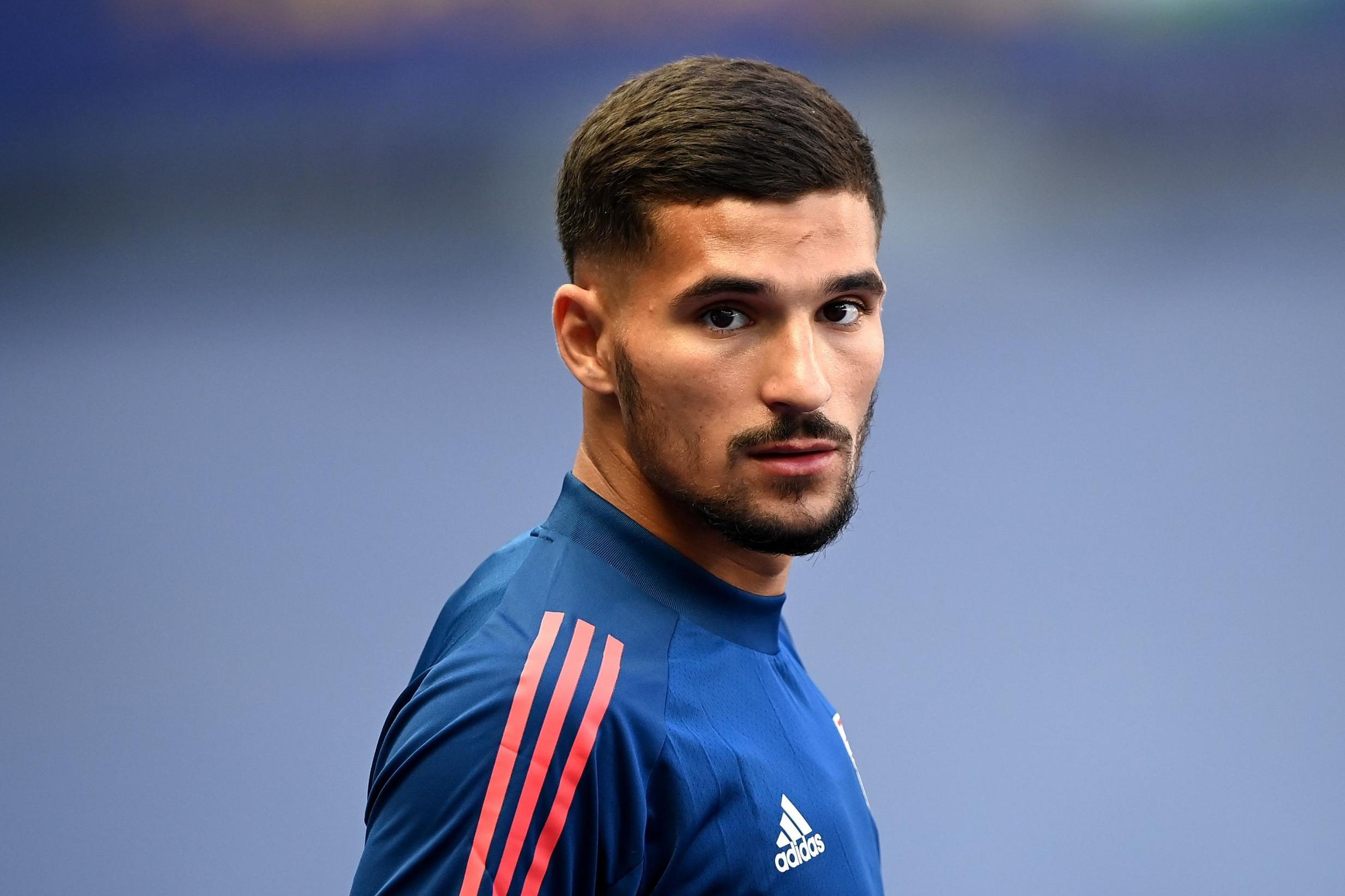 Chelsea midfielder N’Golo Kante is now a major target for Manchester United, according to Transfermarketweb.

Though the player has stated his intention to stay at Stamford Bridge, the Blues could be willing to sell for a €60m transfer fee

Kante, who is tied to a Chelsea contract until 2023, is still a signing dream for Inter Milan as well.

Havertz takes No29 at Chelsea

Kai Havertz has taken the No29 shirt from Fikayo Tomori, according to The Athletic.

Havertz had the same squad number at Bayer Leverkusen and asked to take it upon arrival at Chelsea.

Tomori, who now looks poised for a loan move to Everton, was happy to oblige.

New Manchester United midfielder Donny van de Beek has arrived at the club’s training facility for the first time after his £40m move from Ajax.

The 23-year-old has been in Uefa Nations League action with the Netherlands and will now meet his new team-mates before the Premier League campaign starts.

Manager Dean Smith said: “Ollie has developed into one of the most sought-after strikers in the country and we are looking forward to seeing him show his great qualities in an Aston Villa shirt.”

Reports had suggested Villa were prepared to pay a club-record £28million, rising to a potential £33million, for the forward.

The club had previously been linked with Callum Wilson, who instead joined Newcastle from Bournemouth.

Watkins, who previously played under Smith at Brentford, said: “I am so excited to join Aston Villa and to reunite with Dean Smith as my head coach. I cannot wait to wear the famous claret and blue in the Premier League. I want to do something special here and score some goals.”

Jurgen Klopp is set to hold talks with Georginio Wijnaldum over his uncertain future today with Barcelona continuing to circle.

After representing the Netherlands in Nations League over the course of the last week, the Dutchman will return to Melwood on Wednesday in order to continue preparations for the new Premier League season.

However, whether he will be at Liverpool beyond the opening stages of the coming campaign remains unclear amid links with a move to Camp Nou.

New Barca boss Ronald Koeman is keen on signing a player who starred for him in the Dutch national team prior to his decision to take the reins at Barca.

And Klopp now hopes to ascertain whether Wijnaldum himself is eyeing a change of scenery after winning a string of honours across his four years at Anfield.

Michy Batshuayi is relishing the prospect of regular football ahead of his return to Crystal Palace on loan.

The Chelsea striker, who scored twice for Belgium against Iceland last night, is set to pen a 12-month contract extension with the Blues before joining Palace on loan for the second time in his career.

During his previous spell at Selhurst Park, Batshuayi bagged six goals in 13 appearances and Roy Hodgson is now looking to the 26-year-old to solve his side’s goalscoring woes.

For Batshuayi, who has not played a minute for Chelsea since a 2-0 defeat to Manchester United in February, the move is all about getting playing time ahead of next summer’s Euros.

“Am I going to re-sign at Chelsea to be loaned to Palace? You’re on the right track when you say that,” said Batshuayi. “It’s something like that. The most important thing for me is to be ready when I come to the national team.”

Chelsea are also closing in on a deal for Rennes goalkeeper Edouard Mendy, as Frank Lampard looks to provide competition for Kepa Arrizabalaga.

Defender Fikayo Tomori is thought to be in line for another season away on loan, this time with Everton.

West Ham have been told Burnley will sell James Tarkowski if the Hammers meet their asking price.

David Moyes wants to sign Tarkowski as he bids to strengthen his defence and West Ham hope a bid of around £30million will be enough to secure the 27-year-old.

Matt Doherty has been pictured training with his new Tottenham team-mates for the first time as they step up preparations for Sunday’s Premier League opener against Everton.

The 28-year-old Republic of Ireland full-back joined Spurs from Wolves in a £15million deal last month as Jose Mourinho bolstered his right-back options ahead of the 2020-21 campaign.

Doherty is in line to make his first competitive start for Tottenham in their curtain-raiser against the Toffees at Tottenham Hotspur Stadium. He played in every Premier League game of the 2018-19 season and is poised to play a regular role under Mourinho, with Serge Aurier up for sale.

Leeds are pushing to sign German forward Julian Draxler from Paris Saint-Germain this summer, according to RMC Sport.

Marcelo Bielsa is looking to significantly bolster his side after gaining promotion to the Premier Leauge, having already brought in Rodrigo from Valencia.

Draxler, 26, has just 12 months remaining on his contract, but reportedly has rejected a number of Bundesliga approaches with no intention of leaving the club.

Sporting Director Leonardo is reportedly desperate for him to leave, however.

Paris Saint-Germain have offered Arsenal the custodian services of Alphonse Areola on a season-long loan, according to the Sun.

Emiliano Martinez has performed well since replacing the injured Bernd Leno, but the back-up goalkeeper is being courted by Aston Villa.

France international Areola, 27, offers the Gunners significant experience and a pair of hands that have won titles in Spain and his native country.

Leicester have moved in front of Manchester United as the likely destination of winger David Brooks.

The Manchester Evening News reports the versatile 23-year-old, who can also play in central midfield, is expecting an offer from the Foxes in coming weeks.

United’s pursuit of Jadon Sancho has seen them slip below Leicester for the Wales international, who is fancied to leave relegated Bournemouth.

Manchester United’s hopes of signing 23-year-old Spain left-back Sergio Reguilon are being held up by Real Madrid, according to the Mirror.

Ole Gunnar Solskjaer wants to sign the £27m man but Real are adamant any deal should include a buy-back clause.

Inserting a buy-back clause has become common practice, particularly among Spanish clubs, but United are unwilling to enter into such an agreement with Real.

Bright Osayi-Samuel is stalling over a new QPR contract amid interest from Crystal Palace, according to Sky Sports.

The QPR winger has one year left on his current deal and the Championship club are desperate to tie him down and avoid losing him on the cheap to the Premier League.

The 22-year-old can depart now for less than £5million or he will be available for free next summer if he does not agree a new deal.

Palace, who signed Ebere Eze from QPR last month for a deal worth up to £20m, have been watching Osayi-Samuel for more than a year.

Barcelona have made a £7.2m bid to sign Manchester City defender Eric Garcia, according to reports in Spain.

City manager Pep Guardiola revealed last month Garcia had turned down a new contract offer and is fixed on leaving the Etihad Stadium.

Arsenal signing Gabriel Magalhaes has been pictured in training for the first time after the summer addition completed a spell in quarantine ahead of the new campaign.

The Gunners beat a host of European clubs to the Brazilian’s signature, bringing him to the Emirates for a fee believed to be in the region of £25m.

He joins countrymen David Luiz and Willian at the Gunners and took little time embarrassing the latter during a training exercise at London Colney, nutmegging him in a training match.

The snaps also show Gabriel working alongside new arrival William Saliba, who signed from Saint-Etienne last summer before returning to Ligue 1 on a season-long loan. Saliba is also settling into new surroundings as Mikel Arteta works to patch up a defence which leaked 48 goals during the 2019-20 Premier League season.

Chelsea and England defender Fikayo Tomori is set to seal a move to Everton on a season-long loan, according to ESPN.

Tomori, who signed a new five-year deal in December, did not play a single minute after the restart but Frank Lampard still views him as a bright prospect for the future.

Tomori has also been bumped down the pecking order by Thiago Silva’s arrival and has a better chance of regular game time at Goodison Park.

Michy Batshuayi is closing in on loan move the Crystal Palace.

The Chelsea striker spent the second half of the 2018-19 campaign at Selhurst Park and now looks poised for a return to south London.

He is expected to sign a new Chelsea deal before heading to Palace. The deal means Palace’s loan swoop for Conor Gallagher is off due to Premier League rules stating you can’t loan more than one player from the same club.

Asked about a loan to Crystal Palace on Tuesday night, Bathshuayi said: “I think that you are along the right lines.”

Bournemouth have made a bid to take Tottenham defender Cameron Cater-Vickers on loan, according to Football Insider.

The 22-year-old has featured heavily in Spurs’ pre-season campaign, but has reportedly been told he has no future with the club.

Carter-Vickers spent last season on loan with both Stoke and Luton, and would be moving to his 6th Championship club should he join Bournemouth.