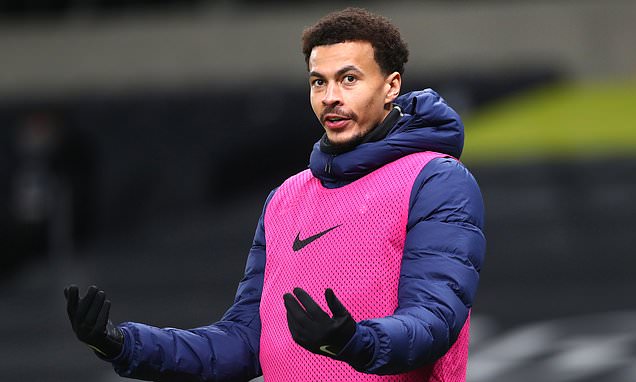 Transfer Deadline Day is finally upon us – it might not quite the same day of business football fans are used to in this new era of football, but there are still some big deals that could be completed.

With injury fears and the risk of Covid infections, clubs will be keen to ensure they have enough bodies in the squad to cope with the rest of the season, while there are also a number of unhappy stars looking to seal a move away.

Dele Alli is still facing an uncertain future at Tottenham and his possible move to PSG will go down to the wire with the midfielder tipped for a reunion with his former Spurs boss Mauricio Pochettino.

Meanwhile, Liverpool are hopeful of securing much-needed defensive reinforcements and the club have agreed a deal for Preston’s Ben Davies.

Follow Sportsmail’s OLI GAMP throughout the day to stay updated with all the latest done-deals, reports and speculation, live!