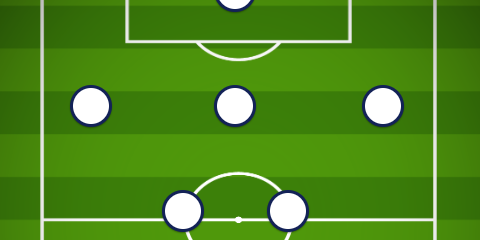 After three matches in five days, Jose Mourinho‘s selection for this afternoon’s trip to Manchester United will be determined by the condition of his Tottenham players.

The Spurs manager has given Heung-min Son a 50/50 chance of taking part after missing both midweek games with a hamstring problem but Mourinho is a natural pessimist, so there is every chance the South Korean starts.

Pierre-Emile Hojbjerg and Giovani Lo Celso were both subbed off during Thursday’s demolition of Maccabi Haifa, suggesting they will form the base of Tottenham’s midfield at Old Trafford and they could be joined by Tanguy Ndombele, who impressed again in the win over Chelsea on Tuesday and was rested against the Israeli side.

Eric Dier also played no part in the Europa League play-off and should return at centre-half, while Sergio Reguilon could make his league debut after a hugely promising performance against the Blues.

On the other side of defence, Matt Doherty played 90 minutes against Maccabi but is expected to keep his place ahead of Serge Aurier, although the Ivorian was impressive on Tuesday night. Dele Alli is unlikely to start, despite scoring against Maccabi.