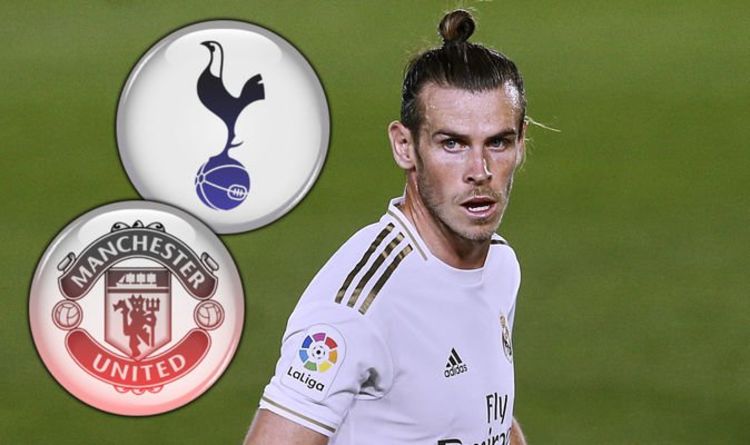 Tottenham are exerting great effort to bring Gareth Bale back to the club before the summer transfer window closes on October 5 but may have been handed a problem by Real Madrid’s stance on the winger’s future.

Spurs and Manchester United are both linked with Bale, who spent six years at the north London before moving to Real Madrid in 2013.

But the Welshman’s time at the Bernabeu has been blighted by injuries and his relationship with Zinedine Zidane.

MUST READ: Gareth Bale to Tottenham transfer could happen with Man Utd stalling

Bale made just 12 La Liga starts last season and has not made any more than 21 league starts in a single campaign since 2014-15, his second year with Los Blancos.

Now 31, Bale is entering the twilight stages of his career and is believed to be keen on ending his seven-year stint in the Spanish capital for regular football elsewhere.

The Independent say that intermediaries are looking into the possibility of either a return to Spurs or a move to United, who have long been linked with the Wales international.

Spurs and United are said to be wary of having to pay over the odds for Bale although the player is willing to more than cut his wages off to come back to the Premier League.

But one problem for his old club is that the La Liga champions would prefer to sell Bale permanently, rather than loan him out.

While United would prefer to sign the attacker on loan given their pursuit of Borussia Dortmund’s Jadon Sancho as a long-term solution on the right wing, they could afford Bale’s £20million price tag.

PREMIER LEAGUE ON TV: Get NOW TV Sky Sports season pass and save 25 per cent

Although the Independent say that his current employers may be willing to subsidise his wages to engineer an exit, Spurs’ financial constraints mean United may stand a better chance of a deal – even though Bale may prefer a return to Tottenham, having earlier this year declared himself a fan of his former side.

Real Madrid do not want to loan Bale out for a season knowing that he would return in 12 months’ time and that his value then will have dropped, as he will be turning 32 and entering the final year of his contract.

Zidane is keen to offload the two-time PFA Players’ Player of the Year having never trusted Bale as a regular in his team throughout his time in charge.

Real Madrid could fund some of Bale’s salary at a new club to help fulfil the Frenchman’s wish but Spurs would prefer a lesser-risk loan deal.

And as United scour alternatives for Sancho knowing that they will not be able to drive Dortmund’s £108m asking price for the England international down in the final weeks of the window, they could turn to Bale even if they have to buy him.

The five stars Liverpool must decide on in transfer window

Sky Sports’ James Cooper said on Transfer Talk this week: “Jadon Sancho is the topic of discussion on the red side of Manchester but at Old Trafford, I think they’re fairly gloomy about this one right now.

“I don’t think it’s going in the way that Manchester United would like it to go. Borussia Dortmund are sticking to their guns with the price they are looking for.

“I started off this summer by saying I didn’t see a situation where Manchester United would write a £100m cheque for Jadon Sancho and I think that’s the problem.

“They don’t want to do that and don’t feel like they are in a position to do that.

“United are looking at other alternatives and another strategy. The plan B would be looking for a more experienced player on loan, couple with a younger player learning the ropes.

“Manchester United are looking for a certain sort of pedigree if they go down that route.

“[Gareth] Bale is certainly an option for Manchester United. He fits the requirements United are looking for, if they don’t end up with Sancho, but under those restrictions of a loan deal, rather than a permanent one.

“That might be less palatable for the Welshman under those conditions.”