When the talking stopped, Fulham started. Fired up, perhaps, by their burning sense of injustice, they produced a spirited display and foiled Tottenham’s plan to close in on the Premier League summit.

Scott Parker was furious about the way this fixture was thrust upon him at short notice. Parker called it ‘scandalous’ ahead of the game, but he will be encouraged by the response from his team.

They are deep in relegation trouble and they trailed from midway through the first half to a flying header from Harry Kane, but they refused to be dominated by their London rivals. 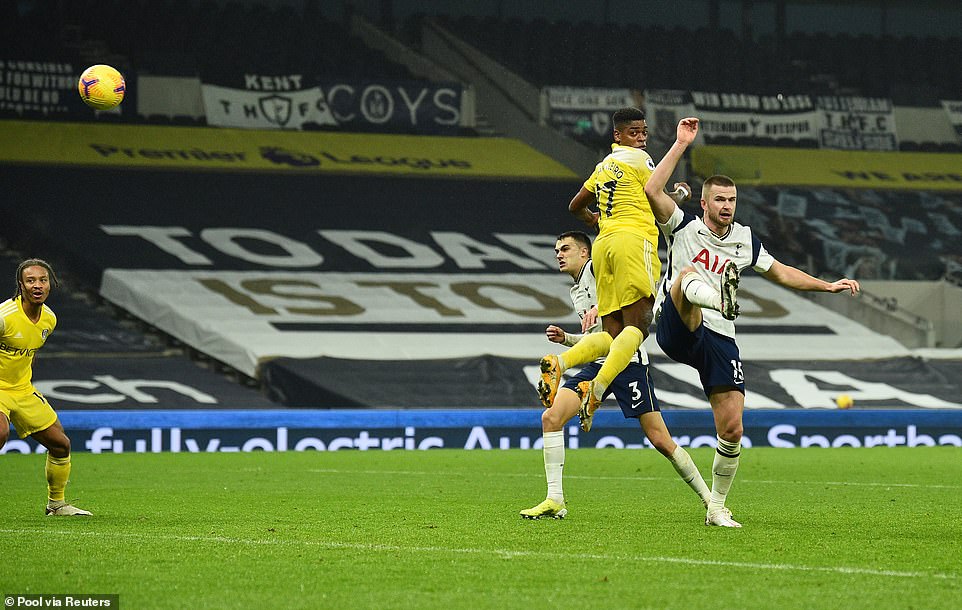 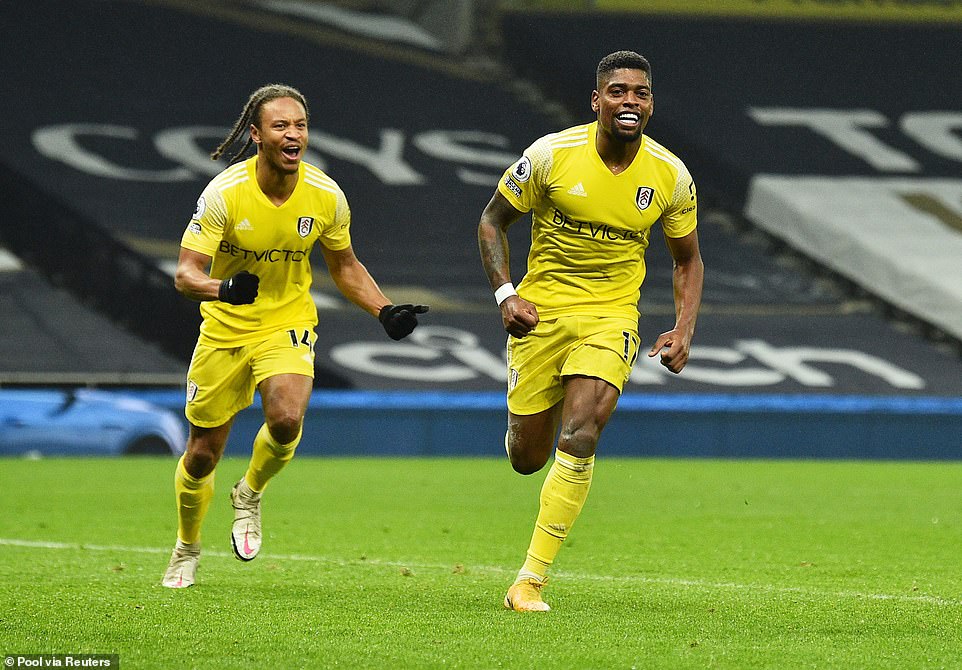 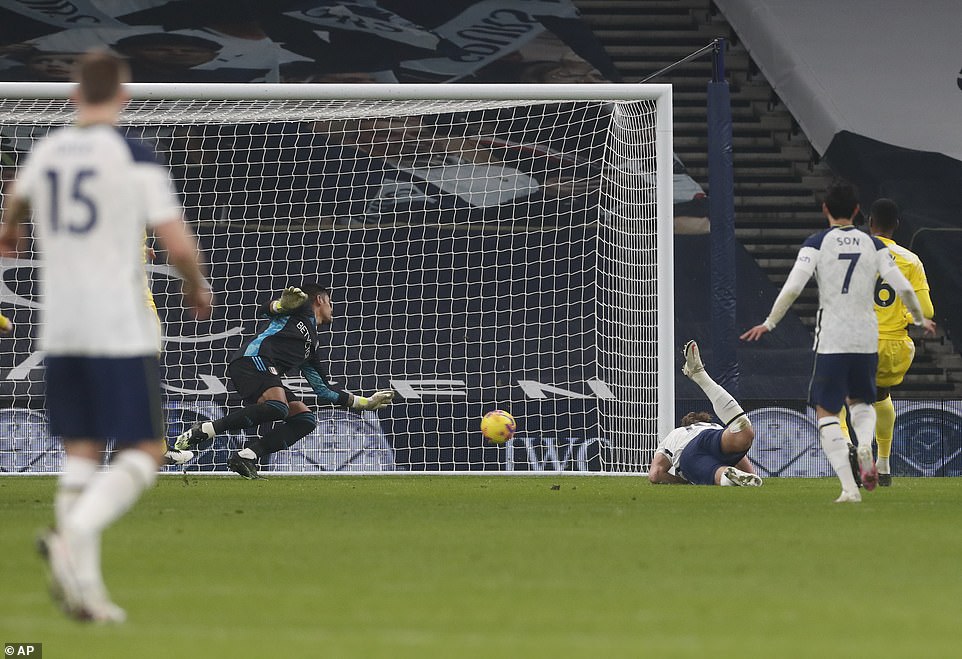 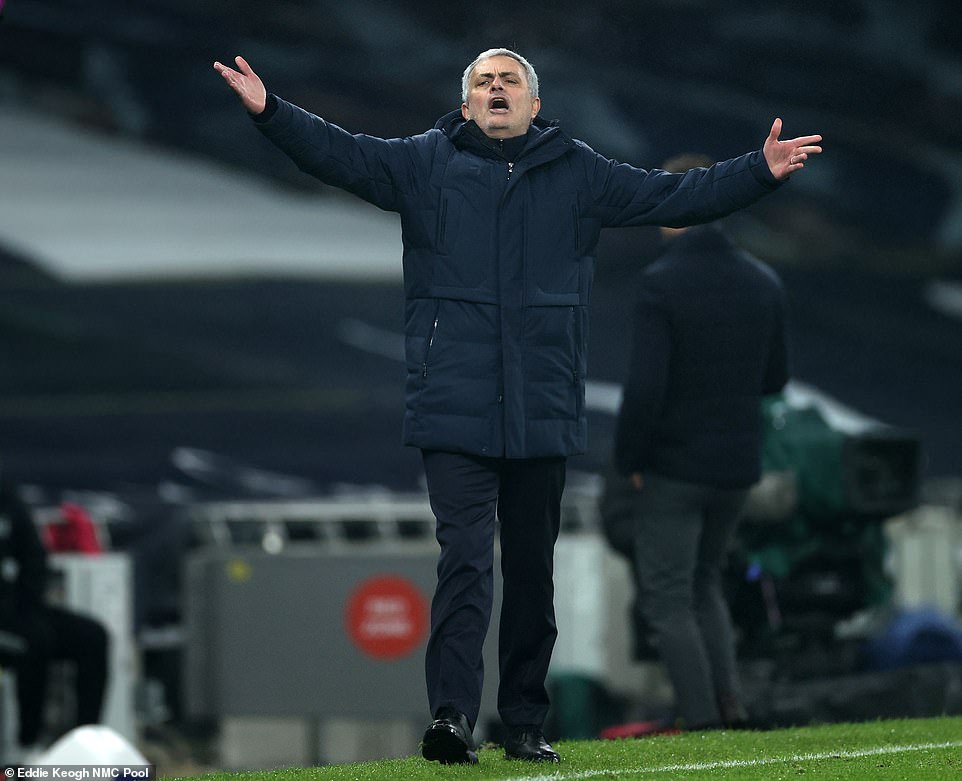 They refused to accept defeat and poured forward until Ivan Cavaleiro climbed above Eric Dier to head in the equaliser, with 16 minutes to go, after a fabulous flash of skill and a cross by influential substitute Ademola Lookman.

Fulham, without a win against Spurs for almost eight years, almost went on to snatch a victory. Hugo Lloris had to be alert to dash from his line to make the save and thwart Ruben Loftus Cheek.

They settled for a point. Parker yelled in delight and clenched both fists at the final whistle.

‘I am proud because of how we played in the circumstances but I am even more proud of them because we showed real quality tonight.’

It is a vital point towards the survival fund and no more than they deserved. They are up for the fight and they will need to be because next up for them are Chelsea and Manchester United at Craven Cottage. 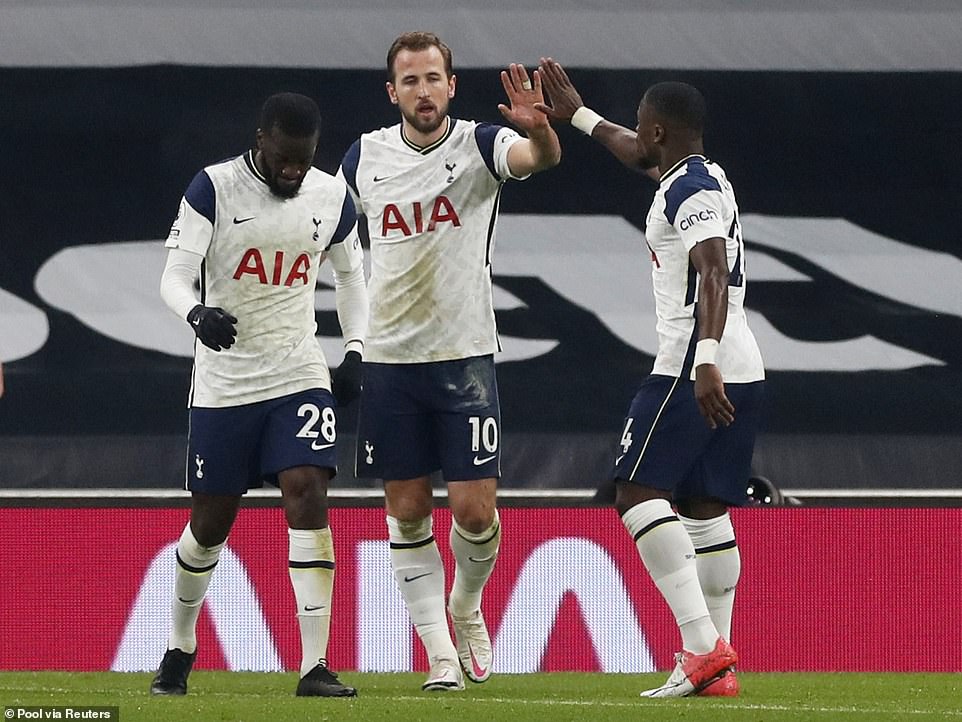 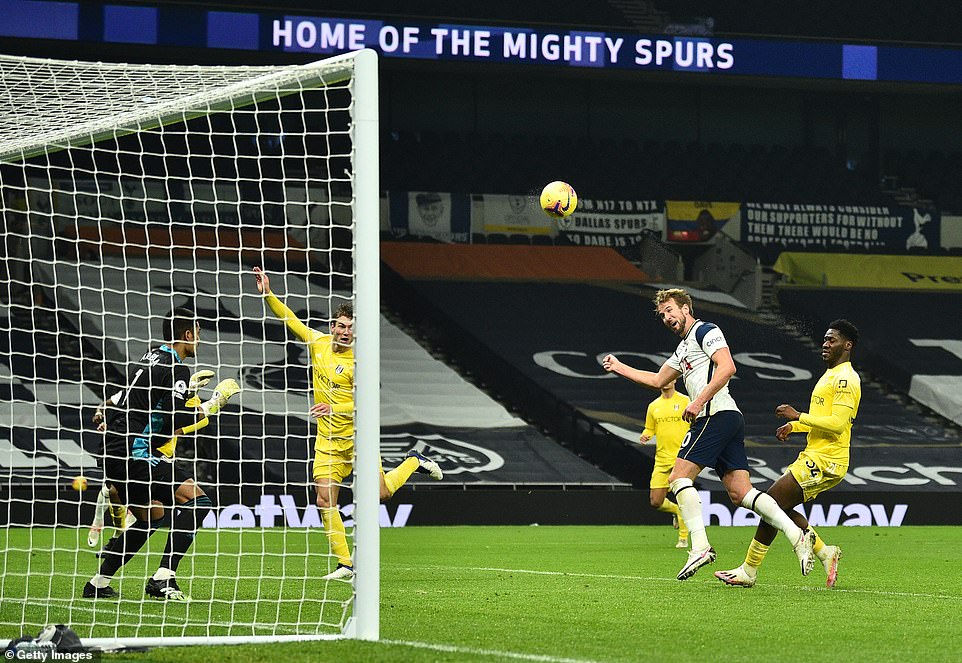 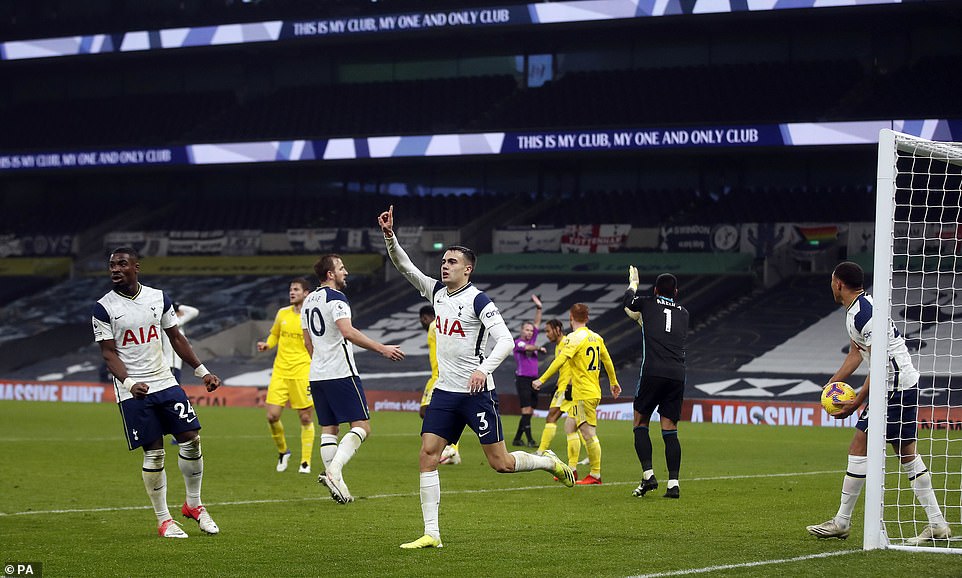 Jose Mourinho can take comfort from the fact he was right about Fulham. The Spurs boss suspected they would be strong and full of running, and they were. Alex Mitrovic, who started up front in the FA Cup at QPR on Saturday, was the only notable absentee from Parker’s squad.

There was little else, however, to satisfy Mourinho. ‘Good but not good enough,’ was his assessment of Tottenham’s performance. ‘We had the chances to kill the game in the first half. In the second half, we had the biggest chance to kill the game. But when you don’t do it, you cannot concede the way we did.’

The big chance came when Son Heung-min struck a post at 1-0. Sergio Reguilon thought he had found a late winner only to discover he was offside.

On a night when Manchester City eased ominously into the top three it felt like a missed opportunity for Tottenham.

After the poor start made to this campaign after promotion via the play-offs, Fulham are clearly improving. They opened brightly. Lloris saved from Cavalerio and Andre-Frank Zambo Anguissa but Tottenham gradually began to impose their superior quality.

Reguilon fired a good chance over and Fulham goalkeeper Alphonse Areola produced two wonderful saves to frustrate Son. First a volley, stabbed at goal by Son after another cross by Serge Aurier was kept out by Areola’s right boot.

Then, a reflex save to turn over a header from Son, picked out by a clever pass clipped into the penalty box by Tanguy Ndombele. The replays hinted at offside but Fulham had to defend the corner, which they did successfully, only to go behind moments later.

This time, the danger came from Tottenham’s left flank, where Reguilon rampaged forward to collect a long pass from Pierre-Emile Hojbjerg. His delivery on the run was exemplary, whipped at pace across the front of goal. 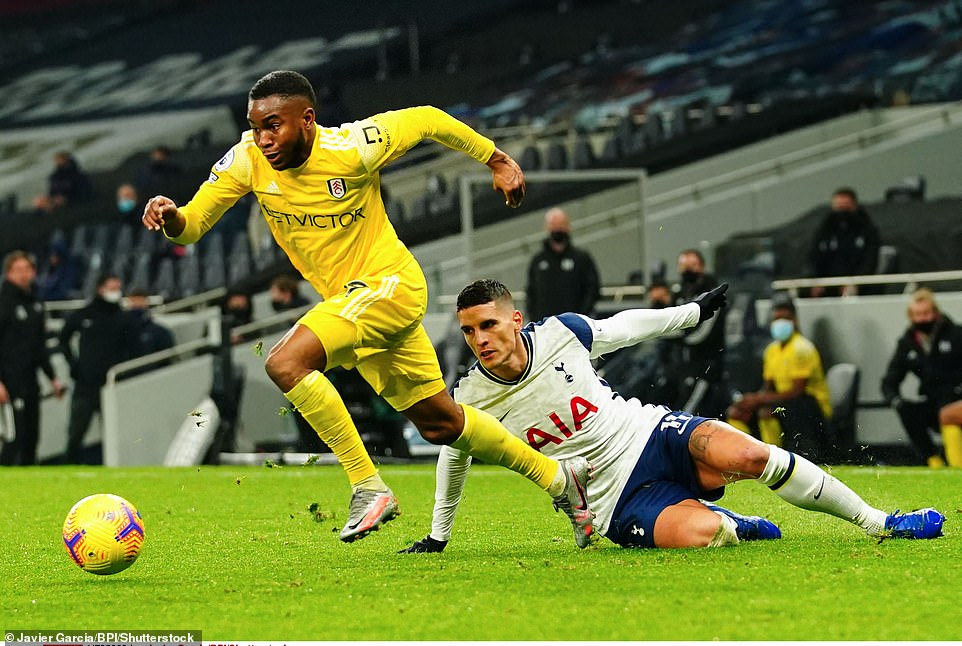 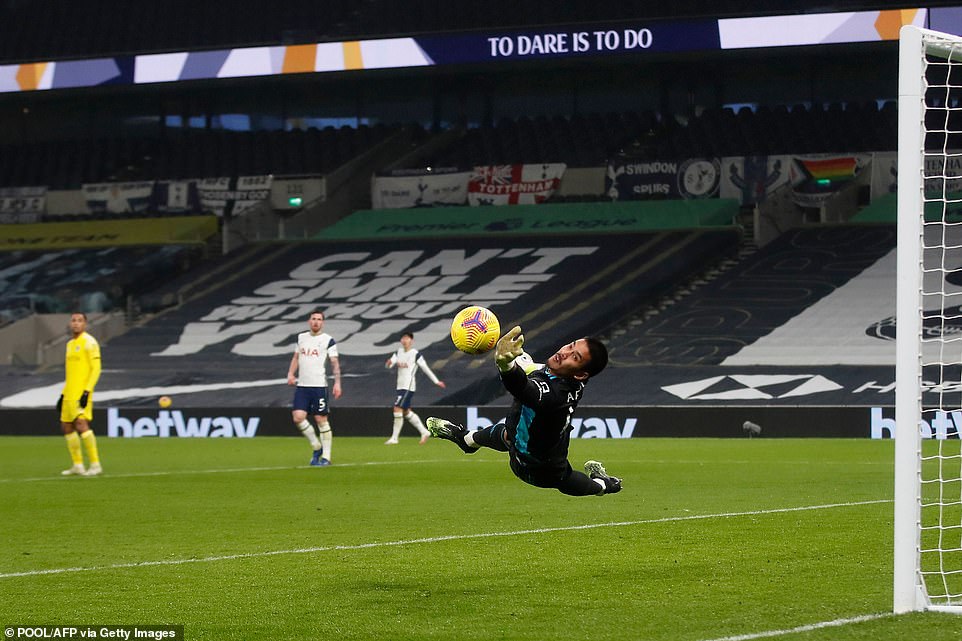 Alphonse Areola made a string of key saves Fulham, including this one on the stretch to deny Harry Winks’ long-ranged effort 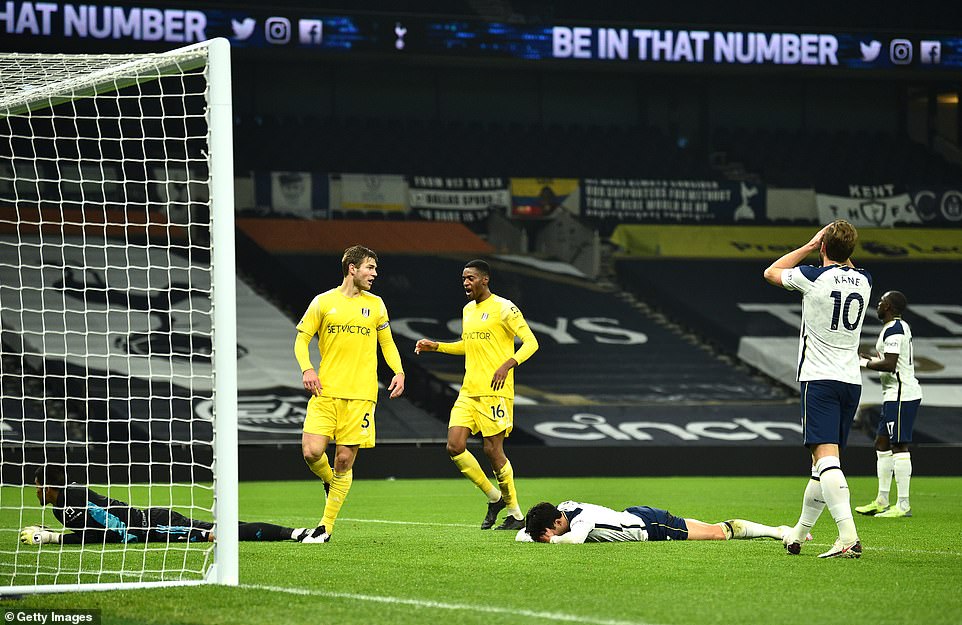 Kane attacked the space between Andersen and Tosin Adarabioyo, two of the three central defenders, and met the cross with a diving header. In went his 11th Premier League goal of the season.

To Kane, it does not appear important whether the opponents are Fulham or Aston Villa, whether the venue is in London or in Birmingham, or what time it kicks-off.

His focus and his appetite to score and create is no less impressive than his finishing.

The contest remained open and enjoyable. Fulham flickered. Loftus-Cheek was only an inch or two wide with an acrobatic volley from a cross by Tete, and Anguissa tested Lloris again from distance.

Spurs, meanwhile, had chances to extend the lead before the interval. The best of them fell to Hojbjerg, who burst through from midfield onto a pass by Kane. 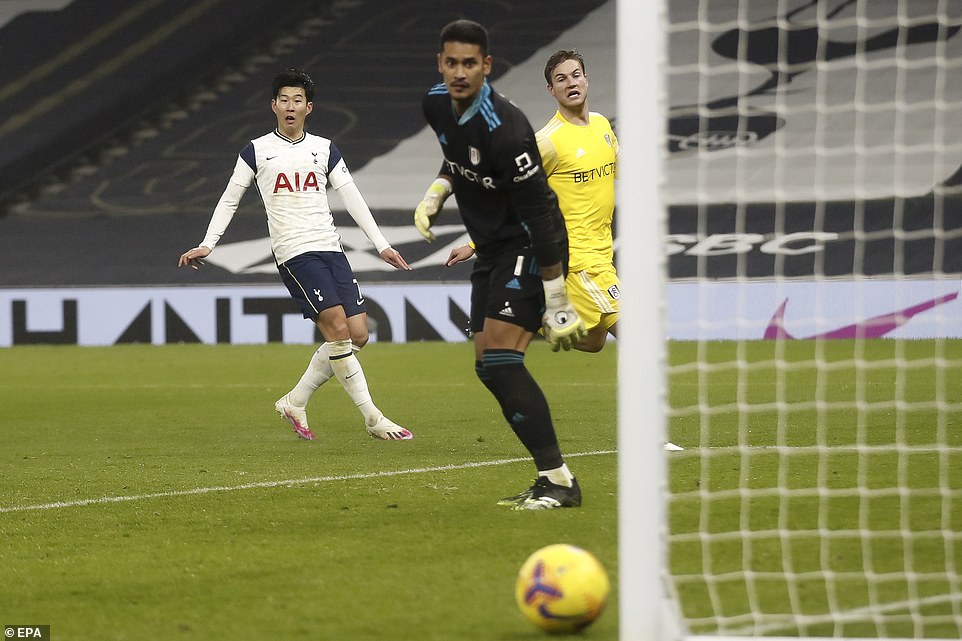 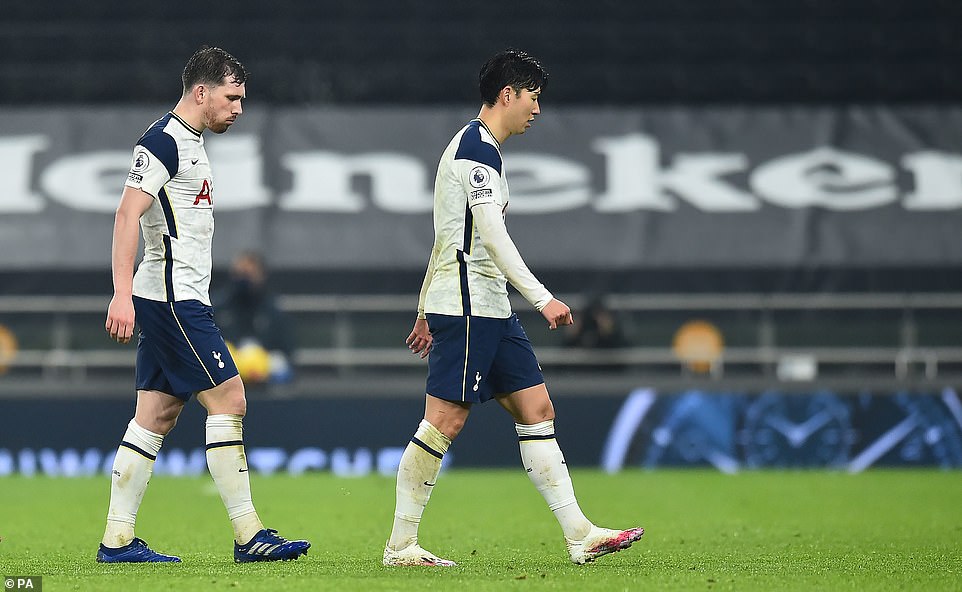 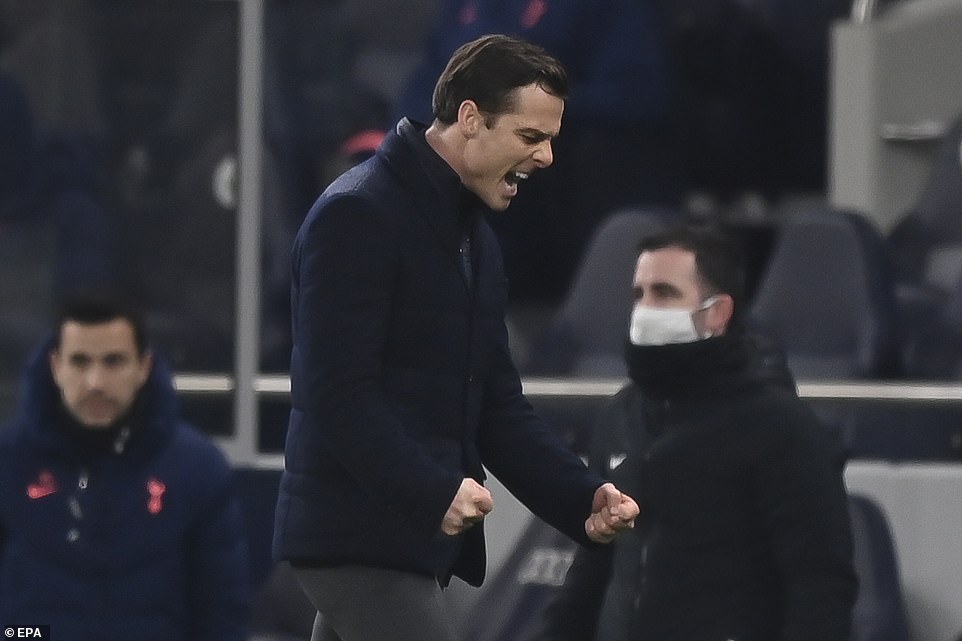 Were the roles reversed it might have been 2-0 but the Dane’s side-footed finished was tame. He managed to summon neither power nor precision and Areola saved.

Moussa Sissoko wanted a penalty as the ball skipped up and struck Adarabioyo on the hand. Referee Paul Tierney waved his appeals away and there was no intervention from VAR.

Fulham played with ambition and adventure, although Tottenham resisted and remained dangerous on the break. Sissoko was denied by a late recovery tackle from Adarabioyo and Areola pushed wide a splendid effort from long range by Harry Winks.

Son thought he had the second on the break. He accelerated clear, onto a pass from Ndombele and beat Areola with a low shot, only to see the ball hit the foot of the far post.

RELIVE ALL THE ACTION FROM THE TOTTENHAM HOTSPUR STADIUM BELOW