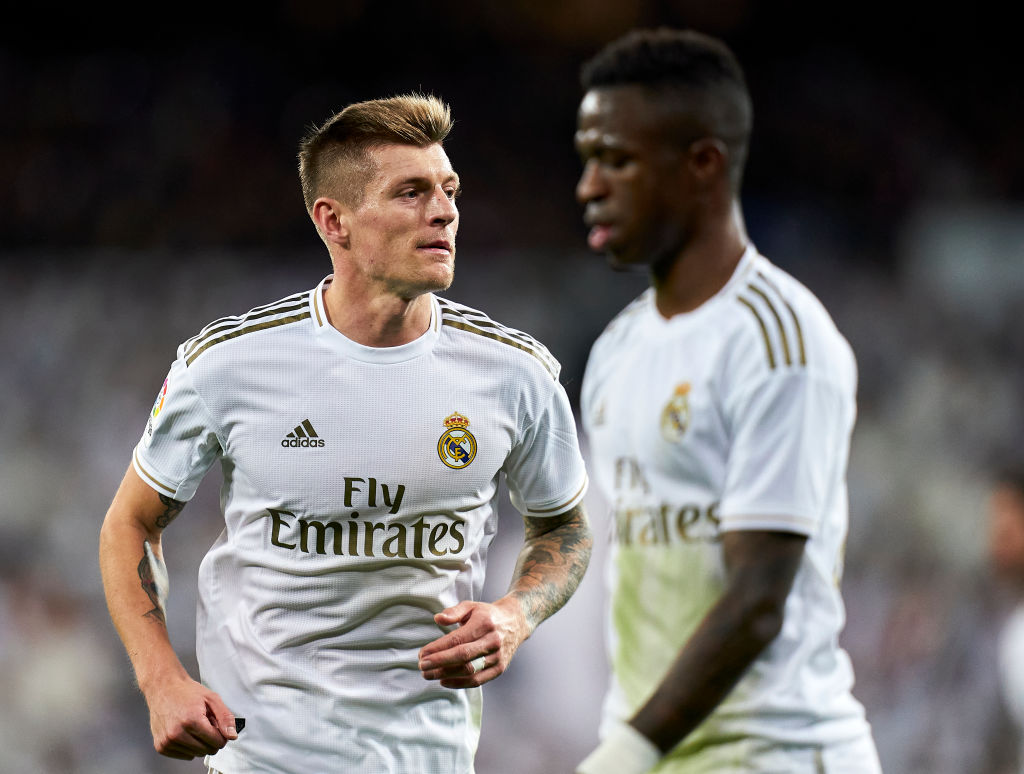 Toni Kroos is set to be offered to Manchester United when Real Madrid look to finally complete a move for Paul Pogba.

It looks like Pogba’s time at Old Trafford will not run beyond the summer, with player and club now keen to bring the torrid relationship to an end.

The Frenchman has largely been out of action since the end of September, making just two substitute appearances in that time, and although he looked to be returning to fitness, is now set to be out for the next few weeks.

The Sun reports that a January move is unlikely for the World Cup winner, but the Red Devils are very happy to cut their losses in the summer.

Pogba was looking for an exit before the season started, but Manchester United stuck a huge £180m price tag on him, effectively pricing him out of a move.

Given his near-useless season so far, they are now more likely to accept around £100m for the 26-year-old, and Real Madrid boss Zinedine Zidane will be keen to get a deal done.

The La Liga side will hope to send Kroos the other way in a deal for Pogba, in order to bring the price down and to reduce their wage bill with the very expensive Frenchman arriving.

United have shown an interest in the German midfielder on numerous occasions in the past, nearly signing him from Bayern Munich in 2014 when he moved to the Santiago Bernabeu instead.

If an agreement for Kroos to move to Old Trafford cannot be made, then Real would still want rid of him to make way for Pogba and big clubs around Europe would be circling for his signature.

Cheryl wants more children through sperm donor: ‘There’s a lot to choose from’

Home and Away spoilers: Tori rushed to hospital after birth – will she survive?

Man Utd boss Ole Gunnar Solskjaer has been growing in frustration over Pogba’s injury situation, sick of questions about it ahead of the trip to Wolves in the FA Cup on Saturday evening.

‘Paul came back after a long spell out, two games, had a reaction and couldn’t go to Burnley. He felt his ankle was sore, we did a scan and it’s not the same injury, it’s a different injury.

‘Of course, when you get that scan and we speak to him, you always consult your own medical people as well like I did when I did my operation, you want the best second opinion and the advice was to have it done. It’s not a major one and probably, as I said, three or four weeks.’