Soucek joined the Hammers on loan from Slavia Prague in last January, and impressed enough for the club to sign him on a £19million permanent deal and four-year contract.

The Czech international has been in excellent form, adding an imposing presence in midfield and in both penalty areas, scoring seven times already this season. 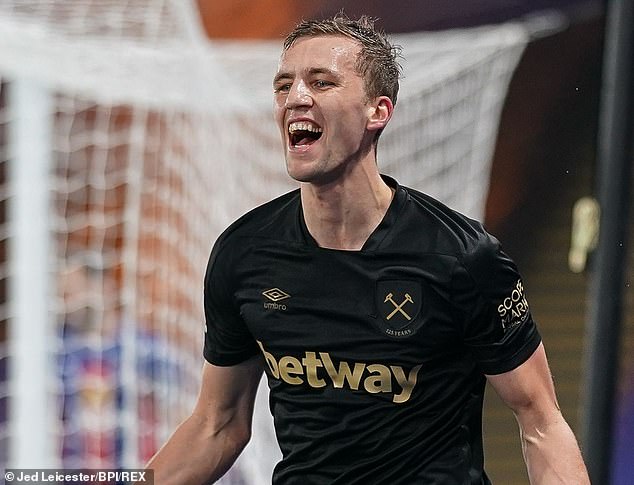 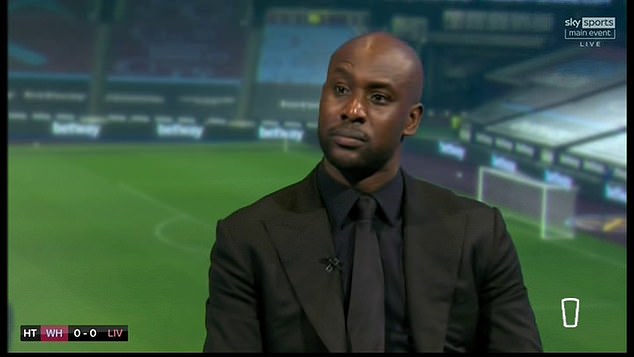 And ex-Hammers target man Cole believes Soucek was a better transfer than Fernandes when you take into account the Portuguese’s £67million fee.

He said on Sky Sports: ‘He’s been immense this season. For me, he’s obviously the signing of any club so far this season out of every club, pound for pound.

‘You talk about Bruno Fernandes being so impactful, in the Man United but for me, pound for pound, he’s been even better than Fernandes. 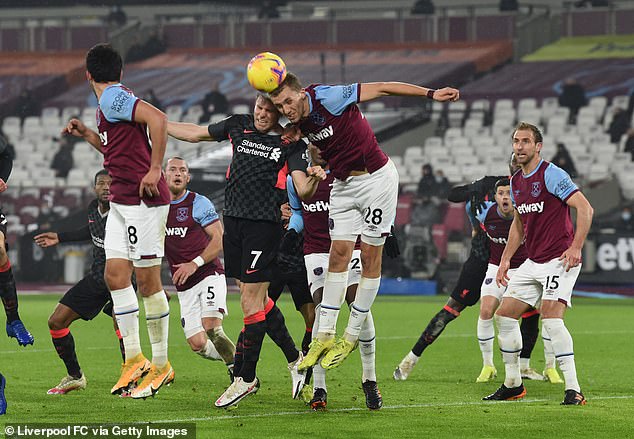 ‘I wasn’t expecting to have a goalscoring midfielder at West Ham and he’s just come in and done the job. He’s been unbelievable and everyone’s taken confidence from his performances so far.

‘He’s been outstanding and when you’ve got a player like that in your team, especially as the driving force in midfield, he’s enabled to chip in with the goals and with Declan Rice around him, it’s opened up the game for him too,’ Cole concluded.

After Sunday’s match against last year’s champions Liverpool, David Moyes’ in-form side host Aston Villa on Wednesday before travelling to Fulham on Saturday.