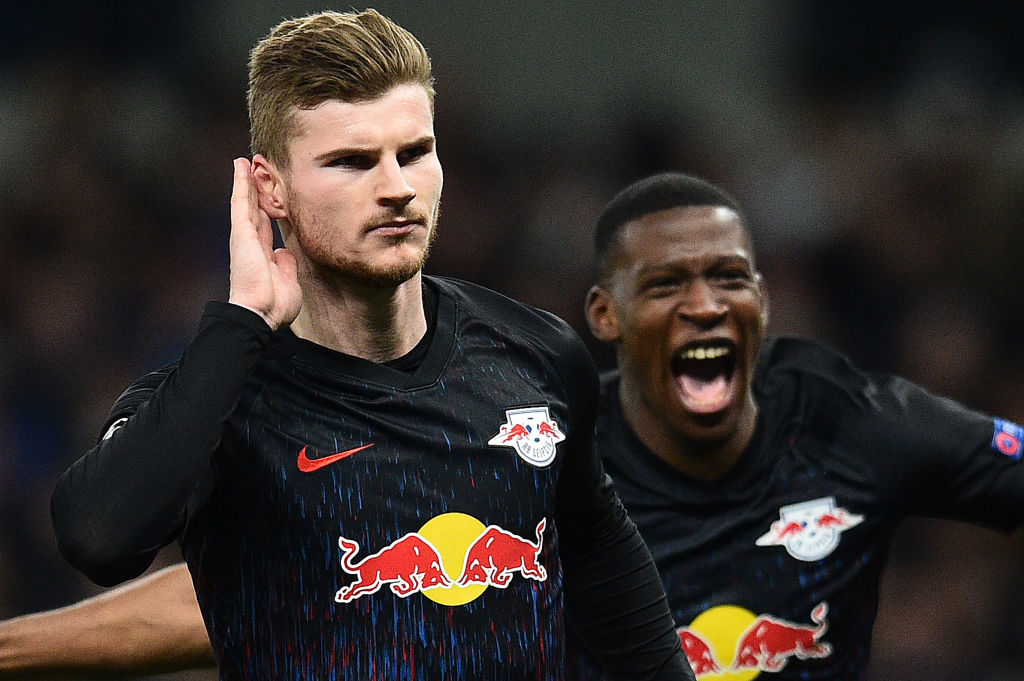 Timo Werner has declared he prefers a transfer to another league after confirming he does not intend to join Bayern Munich.

Reports in Germany this week claimed the RB Leipzig star had decided to rebuff Bayern’s advances, setting his sights on a move to the Premier League instead.

Werner, who has attracted interest from Chelsea and Manchester United, has a £50million release clause and is holding out for Liverpool to snap him up in the next transfer window.

Speaking to Bild, Werner said: ‘A challenge in a foreign league would appeal to me rather than a move to Bayern.’

Chelsea and United are also chasing the striker, but are aware that Liverpool are the frontrunners for his signature.

Werner has established himself as one of the deadliest target men in Europe, with 27 goals in all competitions for Leipzig this season.

Jurgen Klopp is eager to provide competition for Roberto Firmino and bring in a forward that can offer the Reds an alternative to their usual front three of the Brazilian, Sadio Mane and Mohamed Salah.

Werner appears to have been swayed by Klopp and the pair intend to meet to discuss a deal when the coronavirus pandemic is over.

However, Liverpool’s transfer plans may have to be altered due to the financial difficulties clubs are facing amid the health crisis.

Premier League chiefs and clubs are hopeful they can finish the 2019/20 campaign, but the Netherlands and France have already voided their league seasons due to coronavirus.

Project Restart has been devised for football to return this summer, although the UK government are yet to lift the lockdown.

Liverpool have been highly successful in securing their targets under Klopp and often plan their signings two years in advance,

But the Reds’ transfer kitty may be severely depleted by the time football resumes, and plans to sign Werner might have to be put on hold.