One more goal for Mason Greenwood this season and Manchester United’s prodigious young striker will join Wayne Rooney, George Best and Brian Kidd in scoring 17 goals for the club as a teenager.

He has already emulated his boyhood hero Rooney who was the last 18-year-old to hit nine goals in a Premier League campaign — for Everton in 2003.

Greenwood will make his Wembley debut against Chelsea in the FA Cup semi-final on Saturday, having attended the 2010 Community Shield between the two teams with his dad.

Sportsmail takes a look at the stories of United’s two shooting stars — Rooney and Greenwood. 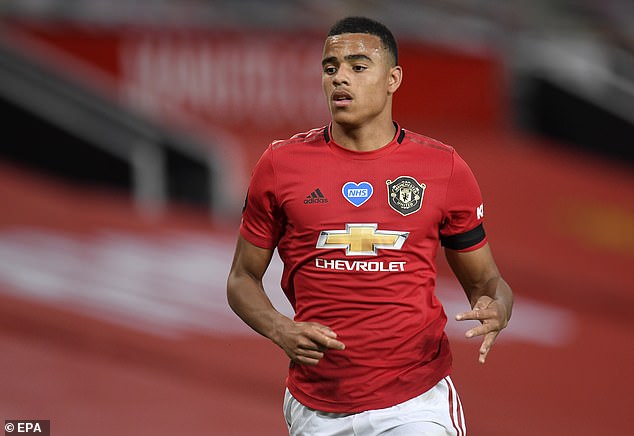 Rooney was spotted by Everton playing for Copplehouse Boys Under 11s at the age of nine, on the way to scoring 99 goals in the Walton & Kirkdale Sunday League.

Greenwood was only five when United scouts who were watching another youngster at Idle Juniors — a club close to Greenwood’s home in the Wibsey area of Bradford — saw him playing by the side of the pitch and made sure to return for his debut when he turned six. Idle won 16-1 and Greenwood scored every goal.

He was fast-tracked through United’s development centres in Halifax and Huddersfield to the Cliff in Salford where he impressed Ole Gunnar Solskjaer so much that United’s then reserve team manager asked for a photo of the seven-year-old with his son Noah.

Rooney progressed through the ranks at Everton, at one stage scoring 114 goals in 29 games for the club’s junior teams.

He made his senior debut at the age of 16 in 2002 and scored his first goals in a League Cup tie at Wrexham on October 1 — Greenwood’s first birthday — a couple of weeks before his breakthrough moment in the Premier League against Arsenal.

Greenwood starred at every level for United. By last season, first-team players were showing each other clips of the teenager’s goals. Greenwood scored 30 times in 29 games for the club’s Under 18s, Under 19s and Under 23s, walking away with the club’s Young Player of the Year award. 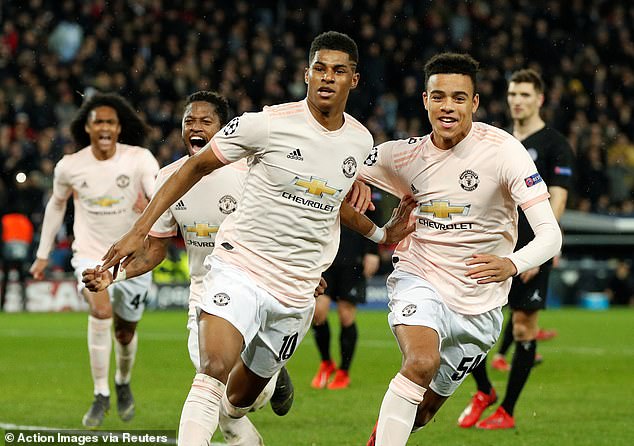 His first-team debut, aged 17 in the final minutes of a dramatic comeback against Paris Saint-Germain at Parc des Princes, was so unexpected that United had to borrow the numbers and letters from PSG to print his shirt.

A first Premier League appearance followed before the end of the season and a first senior goal against Leeds United on tour in Perth last summer.

United’s decision to let Romelu Lukaku and Alexis Sanchez leave has been vindicated, with Greenwood enjoying a breakthrough season as part of a young, vibrant United side alongside Marcus Rashford and Anthony Martial.

He signed a new £15,000-a-week contract in October and an improved deal is expected sooner rather than later.

The United scouts who first invited Greenwood to train in Halifax arrived to to find the boy kicking a ball against some bins equally well with either foot.

Greenwood favours his left but anyone who witnessed the wonderful right-foot strikes against Bournemouth and Aston Villa recently will appreciate his gift.

Curiously, he also takes penalties with his right foot after once missing from the spot with his left in an Under 13s game against Manchester City.

It is one of the reasons why Greenwood has also been compared to former United striker Robin van Persie, who holds the Premier League record of 39 goals scored with his weaker right foot. 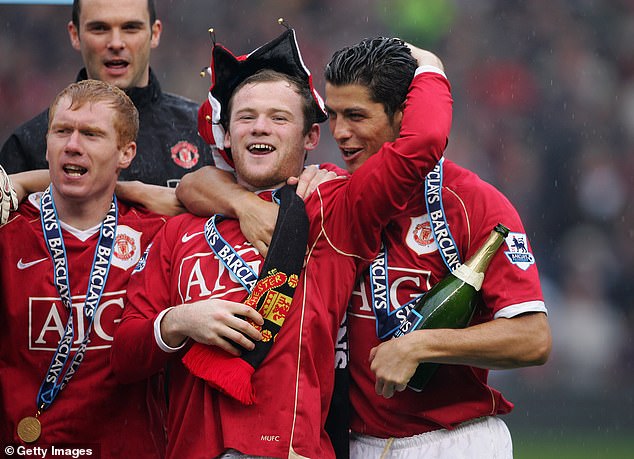 Rooney claimed recently that he is not a natural goalscorer, which came as a surprise to many

Only 26 of Rooney’s 211 Premier League goals came off his left boot. Rooney claimed recently that he is not a natural goalscorer, which came as a surprise to many who saw him make history for United and England.

There is no debate on that subject when it comes to Greenwood who, it seems, was born to score goals. He has lethal power in both feet and the boy who broke the British 100 metres record at Under 13 level has clocked higher speeds than both Rashford and Martial this season.

Rooney’s game, by contrast, was never based on pace but he was always a more rounded and combative player who has been able to drop into midfield later in his career, especially these days at Derby.

While Rooney looked like a boy in a man’s body from an early age, Greenwood’s physical development has taken a little longer. There were some concerns over his diet, although it was more a liking for bowls of sugary cereal than the kind of fast food that used to earn Rooney a rebuke from David Moyes at Everton.

Greenwood was put on a diet of steak, chicken and pasta to help build him up (less of the steak these days).

It is understood that he added three kilogrammes of muscle during lockdown by following a weights programme in the gym at home. He looks a lot stronger for it.

Greenwood seems so well suited to the big stage but United were not convinced that he was mature enough for the first team when Solskjaer replaced Jose Mourinho in December 2018.

He was ‘a young 17’ according to club sources, in need of more time to make the step up — which makes his appearance in Paris three months later and 16 goals this season all the more remarkable. No wonder Solskjaer believes the England Under 21 striker is ready for the senior national side.

He is described as a down-to-earth young man who has a close bond with defender Brandon Williams.

Those who remember Rooney as a shy 18-year-old being unveiled as a United player after starring for England at Euro 2004 also know those inhibitions left him the moment he stepped on a pitch. 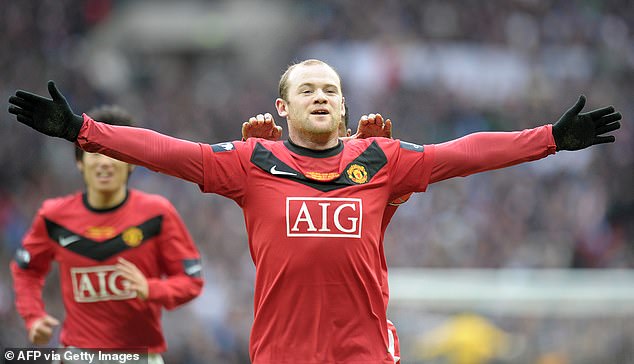 Rooney was already engaged to his childhood sweetheart Coleen when he joined United, having proposed at a petrol station in 2003.

The couple from Croxteth now live with their four sons in the Cheshire village of Prestbury.

Greenwood still lives at home with his family — his father Andrew, an engineer by trade who now handles his career, mother Melanie and sister Ashton, a 21-year-old track athlete.

He drives a £50,000 Mercedes, complete with a silver wrap and red stripe, and recently split from his model girlfriend Harriet Robson. One of the most exciting talents in the Premier League will have to get used to the spotlight.