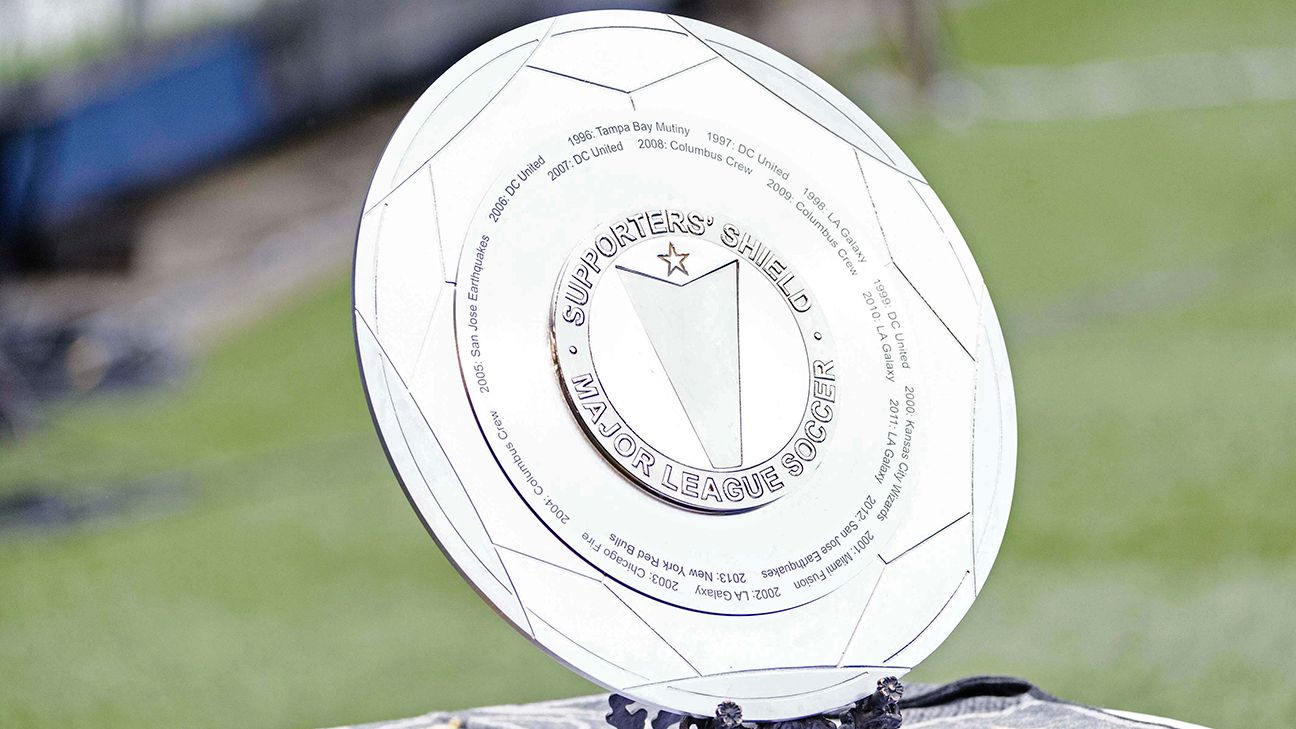 The Supporters’ Shield, annually awarded to the MLS team with the highest regular season points total, will not be awarded in 2020 due to the impact of the COVID-19 pandemic.

– MLS on ESPN+: Stream LIVE games and replays (U.S. only)

The Supporters Shield Foundation, the group appointed by the Independent Supporters Council to oversee the awarding of the trophy, issued a statement on Saturday announcing its decision.

“After much consideration and discussion the Supporters’ Shield Foundation has decided to forego awarding the Supporters’ Shield for the 2020 season,” the statement read. “This was not an easy decision to make. With the inability for supporters to be in attendance and fill the stadiums with passion, however, we feel as though the current climate goes against the spirit of the Shield.”

The COVID-19 pandemic has created considerable competitive balance issues for MLS this season. Starting in early March, the league went on a four-month hiatus, forcing the regular season to be shortened from 34 games to 23.

Following the MLS is Back tournament that was held in a bubble in Orlando, the league returned to play in home markets, and opted to make the remaining games more regionalized in a bid to limit travel. Moreover, the three Canadian teams have had to play their “home” games in U.S. cities. And while some matches have allowed a reduced number of fans to attend, others haven’t allowed fans at all due to local restrictions.

Since Sept. 24, MLS has also seen 10 games be postponed due to positive COVID tests among players and staff. That has called into question as to whether each team will be able to complete the reduced 23-game schedule prior to the start of the postseason, scheduled to begin on Nov. 20.

Commissioner Don Garber said back in August that the league might use points per game instead of total points to determine where teams finish in the standings if the league season couldn’t be completed. Sources tell ESPN that the league will do everything it can to make sure all scheduled regular season games are played, and one league source added that points per game would only be used as a last resort.

In a statement, MLS said that it understood that the 2020 season has been “unprecedented” but added that the team that finishes with the most points will still receive all of the usual benefits. These include the top seed in the playoffs, a berth in the CONCACAF Champions League, and bonus money.

“Most of all, the millions of people who follow and support our league, teams and players will always remember the club that finished as 2020 MLS regular season leader,” MLS said in its statement.

The Shield was created by club supporters in the early years of MLS. It was first awarded in 1998, though the top point-getters in 1996 and 1997 — the now defunct Tampa Bay Mutiny and D.C. United — later had their names inscribed on the trophy. DCU and the LA Galaxy have claimed the most Shields with four each.