The 29-year-old has received a considerable amount of criticism after making some high-profile errors for United.

However, he was in inspired form during Spain‘s 1-1 draw against Germany in the Nations League on Thursday as he made some impressive stops, including one to thwart Leroy Sane. 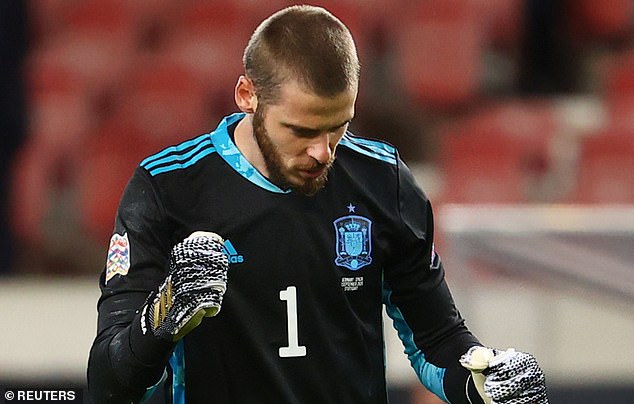 Enrique stressed that de Gea deserves more praise and said that Chelsea goalkeeper Kepa Arrizabalaga is in a similar situation with regards to the intense scrutiny of his performances.

‘He [De Gea] has played a lot of games like this in England,’ Enrique said, as reported by Marca.

‘We monitor him exhaustively, but he and Kepa are in the news if they make a mistake. They’re used to it.

‘With the game he’s played we should be saying what a great goalkeeper we have.

‘I’ll encourage them to not fall apart and it’s a position that I demand a lot from.

‘But because the press give them such a hard time, I treat them more affectionately.

‘They both know that their mistakes are more noticeable than those of other players, but they’re used to it.’ 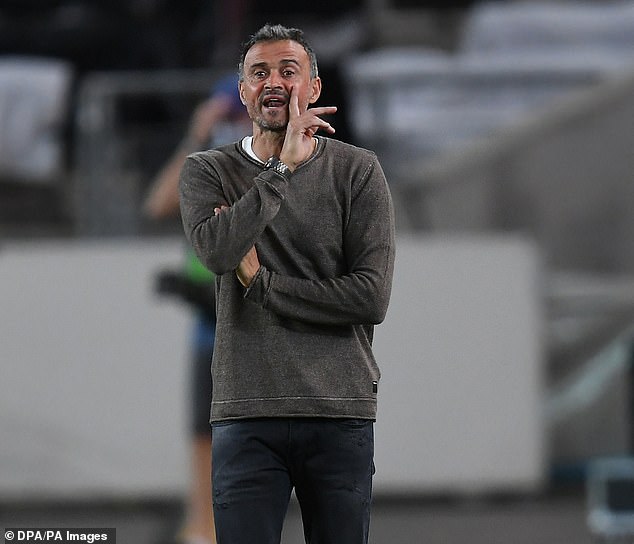 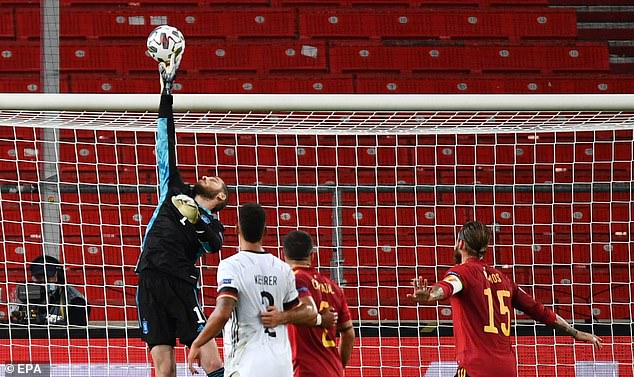 De Gea, who made some excellent stops, faces a battle to retain his place as United’s No 1

De Gea faces a battle to retain his place as United’s first-choice goalkeeper next season, with Dean Henderson back from his loan spell at Sheffield United.

The highly-regarded Henderson has signed a new contract at United but stressed that he won’t be willing to be back-up to de Gea.

Spain are back in action on Sunday when they host Ukraine in another Nations League clash, and de Gea will be hoping to make a major impact again.

The attention will then turn to the intriguing goalkeeping situation at United, but de Gea demonstrated for Spain that he is still capable of producing impressive performances.

Neville told Sky Sports: ‘De Gea definitely starts as No.1 because there was a point where Ole could’ve dropped him towards the end of the season.

‘However, he stuck with him at that point and we are only around four weeks later.’