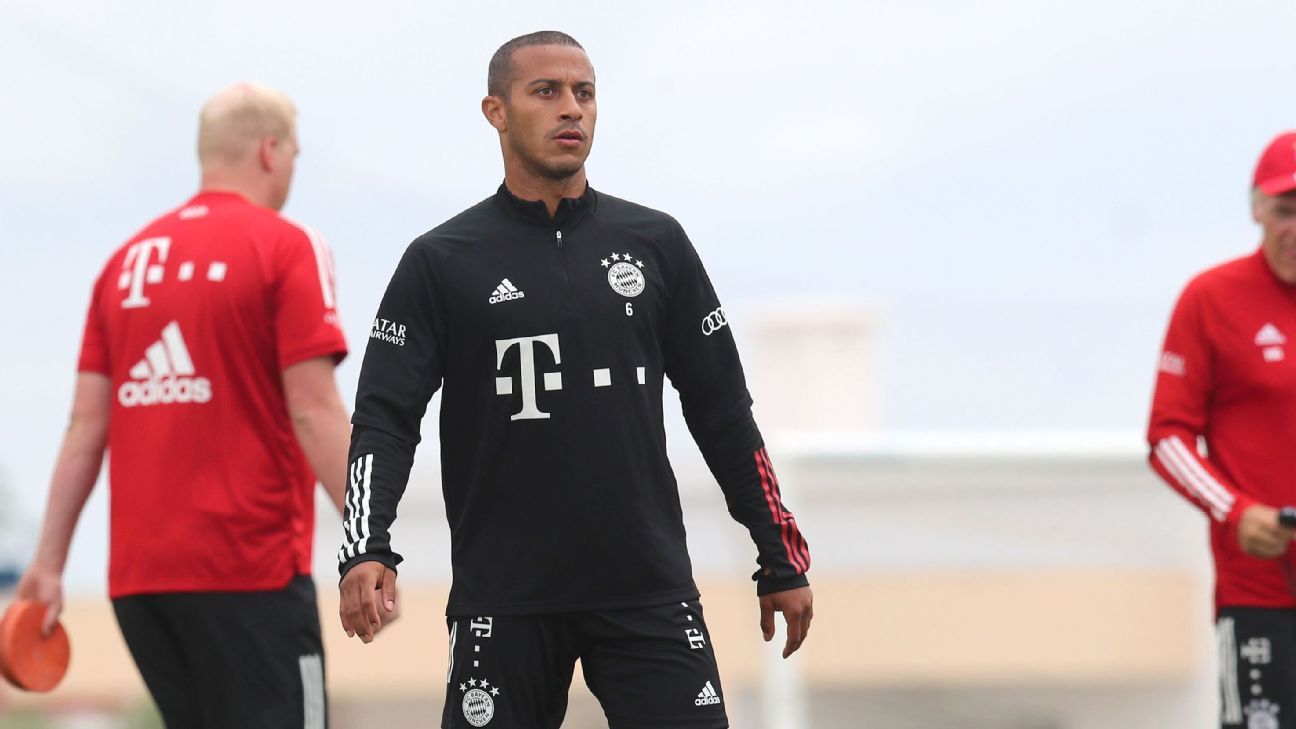 Liverpool are ready to fend off rival interest from Manchester United by stepping up their efforts to sign Bayern Munich star Thiago Alcantara after contacting the Champions League winners over a £27 million move for the midfielder, sources have told ESPN.

Jurgen Klopp has been determined to add the former Barcelona player to his squad this summer, but financial restrictions at the club in the wake of the coronavirus pandemic had left the Liverpool hierarchy reluctant to sanction an expensive move for a 29-year-old.

Klopp had been told that a first-team player would have to leave the Premier League champions in order to create space on the wage bill for Thiago.

But sources have told ESPN that Klopp has now been given the green light to make a move for Thiago without the need to sell a squad player first.

Georginio Wijnaldum, whose contract expires next summer, had been regarded as the most likely departure, with Barcelona coach Ronald Koeman keen to take the midfielder to the Camp Nou But sources have said Wijnaldum’s future will not be affected by any move for Thiago.

Liverpool have faced competition from United for Thiago, who has rejected the offer of a new deal at Bayern to replace his current contract, which expires in June 2021.

United have spoken to the player’s representatives, but Thiago’s wage demands of more than £200,000-a-week have been knocked back by the Old Trafford club.

Bayern have reluctantly accepted that they will have to sell Thiago before the Oct. 5 transfer deadline and Liverpool are now favourites to sign the Spain international.