Confirmation that Leeds will be playing Premier League football next season sent social media into a frenzy on Friday as fans rejoiced at the news.

Past and present players congratulated Marcelo Bielsa’s men on reaching the big time after a 16-year absence, after their promotion was confirmed following West Brom‘s defeat by Huddersfield earlier in the evening.

Rio Ferdinand took to Twitter to congratulate his former club, which was met with fury from Manchester United fans who asked him to ‘delete it’. 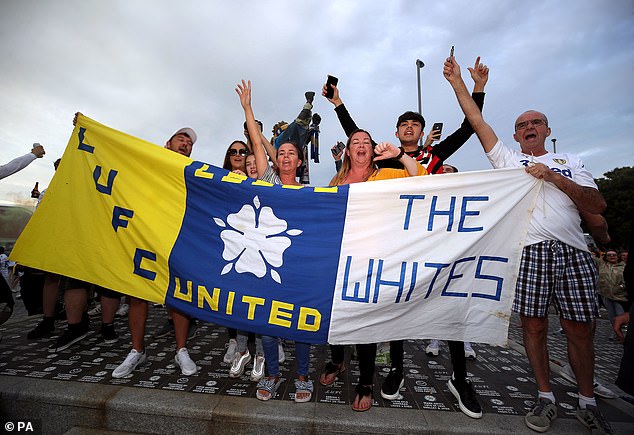 Ferdinand said: ‘Welcome back to the PL @LUFC Back in the big time & deservedly so!!’

Leeds icon Lucas Radebe was next to offer his congratulations to his former club, where he made 256 appearances for the Yorkshire side.

He tweeted: ‘After long 16yrs finally the wait is over our dreams have come true bak in the premier league come on @LUFC Congratulations to ElLoco an the Boys absolutely proud.’ 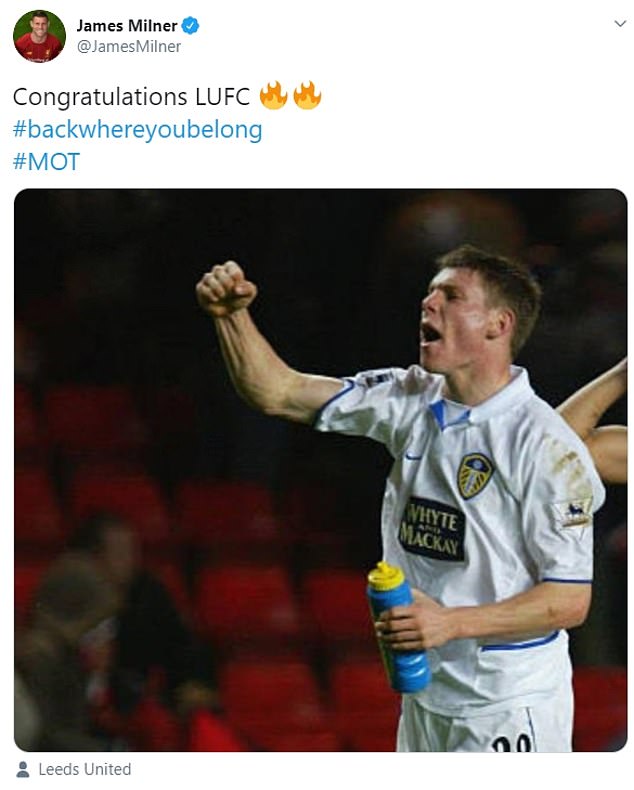 Aaron Lennon was delighted with the news, claiming it was a good day for the club and city 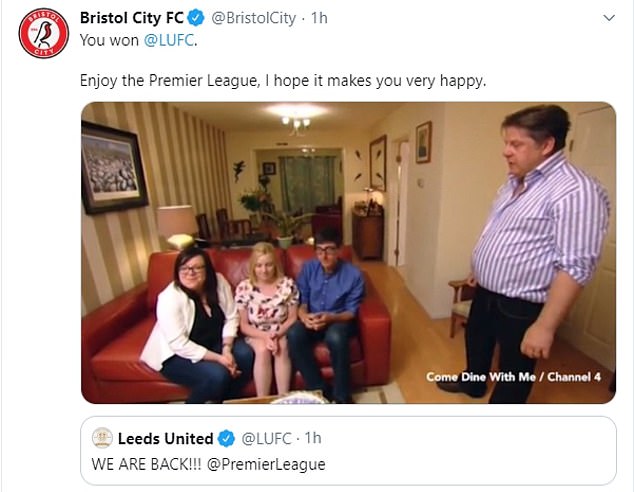 James Milner was also on hand to congratulate the club where he started his professional career, claiming that they were ‘back where they belong’.

However, not everyone was delighted with Leeds’ return to England’s top flight.

Many rival supporters were distraught at the news while many claimed they now have a ‘new team to hate’.

One said: ‘Delighted that Leeds are back in the Prem! Another team to f***** hate.’

Another agreed, adding: ‘Leeds being promoted gives every club in the league a team to all simultaneously hate.’ 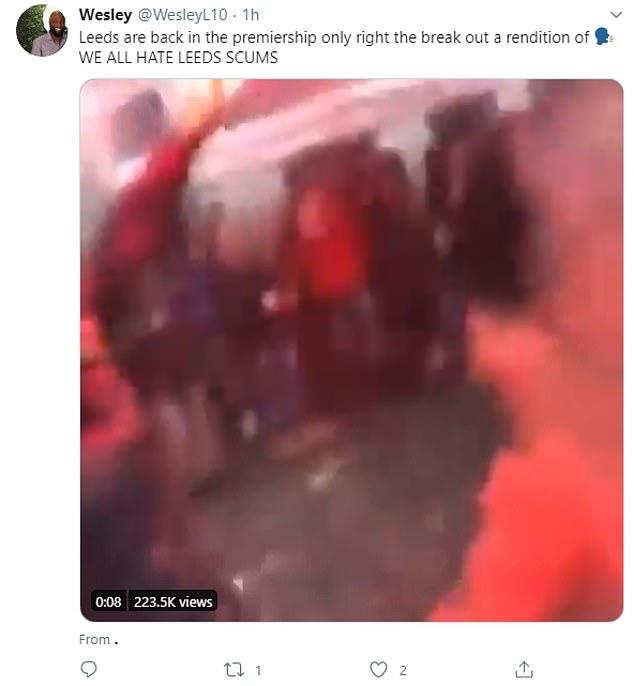 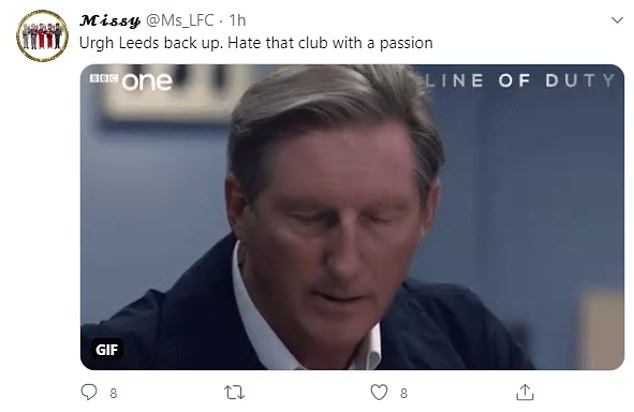 A Liverpool fan also couldn’t believe the news: ‘Urgh Leeds back up. Hate that club with a passion.’

As soon as West Brom’s result was confirmed, Leeds were quick to express their joy at returning to the top flight as they tweeted a poster to celebrate their promotion, writing: ‘We are back!’

Despite pleas from the club for supporters to stay at home amid the coronavirus pandemic, fans quickly took to the streets after discovering their 16 years of pain was over.

After waiting so long for this moment, the Leeds faithful had no intention of staying indoors as groups arrived outside Elland Road with blue and yellow flares and waving flags and scarfs and singing to their hearts’ content. 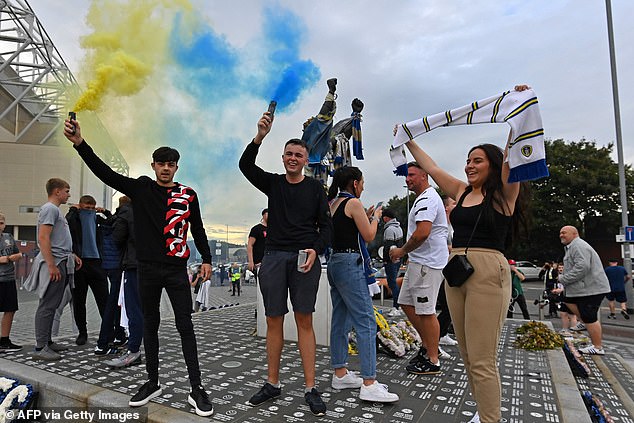 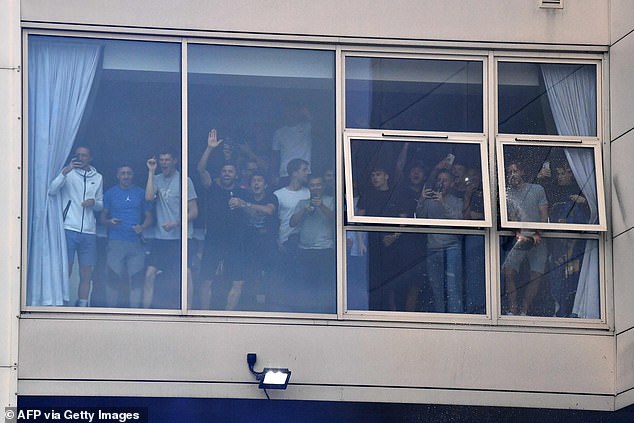 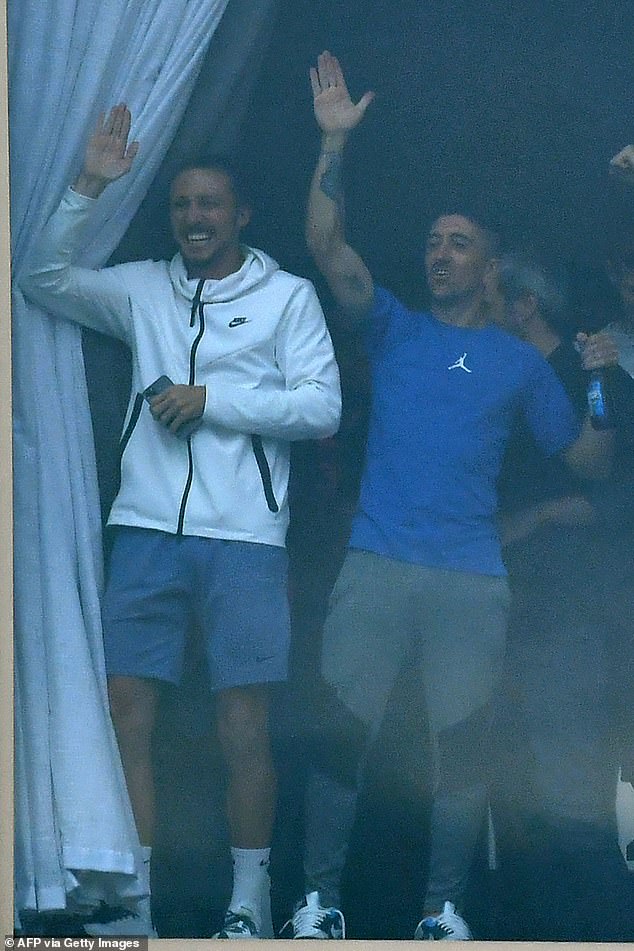 And their celebrations were recognised by the heroes who pulled off the feat as Leeds players were seen dancing around inside the stadium – waving to the fans at the window after watching the West Brom game together.

Leeds stars were seen jumping around and taking photos while huddled together as they were forced to enjoy their glory off the pitch.

And midfielder Kalvin Phillips couldn’t contain his excitement as he left the stadium to roar to the crowds gathered outside the gates.

Elsewhere, Bielsa was given a rapturous reception as he was mobbed by Leeds fans as ‘El Loco’ used his elbow to greet them all before getting into his car.