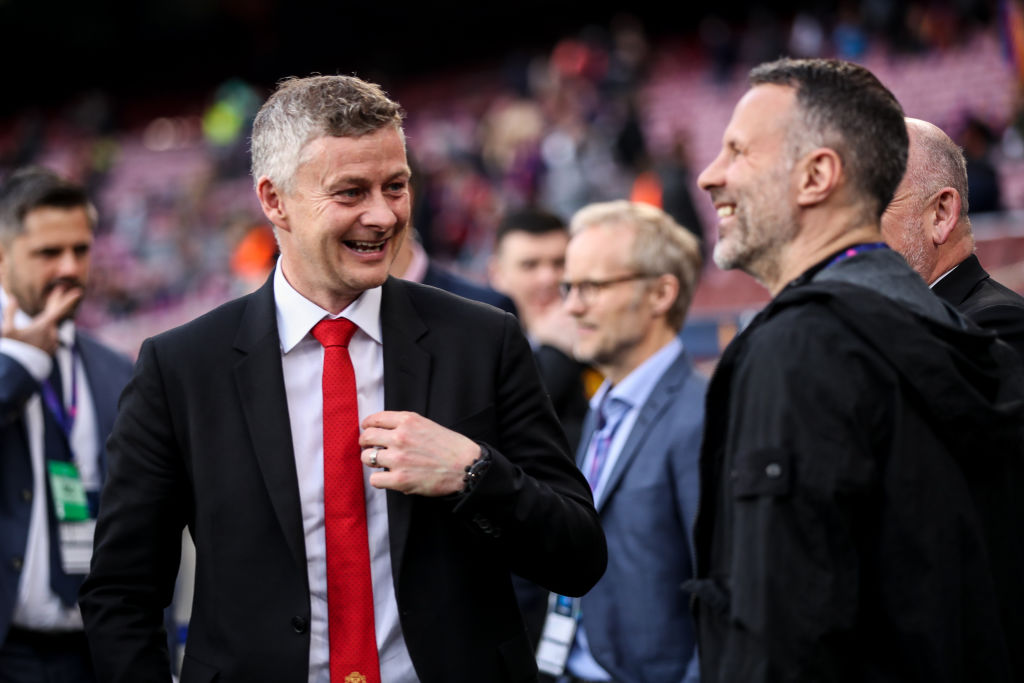 Pogba, 26, was ruled out for around three months after suffering an ankle injury at the end of September and he briefly returned to face Watford and Newcastle but then missed United’s last two matches against Burnley and Arsenal.

Solskjaer confirmed that Pogba was not part of his squad at the Emirates as he required ankle surgery and the Frenchman is expected to be absent for at least another month.

United’s manager has also had to bat away questions surrounding Real Madrid’s public interest in the World Cup-winner.

Zinedine Zidane has made no secret of his desire to work with Pogba and the midfielder’s agent, Mino Raiola, has repeatedly hit out at United for standing in the way of his client’s dream move to the Bernabeu.

Giggs says the whole situation is a ‘frustrating’ distraction for United and and the Welshman feels Solskjaer having to constantly discuss Pogba’s future.

‘I feel sorry for Ole because he’s got to continuously answer questions on Paul Pogba,’ Giggs told Optus Sport.

‘I say United are on a good run at the moment and that’s without him. He’s come on and done okay in a few games but it’s disappointing at the moment.

‘He is a talent, we talk about him all the time, he’s not consistently done it for United. Ole can only deal with the players that are fit at the moment.

‘To continuously answer questions on a player that is rumoured to be leaving, to be injured, to be elsewhere when he should be perhaps in Carrington training, is frustrating to a manager.

‘You can’t not play Pogba if he’s fit because you haven’t got anyone (else) with his quality to come in.

‘But it’s frustrating because the lad has got quality. Like I said, he’s not shown it consistently for United since he signed, since he’s come back. Is he happy? I don’t know. Does he want to be elsewhere? I don’t know.’

Millions of burned animals euthanized amid raging bushfires in Australia

Tesco is selling a llama cake for all your celebratory needs

Raiola has vowed to stop sending his clients to United amid the ongoing transfer saga surrounding Pogba.

‘Today I would no longer bring anyone there,’ Raiola told Italian outlet La Repubblica earlier this week.

‘They would also ruin [Diego] Maradona, Pele and [Paolo] Maldini.

‘Paul needs a team and a club, one like the first Juventus.’