The Red Devils trailed 2-0 at half-time but Bruno Fernandes‘ finish before a late double from substitute Cavani saw United produce a stunning turnaround in a 3-2 victory at St Mary’s.

Cavani had not played competitively since March when United signed the unattached Uruguayan, 33, on transfer deadline having missed out on other targets. 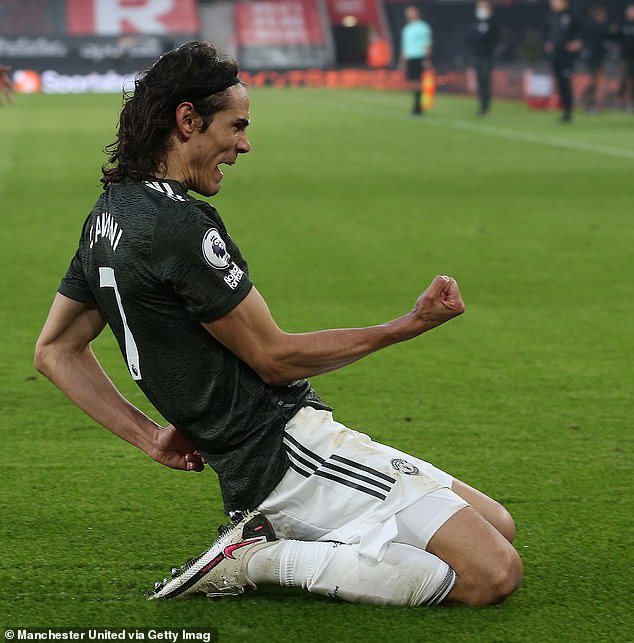 But the veteran striker silenced his doubters emphatically with his second and third goals for the club, and former United player Roy Keane said it looks like a well-taken gamble by the club’s hierarchy.

When asked on Sky Sports Super Sunday if the centre-forward is what United have been missing, Keane responded: ‘I think so. It was always a gamble when he came to the club.

‘People were doubting why he didn’t have a club. Did he have the hunger, the desire? We’ve seen clips of him in some other games and think ‘has he still got it?’ We’ve seen proof of it today. 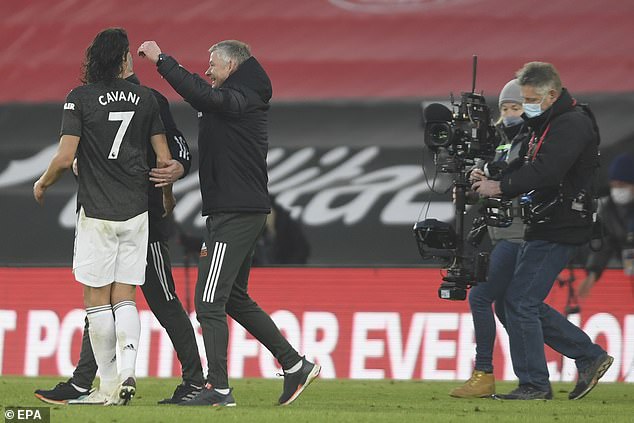 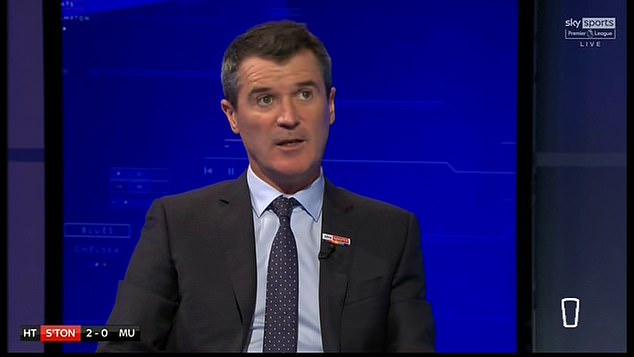 ‘He could turn out to be a huge signing for United. It was a bit of a gamble really, but it’s worked out well today.’

Fellow pundit Jimmy Floyd Hasselbaink has similar plaudits for the forward, adding other young strikers should take note of his movement for the goals.

‘Movement. Every young striker has to look at him. This is all about movement and the space (his first goal)’, said Hasselbaink.

‘If you see where he starts, he sprints to the first post. It’s nice with the glance. Of course, the ball in, it’s a good ball. It’s all about Cavani. If he has no movement, he does not score.’