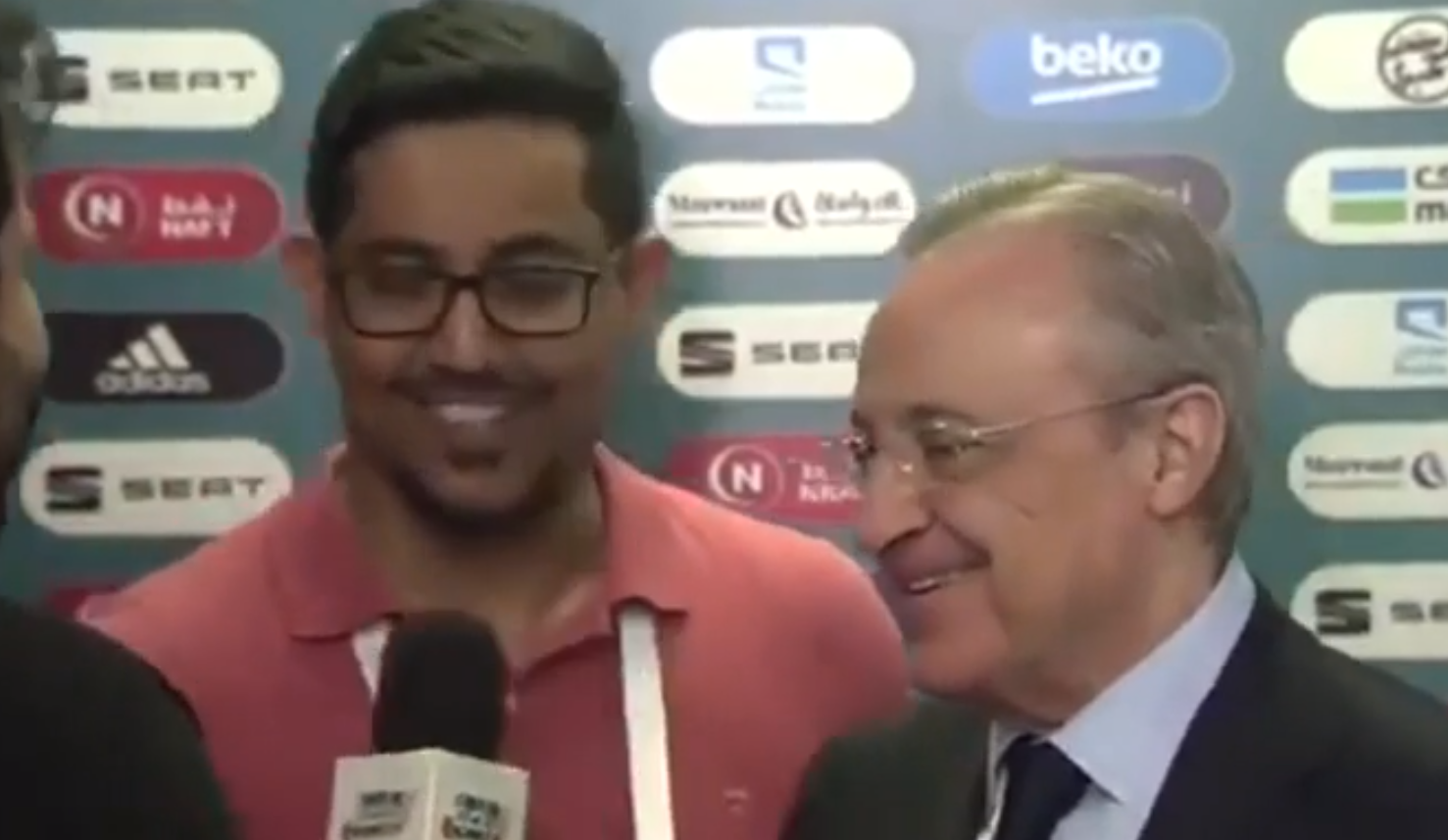 Florentino Perez joked that he’s never even heard of Paul Pogba when asked about Real Madrid‘s interest in the Manchester United star at the weekend.

Pogba, 26, has long been linked with a move to Madrid and his agent, Mino Raiola, has done little to dispel the rumours over recent weeks with a series of swipes aimed at Manchester United.

At the end of Demember, Raiola has criticised United for standing in the way of a potentially iconic moment in French football history by preventing Pogba and Zinedine Zidane from working with each other.

The France international has made no secret of his desire to play under Zidane and the Madrid manager has returned the favour by talking up a big-money transfer.

It’s understood senior players and officials at United are now resigned to losing Pogba, despite Ole Gunnar Solskjaer’s insistence that the midfielder remains a key part of his plans.

Amid the speculation, Madrid president Perez was asked about the club’s chances of wrapping up a deal for Pogba and he had the perfect response to shut down the links.

‘I don’t know who Pogba is?’ Perez replied with a smile following Madrid’s Spanish Super Cup triumph over Atletico Madrid in Saudi Arabia.

United have been linked with a number of attacking midfielders this January, with Pogba reportedly set for the exit door at Old Trafford.

Leicester’s James Maddison, Aston Villa’ Jack Grealish and Ajax’s Donny van de Beek are all firmly on United’s radar, but Bruno Fernandes is understood to be the club’s priority target.

However, the two parties were some distance apart with regards to a fee, with Sporting holding out for around £60million and United are only prepared to spend £50m on the Portugal international.

Solskjaer was asked about Fernandes on Tuesday and has confirmed that United have the resources to spend big if they deem it necessary this winter.

‘I’ve got no transfer updates, so no,’ he said.

‘If we get something that we can tell you about we will but I’ve got no news now.’

The Norwegian added: ‘For me, the most important thing is that we get the results we want, that we get the performances on the pitch. That’s my focus, that’s got to be my focus.

‘But I know that I – or we – have got the resources, we’ve got the backing if we need to go into the transfer market for example.

‘We are still up there [in the Deloitte money league], so we’re still in a good place.’

Come on Man Utd fans, now is the time to act and get your club back from the Glazers

The Manchester United game that history forgot but Tranmere didn’t

Come on Man Utd fans, now is the time to act and get your club back from the Glazers

The Manchester United game that history forgot but Tranmere didn’t