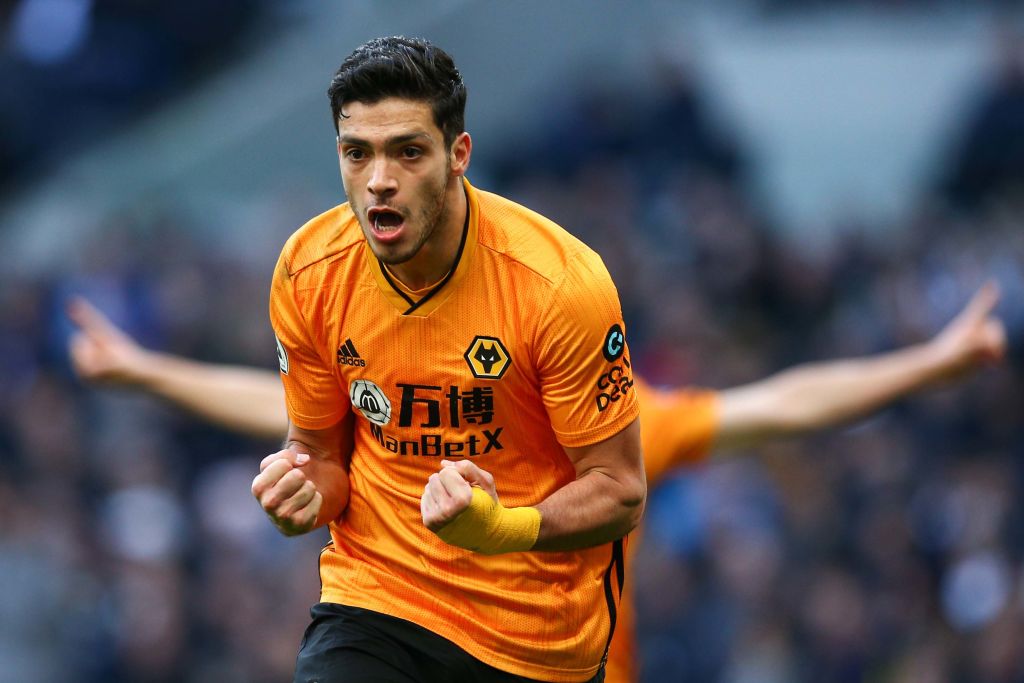 Raul Jimenez insists he remains settled in England but confessed he is all too aware of the speculation linking him to the likes of Chelsea and Manchester United.

The Mexico international has thrived as the focal point of a Wolves forward line that has propelled the club into the latter stages of the Europa League and had been challenging for a top four finish in the Premier League.

Jimenez failed to make the grade at Atletico Madrid earlier in his career but confessed a return to Spain to play for one of Barcelona or Real Madrid remains and ambition, but for now he remains content to continue playing a key role in Nuno Espirito Santo’s side.

‘I find out [about the links with other clubs] through social media,’ Jimenez said.

‘They have already put me at Real Madrid, Chelsea, Manchester United, Arsenal and every day comes out a new team that want [to sign] me.

‘I have to be calm. If they are talking about me it is because I am doing things well; I would like to continue in England. I am happy, adapted and I like the idea [of staying in the Premier League].

‘If you tell me that tomorrow an offer from Real Madrid or Barcelona comes, it is obvious that you do not let such an opportunity go. But if I stay here I am fighting to qualify for the Champions League, for important things.

‘Fighting for the title still seems difficult but we are in the Europe League round-of-16. I think that I made the right decision to come here [to Wolves] and I do not regret it.

‘Leaving the doors open for anything is the most important thing. With Wolves we are fighting for the Champions League, I am happy and I am an important player for the fans and for the team.

‘I am fine, I do not close any doors, I am open to whatever comes but it does not stop me sleeping.’