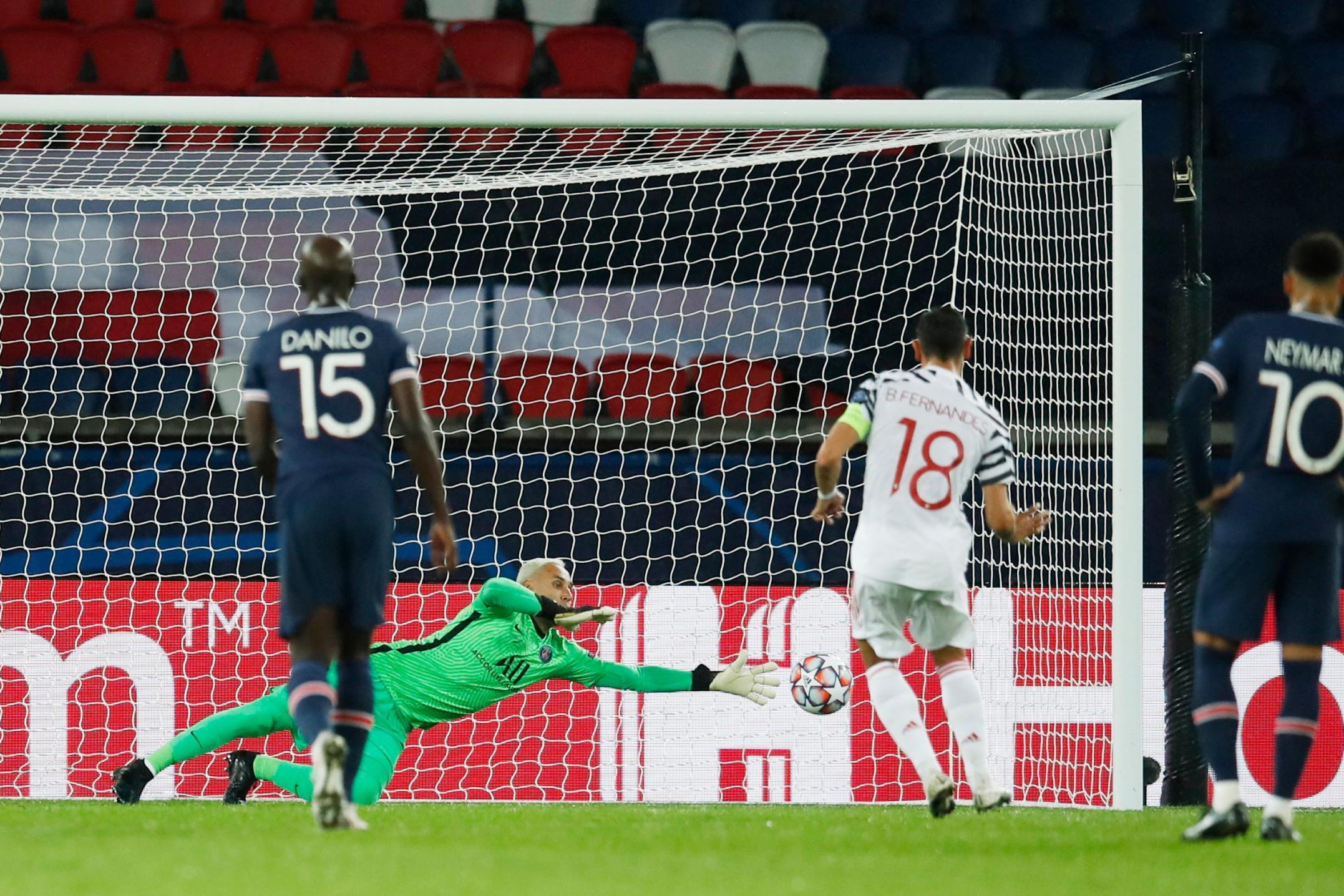 There was early drama in the Champions League when Bruno Fernandes missed a penalty against Paris Saint-Germain, only for the referee to order a retake and the stand-in Manchester United captain score second time around to leave Neymar incensed.

Fernandes hopped, skipped and jumped and had his initial spot-kick saved by PSG goalkeeper Keylor Navas down low to his left in the first half in Paris.

But PSG celebrations were short-lived as VAR ruled Navas had moved off his line and Spanish referee Antonio Miguel Mateu Lahoz ordered a retake.

Using the same technique, Fernandes made no mistake second time around.

Neymar was furious with the decision to award a retake but former Premier League referee Peter Walton, working as a pundit for BT Sport, said the officials made the right decision.

“It is a factual decision,” said Walton. “Navas had both feet off the line, VAR has told the referee and quite rightly the kick was retaken.”

PSG’s anger increased further when Neymar was booked later in the first half after the French champions had their own penalty protests turned down.