Two months on from losing the Champions League final to Bayern Munich, the perennial Ligue 1 champions kick off their continental tilt with a home clash against Ole Gunnar Solskjaer’s side.

PSG boast former United players Ander Herrera and Angel Di Maria among their ranks for Wednesday’s match, while the visitors can now call upon the Parisians’ record goalscorer. 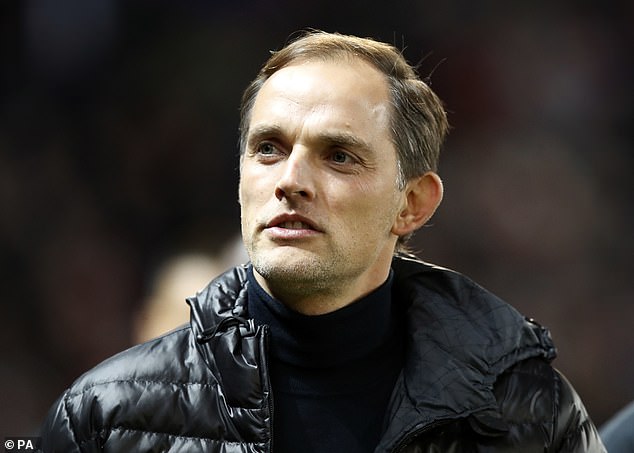 Cavani scored 200 goals in 301 matches for PSG before leaving over the summer and joining United, whom Tuchel believes have a gem on their hands.

‘They’ve got a great personality, like with many of the biggest players of the game – it’s the same with Edi,’ the PSG head coach said of the 33-year-old Uruguayan.

‘Very polite, almost a bit shy. Hard, hard worker. He will be there in every training, first minute until last minute. Every game from first second until last second. You can totally rely on him.

‘He’s living for goals, living for scoring. When he scores, when he has the confidence, he’s one of the best number nines in world football.

‘Hopefully he will show, not tomorrow but from Wednesday on, he can start to convince all of you. I have nothing against that. But tomorrow it’s not necessary to prove me right.’ 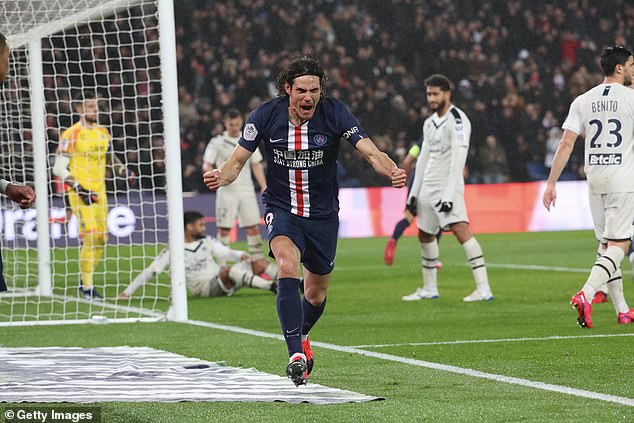 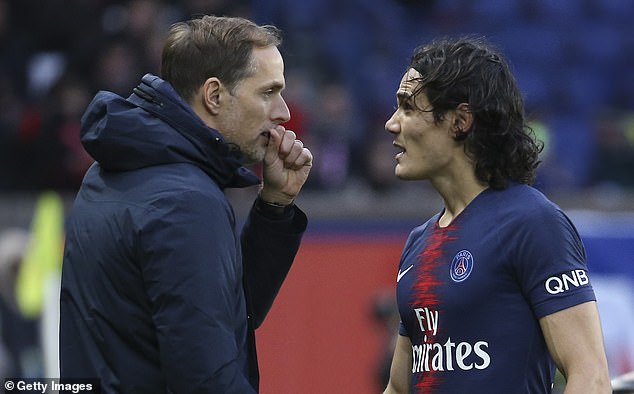 Tuchel is unlikely to have anything to worry about on Tuesday given Cavani’s lack of match fitness, while UK quarantine regulations meant he only trained with his new team-mates for the first time on Sunday.

There were reports the striker did not even board the flight to Paris, where Solskjaer all but secured the United manager’s job on a permanent basis when overseeing a record-breaking Champions League quarter-final win 19 months ago.

No side had ever overcome a two-goal home loss and progressed from a knockout match in the competition’s history, but United rolled back the years to seal a memorable 3-1 triumph in March 2019.

‘We had a good result (a 2-0 win) at Old Trafford. In the end it wasn’t a very great outcome for us, but we’ve had a very great run last season for the Champions League. 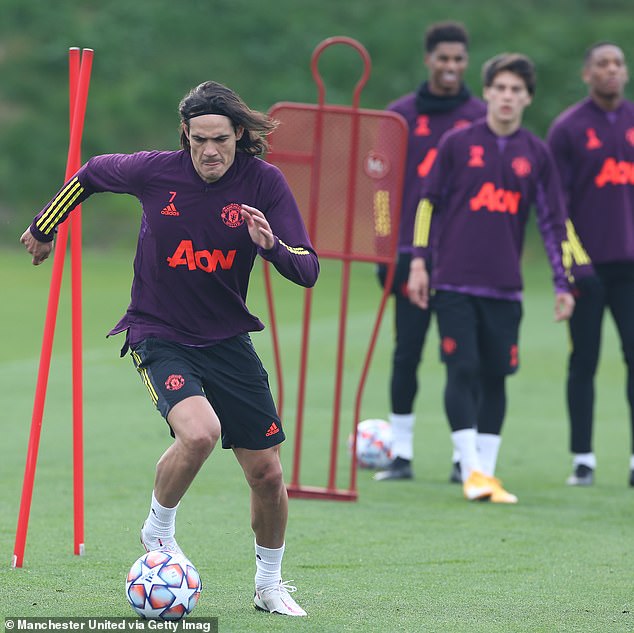 ‘Now, of course, it’s a challenge not to think about too much last season, nor about two seasons ago. This doesn’t help.

‘Now we have to overcome these difficulties, we have to show what we are able to do now and we start this new Champions League with zero points and we have to play.’