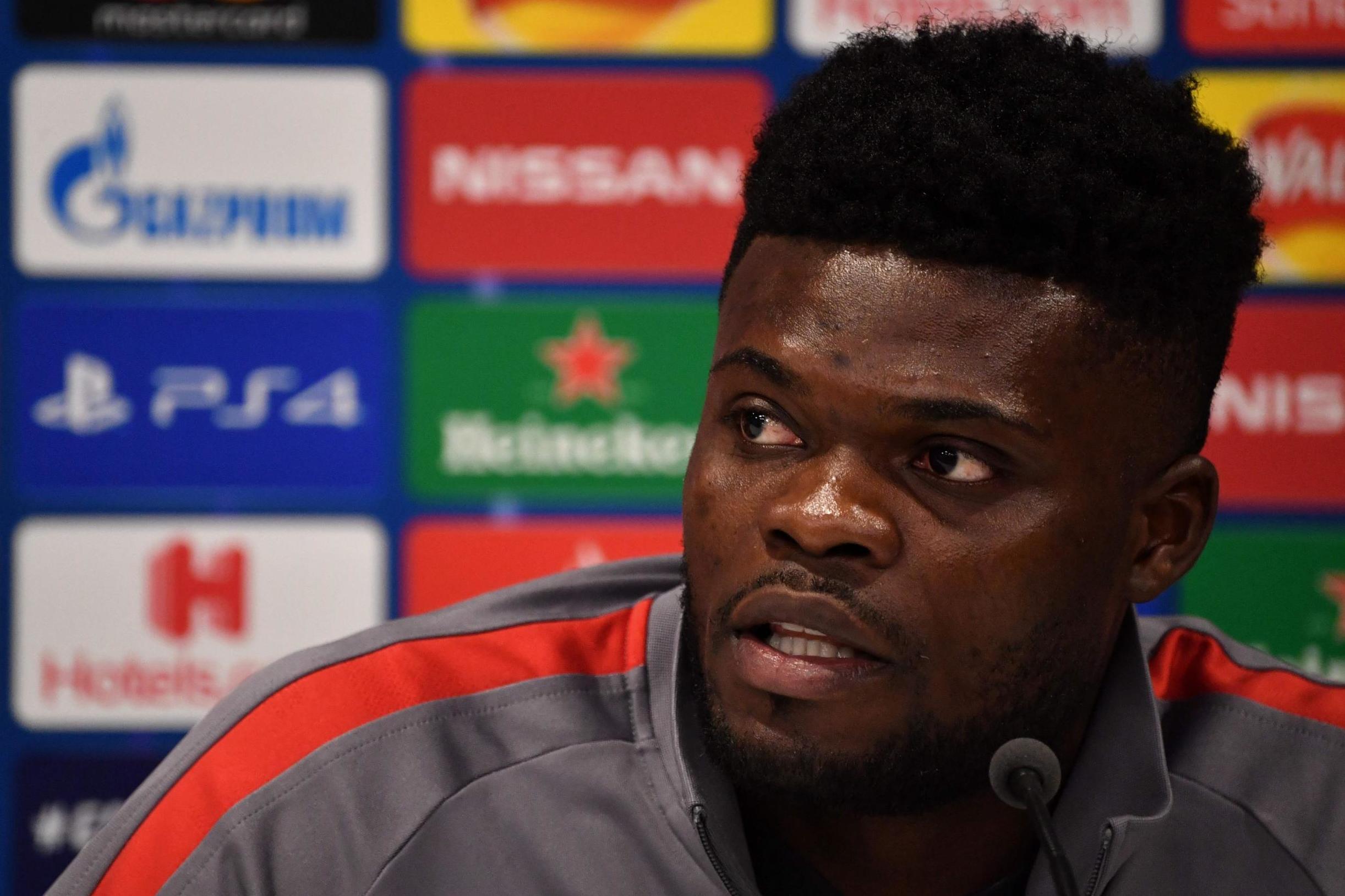 They tweeted “Welcome to the Partey!” shortly after Atletico confirmed they had met the valuation for the Ghana international, meaning “the player has unilaterally terminated his contract with our club”.

Lucas Torreira completed a loan move in the other direction while Matteo Guendouzi joined Bundesliga outfit Hertha Berlin on a season-long loan deal.

Manchester United, who had been dormant in the window aside from signing Donny van de Beek from Ajax, brought in Uruguay striker Edinson Cavani and Brazil defender Alex Telles as they moved to strengthen their squad in the wake of Sunday’s 6-1 humiliation by Tottenham.

Cavani, who has signed a one-year contract with the option to extend for a further year, moves to Old Trafford on a free transfer following his release from Paris Saint-Germain this summer.

Cavani said on the club website: “Manchester United is one of the greatest clubs in the world, so it is a real honour to be here. I’ve worked really hard during the time off and I feel eager to compete and represent this incredible club.”

United are understood to have agreed a fee for £13.5million plus £1.8million in potential add-ons with Porto for left-back Telles.

Telles told his new club’s website: “To join a club with the prestige of Manchester United is a huge honour.

“You have to work hard to get to this moment in your career and now I am coming to this club, I can promise that I will give everything in my heart to be a success here.”

United have also reached an agreement to sign 18-year-old Atalanta winger Amad Diallo, who will join the Premier League club in January subject to a medical, personal terms and a work permit.

In addition, United have announced the signing from Sochaux of centre-back Willy Kambwala, who will join the Under-18s squad, while Chris Smalling has completed a permanent move to Roma.

Walcott made his senior debut for the south-coast club as a 16-year-old, and has returned almost 15 years after his departure.

A club statement said: “Southampton Football Club is proud to announce that Theo Walcott, one of the most celebrated academy graduates in its history, has returned to St Mary’s.”

Norwich announced they had received a club-record fee for Godfrey, whose deal ties him to Everton until the end of June 2025.

The 22-year-old made 30 appearances for relegated Norwich in the Premier League last season and had been linked to a number of top-flight clubs this transfer window.

The centre-back completed a medical with the Premier League leaders over the weekend before the deal was announced on Monday morning.

Everton also completed the signing of goalkeeper Robin Olsen on loan from AS Roma.

Leeds have signed Brazilian winger Raphinha from Rennes for an undisclosed fee, reported to be around £17million.

Fulham have reportedly completed the loan signing of Ruben Loftus-Cheek from Chelsea, while they have also signed Denmark centre-back Joachim Anderson on loan from Lyon until the end of the season.

Loftus-Cheek was not the only player departing Stamford Bridge on loan, with midfielder Tiemoue Bakayoko moving to Napoli for the rest of the campaign.

Tottenham midfielder Ryan Sessegnon has joined Bundesliga outfit Hoffenheim on loan for the rest of the season.

Wolves defender Ruben Vinagre completed a season-long loan move to Olympiacos, with an option for the Greek champions to make the deal permanent.

Fulham made a late swoop for for Manchester City centre-back Tosin Adarabioyo for an undisclosed fee.

The 23-year-old agreed a three-year deal at Craven Cottage, with Fulham holding the option to extend by an additional 12 months.

“I felt like the time was right to leave the club (Man City) and push on. It was the right time in my career to move on and hopefully get a lot of Premier League games.”

Additional reporting by the Press Association