City went five points clear of rivals Manchester United with a game in hand following Sunday’s 4-1 victory at Anfield, but Guardiola warned against complacency by pointing towards Liverpool‘s recent collapse in form.

‘We shouldn’t play any more games in the Premier League because we are already champions,’ Guardiola said sarcastically. 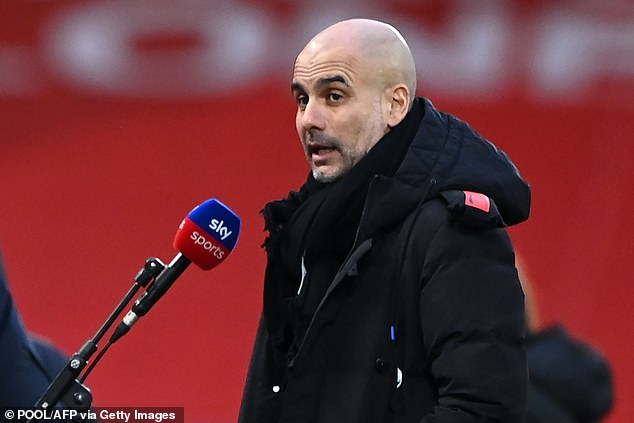 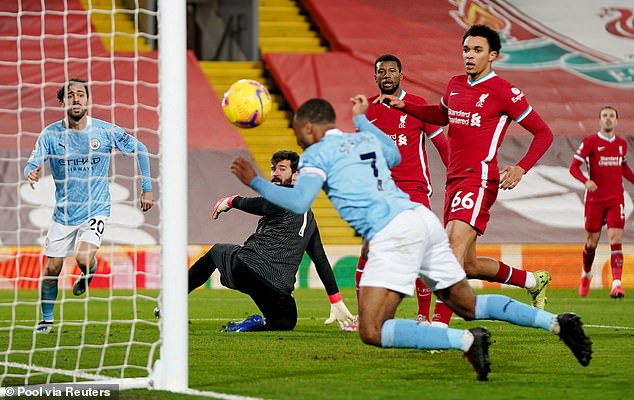 ‘I don’t have to understand why we have to play against Tottenham and then Everton.

‘I don’t understand it because we are already champions.

‘All the good words are just because we are winning games – we are the same team that we were. Two months ago we were out of everything: we didn’t have any chance to be champions.

‘Liverpool remains one of the best teams I’ve seen in my life and were able to make an incredible run at home unbeaten – destroying teams for two or three seasons without one defeat. 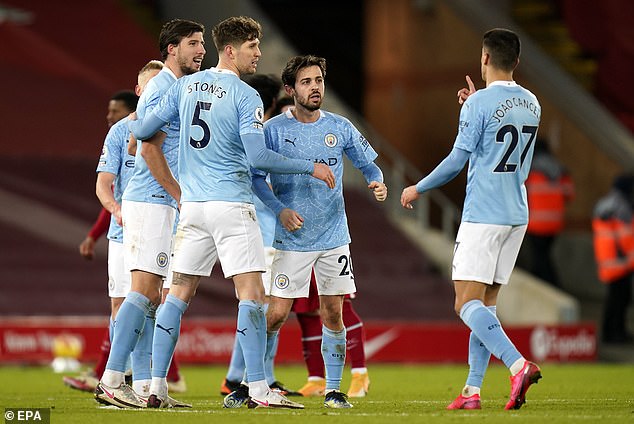 ‘Then immediately, you don’t know why, three defeats in a row. Do you think it cannot happen with us? Of course it can happen.’

City head to Swansea City on Wednesday hoping to avoid an FA Cup upset against opposition who ran them close two years ago. Swansea, second in the Championship, have lost just once since December 2.

‘The Championship is not an easy league, it is sometimes stronger than other (big) European leagues,’ Guardiola added. ‘We suffered a lot there, 2-0 down and our third goal was offside. It was a difficult day.

‘We understand how difficult it will be. We knew it immediately when we saw the draw. If we don’t understand this, we will be out.’