Manchester United legend Paul Scholes believes Bruno Fernandes has been ‘disappointing’ during big games for the club after he failed to inspire the team during their 0-0 draw at Arsenal.

Ole Gunnar Solskjaer’s men were held to a stalemate at the Emirates and have come under fire for not being adventurous enough as they dropped further points in the race for the Premier League title.

The Red Devils had led the table for a number of weeks thanks to the form of key playmaker Fernandes, who has 11 goals and seven assists in the league, but the midfielder has been unable to reproduce that quality in season-defining matches. 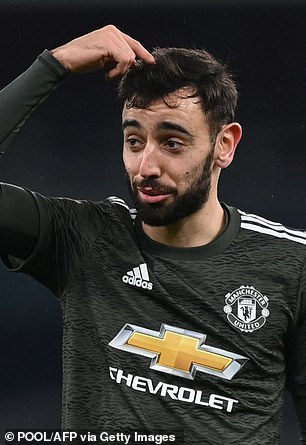 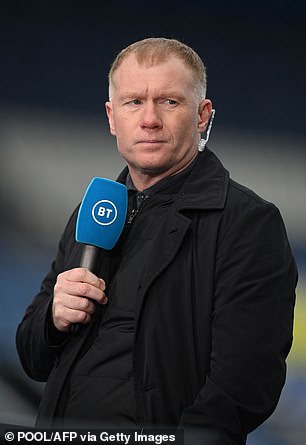 He hasn’t notched a goal or an assist in the last three big league games against Man City, Liverpool and Arsenal, which have all ended goalless.

Scholes says his lack of form in those big games is ‘really worrying’ and was a factor in the team’s failure to see off their rivals.

‘They (United) can’t seem to win those games [against the other teams at the top],’ he told Premier League Productions, via MEN.

‘When you’re struggling against Sheffield United the other night, you’re beaten by them and then you come to a big game, they just can’t win them. 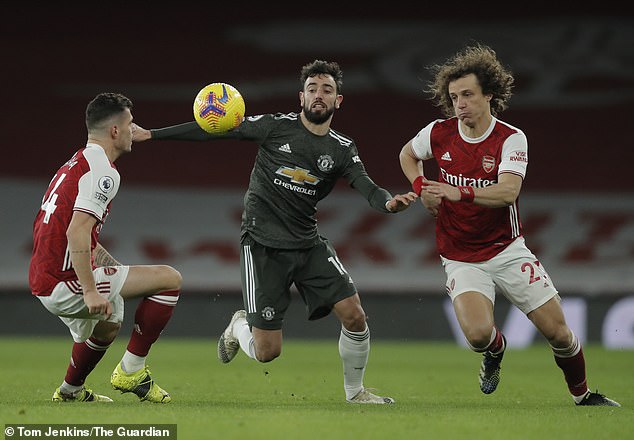 ‘They just can’t find a way of doing it. Bruno Fernandes has been disappointing in every single one of them. He’s had great numbers, great assists, great goals. In the last five games against big teams, he’s had no goals, no assists.

‘It’s really worrying and that’s why United are where they’re at. They’re in a good position tonight but it’s not a position where you think “this team will go on to win the league”.

United were the favourites going into the game against Arsenal, who have been rejuvenated under Mikel Arteta despite suffering a woeful start to their campaign.

Scholes slammed their lack of ‘desperation’ to win against the Gunners, who he said were ‘not a great team’ and believes it could cost them in their bid to win the title. 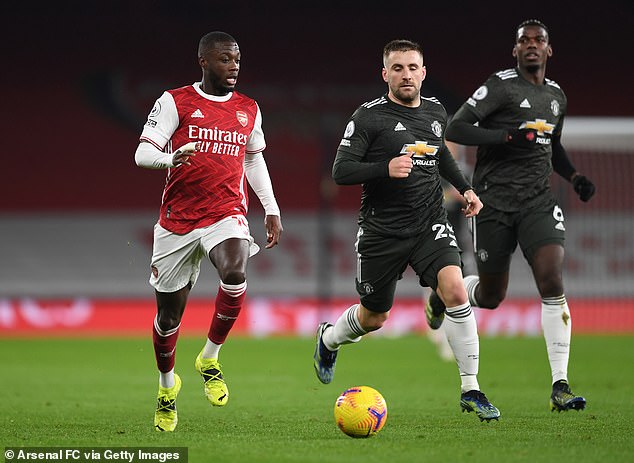 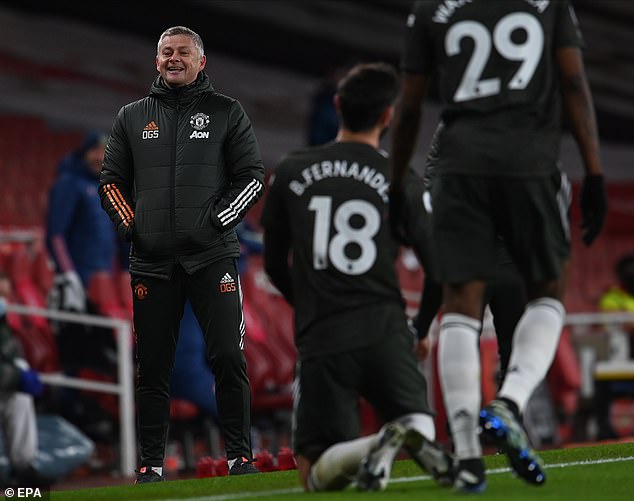 ‘They’ve come to Arsenal, who aren’t a great team, and they haven’t won the big game,’ he added. ‘There is no desperation to win it either. I don’t see them throwing bodies forward.

‘Arsenal weren’t a threat going forward, no Saka, no Aubameyang. United don’t do enough to win these big games, they don’t throw enough bodies forward and they don’t have a desperation to win them and to go on to win the league.’

Despite their minor blip, United remain second in the Premier League table, just three points off current leaders Man City – who have a game in hand.

Solskjaer’s men have two home games coming up which they’ll be expected to win against Southampton on Tuesday and Everton next weekend.