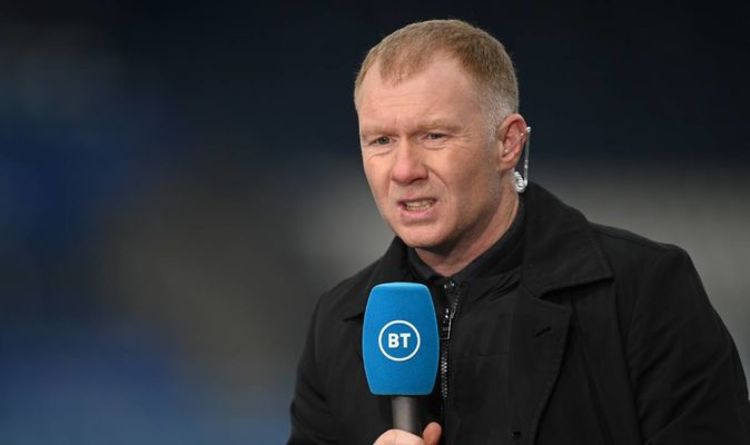 Manchester United legend Paul Scholes has told his former club to make one more signing but is positive that the Red Devils are heading in the right direction. It comes after a 3-1 win over Newcastle United that saw them return to second in the Premier League.

United are one signing away from reaching the next level.

That is the verdict from club legend Scholes, who is over the moon with how Ole Gunnar Solskjaer has the team playing at the moment.

The Red Devils returned to second in the Premier League after beating Newcastle 3-1 at Old Trafford.

Marcus Rashford played a key part, scoring the opener and winning a penalty for the third while Bruno Fernandes netted from the spot.

United are looking to push Manchester City all the way in the title race but are still 10 points behind them.

Nevertheless, Scholes believes his former club are making brilliant progress and are one more signing away from getting to the top.

“I said before the game I think that they’re missing a real dominant centre-back,” Scholes said on BT Sport.

“You look back at the history of the teams that win leagues, they have real leaders in the back four.

“I think Maguire possibly could be but I think they need somebody with him who could be really dominant in that position, really commanding, can bully a centre-forward, can demand from the rest of the squad around him on and off the pitch as well. I just think they’re missing that.

“I don’t think we’re that far off at all. I think the attacking play, the midfield play, Paul Pogba’s looked a brilliant player, the player we hoped we’d bought.

“A young Greenwood coming of age really. This lad could be a superstar.

“You’ve got Rashford, you’ve got Martial. Martial’s struggling for confidence I suppose but that lad’s got real ability.

“We’ve got the experience of Cavani, there’s goals in the team, Fernandes, I’ve not even spoke about Fernandes.

“I just think a real dominant centre-half with authority. It could take United to that next level.”