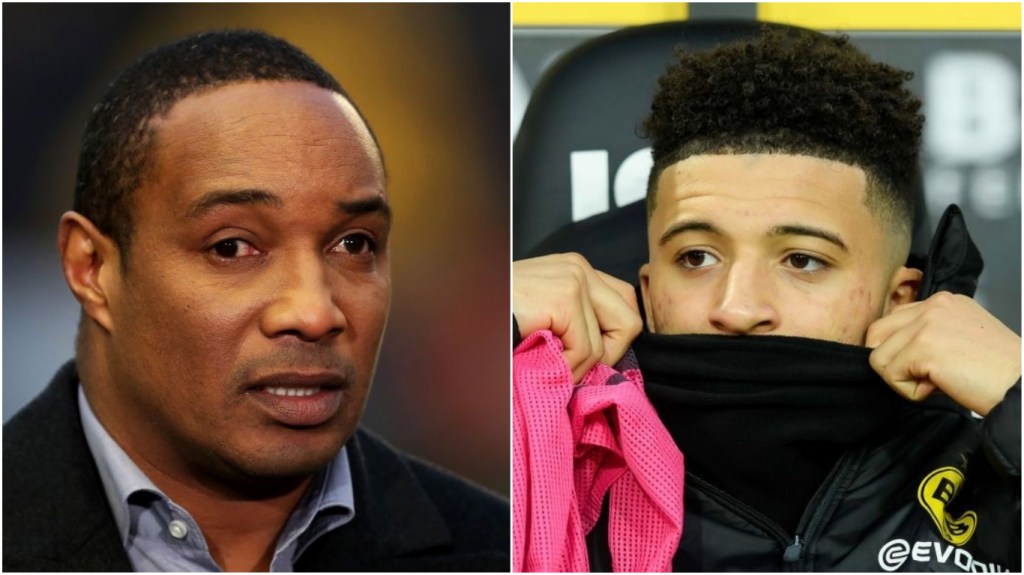 Paul Ince has told Jadon Sancho he must consider whether Ole Gunnar Solskjaer is the right manager for his development before moving to Manchester United.

The Red Devils have identified England winger Sancho as their top target ahead of the summer transfer window and Solskjaer is particularly keen for the teenager to arrive at Old Trafford.

Sancho, 20, has emerged as one of the most exciting players in Europe since signing for Borussia Dortmund in 2017 and is valued at more than £100million.

Real Madrid and Barcelona are set to rival Manchester United for Sancho and Ince has warned the youngster about moving to the Theatre of Dreams by questioning whether Solskjaer is capable of developing top-class players.

He told Paddy Power: ‘When it comes to transfers, it’s not just about the team, it’s about the manager.

‘Let’s look at Raheem Sterling as an example, Pep Guardiola has turned him into a world class player through his coaching and guidance.

‘Sometimes as a player, it’s about looking at a team’s manager and coaching staff and whether they’d take you to that next level. That’s a decision Sancho will need to make.

‘We know that Pep is experienced in that area, we know he can improve a player. But can Ole Gunnar Solskjaer? We don’t know that, whatsoever. We have no clue what he’s like at developing a player of that magnitude.

‘He’s clearly trying to develop a young team, so that will help, but in terms of actually the man to man management and development of someone like Sancho, he’s a total unknown.’

Ince, who made 281 appearances for Manchester United and won two Premier League titles at Old Trafford, added: ‘We’ve not seen any evidence yet that Ole can take a player to the next level.

‘Firstly, he’s not been at United long enough to know that, but also because in his previous jobs he’s not had players like that at his disposable.

‘Ole’s not at that yet, it doesn’t mean he can’t do that, but we’ve not had that proof yet.

‘What I’m saying is, Sancho needs to consider all of those factors, culture, environment, team and ultimately the manager.’