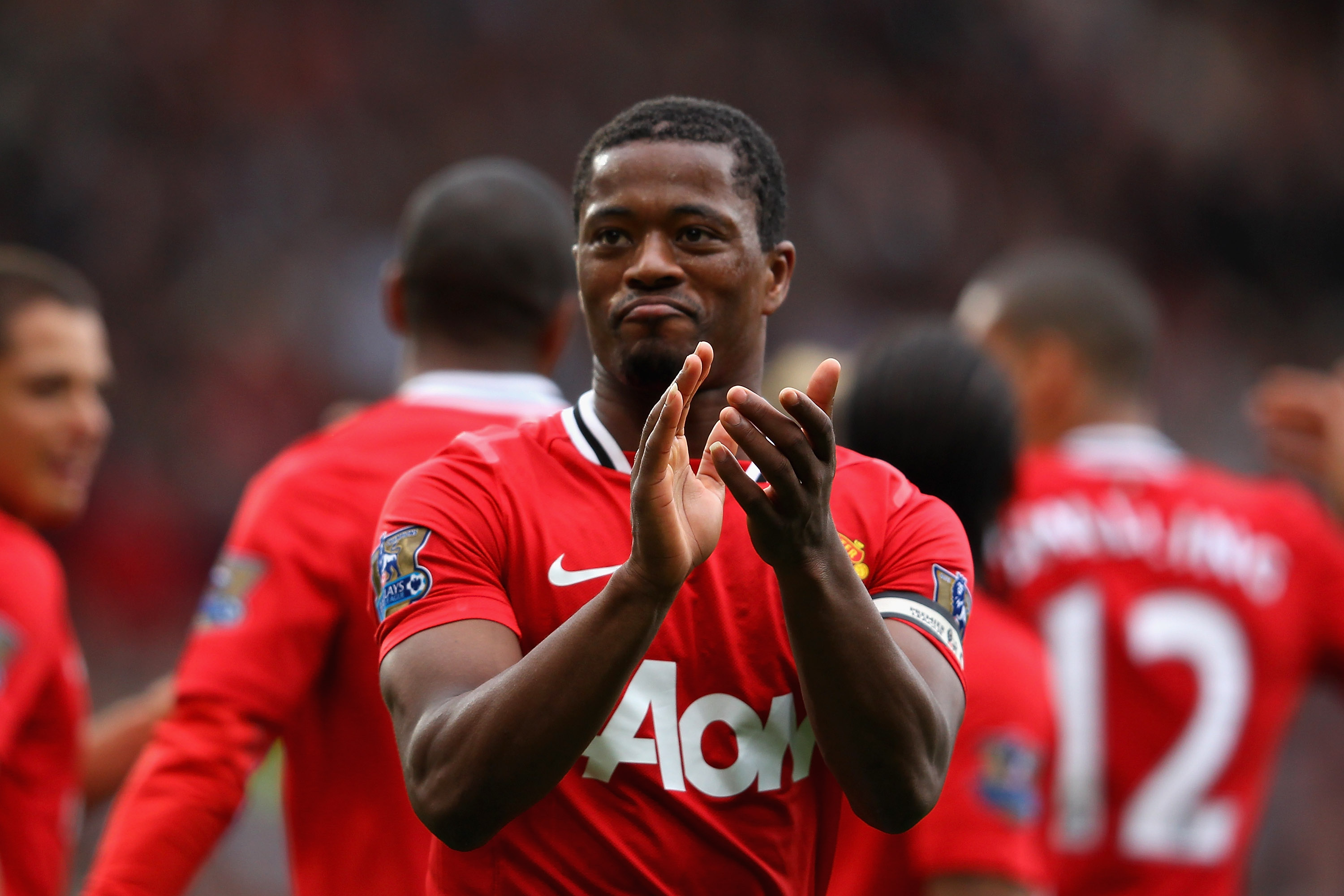 Patrice Evra has revealed his own agent apologised for sending him to Manchester United and told the full-back he would never be good enough for the Red Devils.

The Frenchman is an Old Trafford legend having won five Premier League titles and a Champions League trophy under Sir Alex Ferguson at United.

Ferguson plucked Evra from Monaco in 2006 and he made his debut against Manchester City, but was substituted at half-time in a 3-1 defeat.

It was a terrible start to his life at United and Evra recalled even his own agent wrote him off.

‘“What the hell am I doing here?” I was chilling in Monte Carlo, but here the football is so fast,’ Evra told UTD Podcast about his beginnings at United.

‘“Oh my God, you’re so done Patrice. You should go back to Monte Carlo”.

‘I remember thinking that and the worst part is when the game was finished.

‘We went back to my flat with my agent and his wife and my agent looked at me like this and said, “Patrice, I’m sorry”. I was like, why? “I’m sorry to bring you here. You’ll never make it, it’s too hard, you should stay in Monte Carlo”.

‘In front of his wife. That day was so bad, so embarrassing.

‘My agent actually telling me I should have never gone to Manchester United.

‘So yeah, I have this tough moment, but it helped me to become who I am.’

Evra would eventually adapt to the Premier League and establish himself as one of United’s best left-backs ever.

The 38-year-old is now a coach at the club and was asked which game he would like most to relive.

‘And they expect me to say something. But I will say the derby, the first game, because everything was new, I received a big slap on my face.

‘I thought I was a big player! My agent didn’t believe in me in front of his wife, Ferguson giving me the hairdryer…

‘It just made me realise, “Hey, you will have to work really hard here if you want to be a United player”.

‘So that’s the moment that I want to relive, because it was a hard moment, but such a positive moment.’