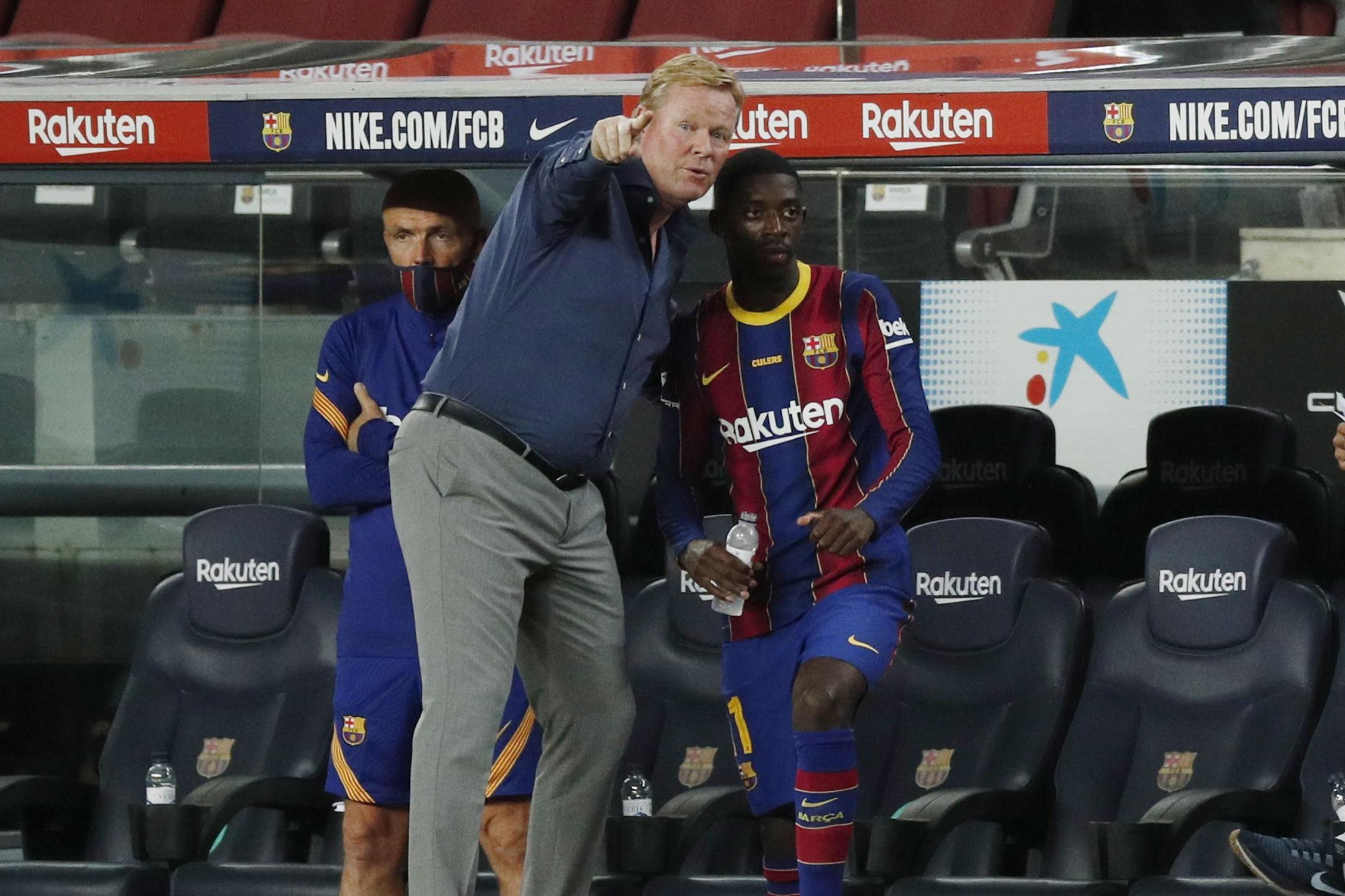 The France international, who was an unused substitute in Sunday’s draw with Sevilla, has emerged as a potential alternative for United with the club expected to miss out on No.1 target Jadon Sancho.

Unless United cough up the £100million Dortmund wanted for Sancho today – and even then the Bundesliga club may argue a deal has been left too late – then they will have failed to secure Ole Gunnar Solskjaer’s top target this summer.

Edinson Cavani and Alex Telles are expected to arrive today, however, a left-sided forward remains area of interest, and a move for Dembele – most likely on loan – could be in the offing.

“What is certain in the world? I don’t know,” said the Barcelona coach after the match.

“At the moment, he’s a Barcelona player. There’s still one day left for incomings and outgoings. We’ll see.”

“I opted for [Francisco] Trincao, Pedri and [Miralem] Pjanic [off the bench].

“We needed more control and that’s why I made these changes.”

While Koeman may have been coy on Dembele’s future, Barcelona need to free up space – and wages – if they are to complete the signing of Memphis Depay.

Lyon sporting director Juninho admitted yesterday that Depay “has an agreement with Barcelona” but moving on Dembele could prove pivotal to getting that deal over the line.