The Boys of Summer came on the radio and the sound of Don Henley’s voice filled the car. ‘Out on the road today,’ he was singing, ‘I saw a Deadhead sticker on a Cadillac.

A little voice inside my head said: “Don’t look back, you can never look back.”’ I ignored him, pulled off the motorway into the service station and opened up my laptop.

I was driving north to see my mum and dad. They are old now and have been forced apart by ill-health. Like members of so many families, they have been unable to see each other for months because of the lockdown and the dangers of the coronavirus and because of age and circumstance and the way life goes.

Maybe that was why the idea of trying to buy back a little piece of my childhood made me happy. 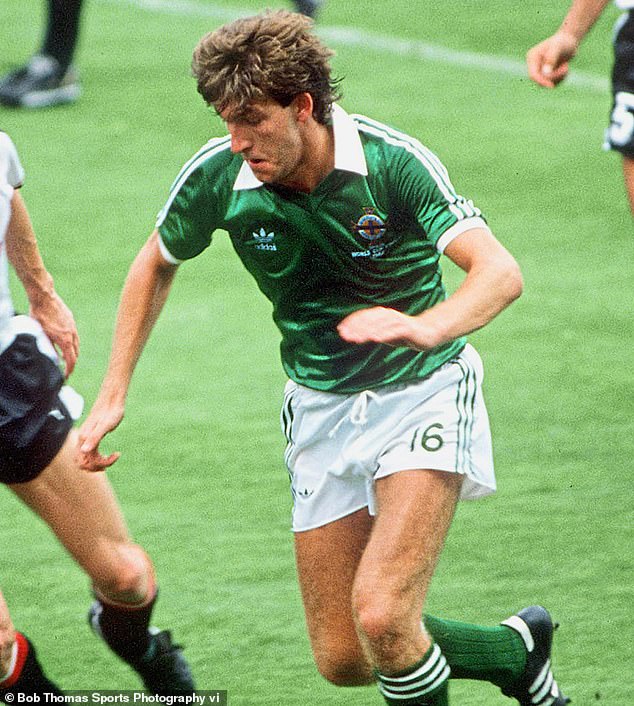 Norman Whiteside was a star for Northern Ireland and Manchester United, and an auction was held recently for the sale of some of his prized football memorabilia

The computer screen burst into life. I had typed in the address of the auction site before I left. I waited to log in and let my mind wander back to the 1982 World Cup and the time I leapt off the sofa when Brazil played Scotland and Eder chipped Alan Rough and it felt as if this was everything that Brazil was supposed to be. To a football-mad teenager who was too shy to speak to girls, the beauty of it seemed just about perfect.

My parents laughed then at how carried away I was getting but I loved that tournament. Back then, Brazil’s players still seemed like mystical beings. I had never seen footballers such as Eder, Falcao, Socrates and Zico before.

Even when Brazil were knocked out, I forgave their conquerors, Italy, and willed them to beat West Germany in the final. Marco Tardelli’s goal celebration still makes me well up when I see it now.

There was something else about that World Cup, too. It was the moment that marked the beginning of Norman Whiteside becoming the hero of my adolescence, the central figure of my obsession with football. I was going to Manchester United games home and away in those days, as well as Stockport County matches, and Whiteside fast became my favourite player. 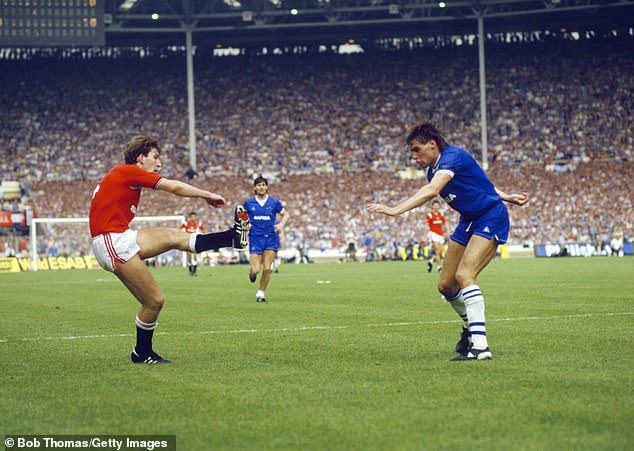 He had played only twice for United when he was picked in Northern Ireland’s squad for that World Cup and, when he appeared in their opening game against Yugoslavia just 41 days beyond his 17th birthday, he became the youngest player in history to appear in the finals, beating Pele’s previous record, set in 1958.

It is a distinction Whiteside still holds. Northern Ireland beat hosts Spain during the tournament – one of the great David and Goliath triumphs – and reached the second phase. Whiteside started every game.

I saw him play almost every week over the next few years before I went away to university. I loved his combative style and, as is the way when you have heroes, I felt I could appreciate things in his game that others could not. It annoyed me when newspaper reporters attributed a flick-on or a pass to Frank Stapleton when I knew it had been Whiteside. I was convinced he never got the credit he deserved.

He was at the heart of many of my happiest moments as a football fan but the happiest of them all — alongside Stockport’s Micky Quinn scoring a hat-trick against Crewe at Gresty Road — was when Whiteside scored the winner in the FA Cup final against Everton at Wembley in 1985, when the cup still seemed like the greatest prize in English football.

There were terraces then, of course, and even though the horrors of Heysel and Hillsborough were not far away, mostly I remember the joy and the mayhem, the surge of humanity, the hugging of strangers, the sheer elation of a time when it felt nothing else mattered. When it is your hero who scores a goal like that, you feel you own a little part of it, too.

I went away that October and never really came back. Whiteside’s career was blighted by injury and he retired at the age of 26. He left the game in 1991, just before the advent of the Premier League. He was reasonably well paid while his career lasted but he was not around long enough to hit the post-Taylor Report, post-Bosman jackpot. 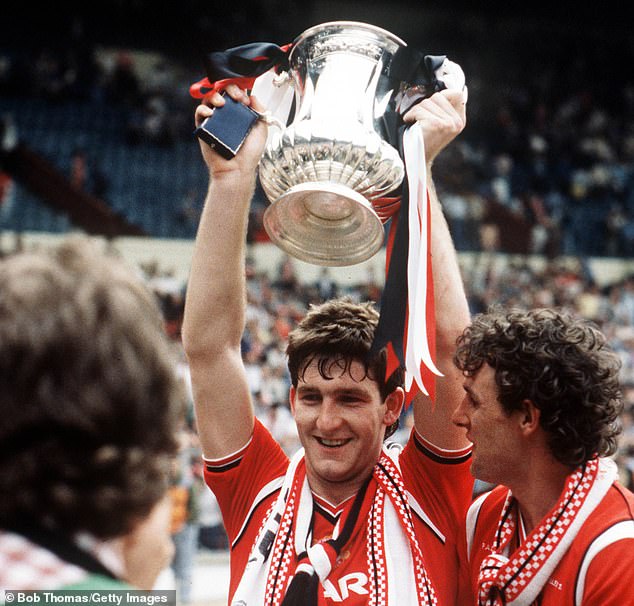 The FA Cup held huge importance, and Whiteside thrust it into the air after his late winner

He has always stayed loyal to United. He still represents the club in ambassadorial roles or as a match-day host. A month or so ago, he announced he was auctioning off the prized possessions from his career. ‘No one’s pressurised me to do it,’ he said, ‘but now I’m 55, I want to make sure all my pension provisions are in place.’

The auction, at Ewbank’s in Guildford, was last Wednesday. Maybe Don Henley is right and you should never look back but I felt I wanted to preserve something. Or maybe I wanted to commemorate something. Just stare at something on my wall and be transported to another time and place when I could still make my parents laugh just by watching a football match and jumping off a sofa.

What I really wanted was the shirt Whiteside wore in that 1985 FA Cup final but I knew it would be out of my reach. Lot 51 was the pair of green shorts he wore in the 1982 World Cup. I made a bid online for them and tried to tell myself it was just a bit of whimsy and that I wouldn’t mind if I didn’t get them. I set off for the north around midday, just as the auction was starting. I lasted half an hour before I pulled over.

The auction went well. I was right about the shirt being out of my reach: it fetched £23,000. His winner’s medal from 1985 sold for £30,000. The auctioneer could not disguise his pleasure at how brisk business was. Stapleton and Mark Hughes were among the bidders for one lot, he said. ‘Bids are coming in late like one of Norman’s tackles,’ he said at one point. ‘Sorry, Norman, if you’re watching.’

I did not get the green shorts. I bid more than I should have done but it turned out they were out of my reach, too. But I stayed online to watch the rest of the auction. Lot 54 was a pair of white shorts Whiteside wore at the 1982 World Cup, either against Honduras or Austria, with his No16 at the front left.

The bidding was more modest and my heart leapt and this time I got them. I am not exactly a snappy dresser so it may not mean an awful lot but they are definitely the most expensive pair of trousers, short or long, I’ve ever bought. 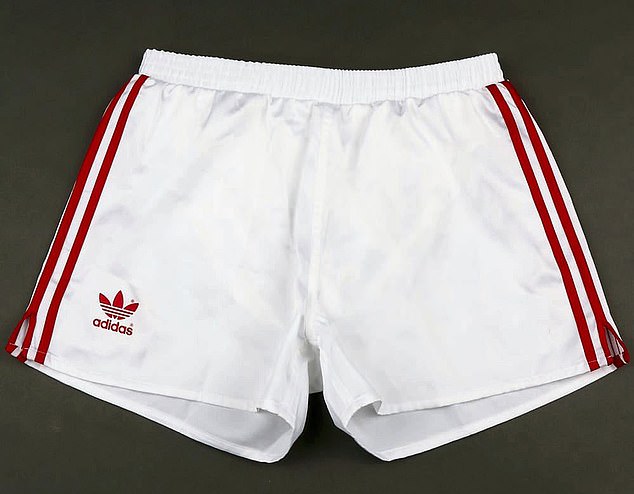 The white shorts worn by Whiteside at the 1982 World Cup, against either Honduras or Austria

I felt inordinately pleased. I called an old friend of mine who lives and works in Belfast to tell him. He laughed. He is a television reporter. He said he had been on a job that morning at some playing fields named after Whiteside.

The next day, he sent me a picture of the front page of the Belfast Telegraph. It said the auction had raised £253,084. Which, in football’s new world, is just about what Manchester United forward Anthony Martial earns in a week.

I shut my laptop and drove the rest of the journey north. I did a few chores and a bit of shopping for my mum and then we sat outside her cottage in the sunshine and ate some fish and chips, watching her cat leaping around in the long grass. I told her about Norman’s shorts and she laughed.

Here is a prediction: the refusal of the board of Exeter Chiefs to change the name of the club will lead to a period of rancour and increasing outside pressure and, after months, maybe years, of bitterness and condemnation, they will make the change anyway.

The history of the Washington Redskins in the NFL should tell the club that. The Redskins have finally accepted that their name is out of step with more enlightened attitudes towards race.

The Chiefs’ failure to heed that lesson and the inability to understand that their name jars in the 21st century is dispiriting. 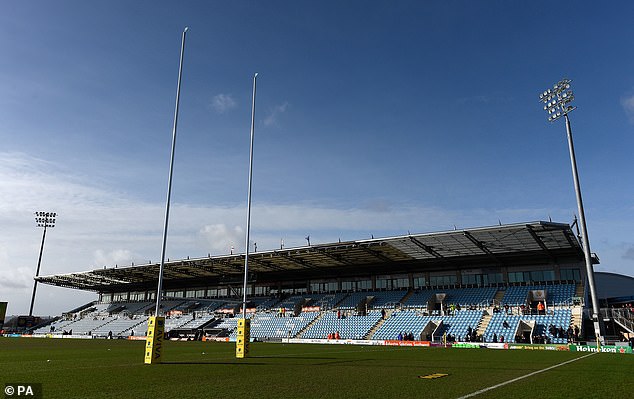 Exeter Chiefs have refused a name change, though it is likely it will happen in the future

It is welcome news that the proposed Saudi Arabia takeover of Newcastle United collapsed last week.

I hope the club rid themselves of the yoke of Mike Ashley soon but leaping from the grip of one owner who is tearing away at the club’s identity into the arms of a despotic state that, it is alleged, dismembered a political opponent, Jamal Khashoggi, with a bone saw two years ago, would only have made a bad situation worse.

Maybe Newcastle would have got 54 points next season instead of the 44 they managed this season but they would have lost what Ashley has spared of the club’s soul in their process. 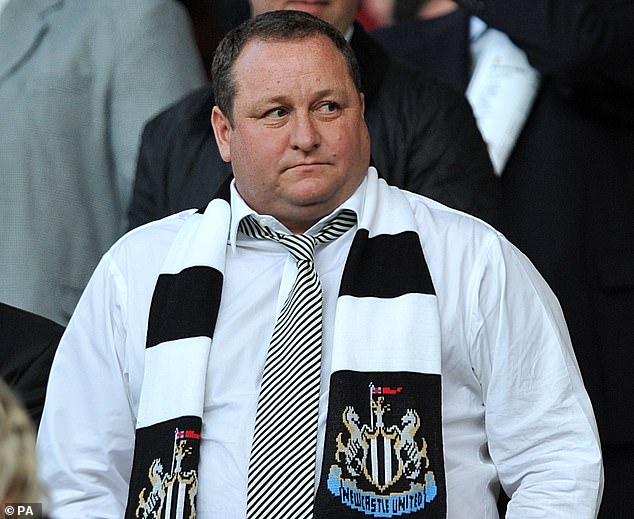